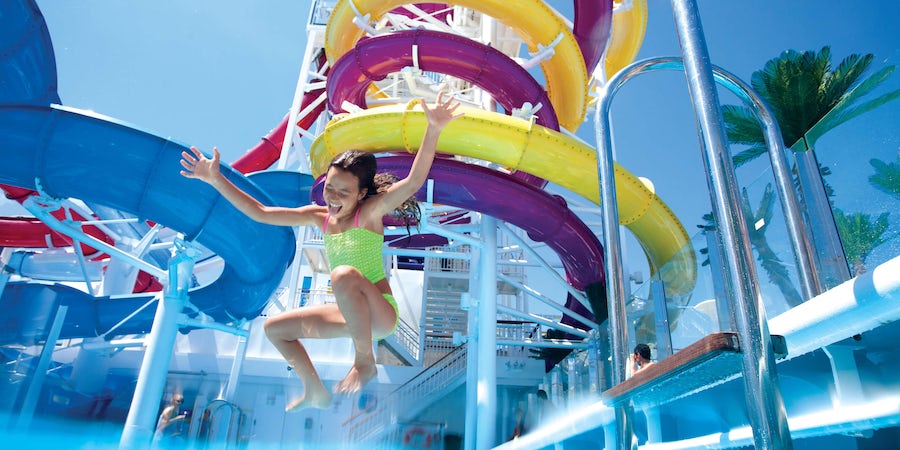 Norwegian Cruise Line's laid-back style is a great fit for families traveling with children. This is especially true of the cruise line's newest ships, which are jam-packed with activities and amenities for children and their parents to enjoy. The Breakaway Class, which includes Norwegian Breakaway, Norwegian Escape and Norwegian Getaway, has expansive kids club facilities, family suites and plenty of onboard activities to keep the entire family entertained on all three ships.

Norwegian's kids club is called Splash Academy, and the facilities are designated by age groups: 3 to 5, 6 to 9 and 10 to 12 years old. Onboard the Breakaway-class ships, Splash Academy encompasses two stories and features high-tech games, a circus school and a cinema, along with standards like karaoke, video games, and arts and crafts.

Teens can hang out in Entourage -- a lounge space complete with televisions, video games and air hockey tables -- which serves as a teens-only nightclub.

All of Norwegian's ships also have parent-child play areas and special programming for babies and young toddlers, as well as late-night group babysitting services available for a fee. If you're sailing on Norwegian Escape, drop-off childcare for small children is also available throughout the day for an added cost.

Norwegian has a reputation as the cruise line for active, adventurous travelers, so while many of its onboard activities were designed with fun-loving adults in mind, they're also perfect for keeping kids busy on sea days. The Breakaway-class ships have rock climbing and rappelling walls, ropes courses, climbing cages, and water parks with multiple large water slides and separate kids pools. On Breakaway and Getaway, The Plank -- a part of the ship's ropes course that actually extends off the edge of the ship and over the sea -- is not to be missed.

Each ship in the Breakaway Class features a number of family suites, mini-suites and villas that can accommodate as many as six passengers each. They also have dozens of dining options to meet the tastes and preferences of even your pickiest eater, most of which are quite casual so you don't have to worry about forcing your kids to dress up.