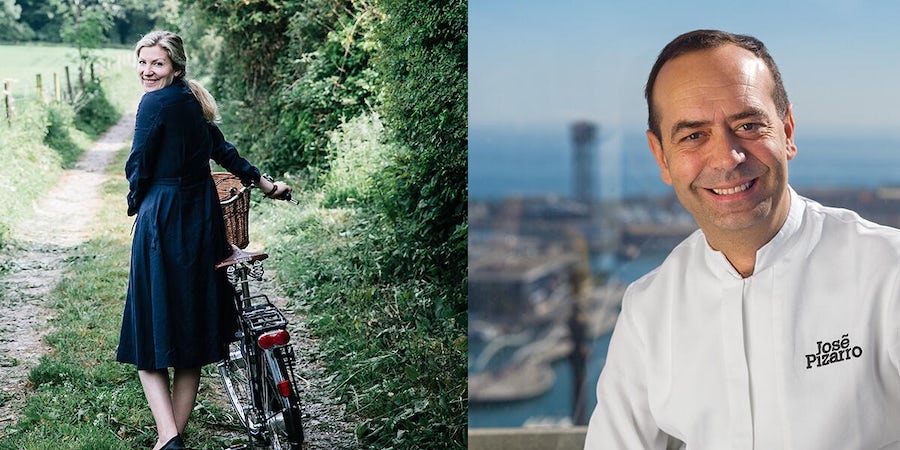 There are two types of feasts that have always made cruising popular -- the feasts for the eyes that come with calling at a different port every day or two and feasts for the stomach.

Today, cruise lines are becoming increasingly ambitious when it comes to the latter. P&O Cruises is one of these lines. Over the past few years, P&O Cruises has developed partnerships with some of the UK’s favourite celebrity chefs in order to produce ground-breaking menus and offer new culinary concepts onboard.

To experience P&O’s fervour for food at its fullest you can join one of its Food Heroes Cruises. Here’s everything you need to know about these tantalising sailings.

In May 2019, P&O announced that is was adding three more Food Heroes to its offering. The restaurateur, cookery show cameo star and Master of Tapas, José Pizarro will join MasterChef Norway judge Kjartan Skjelde and cookery book writer and photographer Marte Marie Forsberg as Local Food Heroes for P&O Cruises’ new ship Iona, which will make its maiden voyage in May 2020.

Several times throughout the year, one of the Food Heroes joins a cruise to offer special activities, events and experiences onboard.

In 2020, Marco Pierre White will make appearances on Iona’s seven-night Norwegian Fjords cruises from July 25 to August 1 and August 1 to 8, as well as Britannia’s 14-night Mediterranean cruise from August 15 to 29.

Related: Which Ships Will Be Cruising From U.K. Ports in 2022?

Olly Smith, meanwhile, should be on three sailings -- Britannia’s 14-night Mediterranean cruise from 20 June to 4 July, Iona’s seven-night Norwegian Fjords cruise from September 5 to 12, and Azura’s 12-night Spain and Portugal sailing from October 4 to 16.

P&O’s small print says that these dates are subject to change. No official dates have been released for when the new trio of Local Food Heroes will take to the seas.

Every Food Heroes cruise offers passengers the opportunity to have face-to-face, hands-on experiences with the Food Hero starring on the itinerary.

The big draws are similar on the cruises that welcome Eric Lanlard onboard. Passengers can take part in a masterclass in which Lanlard spills the beans on how to make indulgent sweet treats such as tarts, ganaches and souffles. Plus, cruisers can join Lanlard for a hosted dinner.

No Eric Lanlard Food Heroes sailing is complete without sampling his afternoon tea menu in The Epicurean. Served on tiered china, the tarts, eclair, pastry and bread recipes that Lanlard has devised for P&O are worth the lifetime on the hips.

When Olly Smith joins a P&O cruise, the highlight has to be the wine tasting sessions. Smith curates the wine lists for all the line’s Glass House bars and, in these sessions, his aim is to take sippers and swillers on a virtual journey using reds, whites and roses.

Smith also takes part in hosted dinners, in which he selects the wine list to accompany the food. Plus, on his Food Hero cruises he offers autograph evenings, Q&A sessions and drinks parties.

On the new Local Food Heroes front, no details have been released about the sorts of activities and experiences the trio might be offering should they spend time onboard with guests.

However, the line has confirmed that José Pizarro has created a bespoke tapas menu, which will be available in Iona’s Glass House on Spain, Portugal and Canary Island sailings. It has also revealed that Marte Marie Forsberg has devised a selection of home-style Norwegian dishes, which will be served in Iona’s main dining restaurants on Norwegian Fjord itineraries.

On top of this, award-winning chef Kjartan Skjelde has dreamt up a six-course Norwegian-inspired taster menu for the Epicurean restaurant on Iona. Plus, street food style dishes created by all three Local Food Hero chefs will be available to try in Iona’s new Taste 360 eatery on both Norwegian Fjords and Spain, Portugal and Canary Island sailings cruises.

These are cruises for foodies. If you have a nose for farm-to-fork dining and a scrape-the-plate-clean, always-room-for-dessert personality, then you’ll be able to make the most of a Food Heroes cruise.

Britannia and, from 2020, Iona host the lion’s share of Food Heroes cruises, but some Olly Smith experiences also take place on Azura. The new trio of Local Food Heroes are all linked to Iona.

Related: How I Learned to Cook With Marco Pierre White: Live From P&O Cruises' Iona