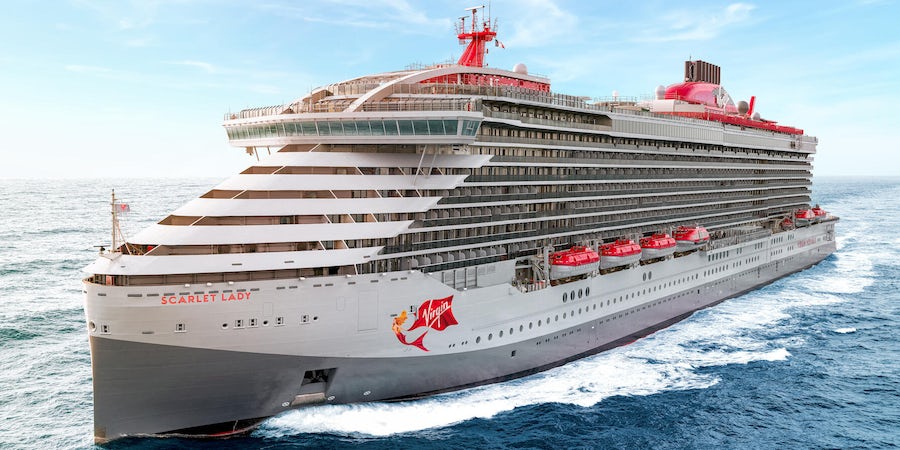 Solo cruises blend relaxing downtime with the freedom to just do you. And thankfully, cruises for solo travelers are becoming easier to find. In recent years, some of the top cruise lines have made a greater effort to cater to solos.

Maybe you're wondering what cruise lines offer solo cabins? Take your pick of Holland America, Norwegian, Royal Caribbean, newcomer Virgin Voyages and even Cunard. If you're after a spoil-yourself solo vacation, luxury lines like Seabourn and Silversea offer reduced fares for those traveling alone. You'll also want to consider which lines charge single supplements when looking at fares, as this can actually increase costs.

Cruise Critic went looking for cruise lines that make solo cruises easy, from booking to life onboard. What we found are the eight best cruise lines for solo travelers.

Norwegian Cruise Lines is one of the best lines for solo cruisers for many reasons, though its extensive inventory of single cruise cabins put it ahead of the pack. NCL's single cabins -- which it calls studios -- are featured on many of its newest ships. Norwegian Epic was the first ship to add studios and has the most -- 128 -- but other ships have followed suit. Norwegian Breakaway and Norwegian Getaway have 59 studio cabins; Norwegian Bliss, Norwegian Joy and Norwegian Encore each have 82 studio units. Four studios also can be found on Pride of America, perfect for solos looking for a Norwegian cruise in Hawaii.

A full-sized bed, flatscreen TV and private bathroom are all packed into these up-to-100-square-foot accommodations. Although all studios on Norwegian cruises are inside cabins, some have windows that look out onto corridors. Studio cabins on Norwegian Bliss, Norwegian Joy and Norwegian Encore have virtual portholes that stream ocean views. Four different colors of ambient lighting jazz up the solo rooms.

The biggest perk of booking Norwegian's single rooms, however, is access to an exclusive, shared social space called the Studio Complex and Lounge. (It's not available on NCL's Pride of America, but studio occupants do have access to a shared living room space.) It's a sleek common area with its own large-screen TVs, coffee-making facilities, a bartender at certain times of the day and daily hosted pre-dinner gatherings.

NCL Solo Cruise Pricing: Studios on Norwegian cruises are priced for one; all other cabins come with single supplements up to 100 percent over standard per person double-occupancy fares.

Holland America Line is renowned for its commitment to solo cruisers. There are plenty of activities that can be delightfully solitary or a means to meeting others (like HAL's excellent culinary offerings, from hands-on cooking workshops to wine tastings). Holland America's Single Partners Program, available on most voyages, offers events for solo travelers like cocktail mixers and games, too. Singles are also invited to dine together (by advance request).

But does Holland America have single cabins, you ask? Yes, they do. The line's biggest and newest ships, Koningsdam, Nieuw Statendam and Rotterdam, offer 12 solo cabins. They are all ocean view rooms (perfect for that Holland America Alaska cruise you've been dreaming about) and range from 127 to 172 square feet. They feature all of the same amenities of a double-occupancy cabin, but with a twin bed.

Holland America Line Solo Cruise Pricing: Solo cabins are priced for one; single supplements are as much as 100 percent over standard per person double-occupancy fare for all other cabins.

Harmony of the Seas and Symphony of the Seas also offer two categories of solo cabins (inside rooms and outside rooms, though none with virtual or true balconies), but only 15 are available, and they're smaller, starting at 96 square feet.

A variety of activities onboard Royal Caribbean ships allows solo cruisers to socialize and have just as much fun at sea as couples and groups. From scuba training in the pool and group fitness activities to wine-tasting demonstrations and cooking classes, solo cruisers can easily keep themselves entertained.

Virgin Voyages makes booking (and cruising) solo a breeze. All Insider and Sea View cabins are designed for 1 to 3 or 4 “sailors.” Virgin cruise line's website allows solo cruisers to choose “1 sailor” at the beginning of every search for voyages. All prices shown are then automatically converted to the cruise fare for a single, rather than the standard price per person, double-occupancy rate.

Ease of booking aside, the line is also readymade for solo cruisers. Virgin cruises, like Scarlet Lady, offer a wide array of edgy extras and are designed for socializing. From getting a tattoo at sea to the omnipresent DJ in the Roundabout, group yoga and Pilates classes, and racy evening entertainment, there are plenty of spaces and chances to socialize or indulge yourself by yourself.

Virgin Voyages cabins are easily configured (and rearranged mid-cruise) for both sleeping and entertaining, giving solo cruisers all the comfort they need and none of the “welcome to my tiny space” vibe.

Virgin Voyages Solo Cruise Pricing: Single supplements on Virgin Voyages range from 75 to 100 percent of double occupancy rates. Solo pricing is as low as 75% over the standard fare for Insider, Sea View and Sea Terrace cabins, and 100% higher for suites.

Cunard has long attracted solo cruisers to its traditional cruise ships and ocean liners. The convivial onboard atmosphere means that solos can easily make friends with their shipmates if they choose. Cunard does try to accommodate passengers who wish to dine solo, but this depends on each voyage's occupancy.

Solo travelers are unlikely to be bored on any Cunard ship with so many activities taking place onboard. You can attend lectures by experts in various fields, see a planetarium show on Queen Mary 2, enjoy theatrical workshops and performances by members of the Royal Academy of Dramatic Art, play numerous rounds of team trivia and relax in the spa.

The small size of the ships in Silversea's fleet make it easy for solo cruisers to meet people in an intimate setting. Some of the enrichment programs and special-interest cruises ensure a compatible mix of people with like-minded interests, solo or not. That's especially welcome for solo cruisers who want Silversea's pampering level of service alongside adventurous destinations like Antarctica, the Galapagos Islands, or Alaska.

Cruises for solo travelers aboard Silversea don't include "single" cabins. However, Silverseas' singles specials do occasionally pop up, helping solo cruisers sail alone without a huge penalty. Solo fares are often 25 to 75 percent above the double-occupancy rate. Singles make up about 7 percent of the line's passenger base, ensuring a good amount of fellow solos onboard any given voyage.

A welcome reception with Champagne is held on every voyage with a large number of solos. Most voyages of more than 10 days also have gentleman hosts onboard as dance partners and shore excursion escorts.

Silversea Solo Cruise Pricing: Single supplements on Silversea can range from 0 to 100 percent (including on Silversea expeditions), depending on the suite type and specials offered.

Seabourn Cruises is ideal for solo cruisers who want a little luxury in their vacation. The line's small ships, with their cozy and social atmosphere, mean that singles won't be overlooked. And getting to know fellow cruisers -- and staffers -- is easy. That's a bonus for solo cruisers looking to hop on any of the line's itineraries, including a Seabourn Mediterranean cruise.

One of Seabourn's loveliest traditions is to have its officers, staff and entertainers host tables at dinner -- not only on a formal evening but just about every night. Solo passengers receive special consideration when it comes to invites, so you really don't have to dine alone if you don't choose to. All cruisers are usually escorted across the dining room by the maitre d' or other staffer, which is a nice touch, especially when you are traveling solo.