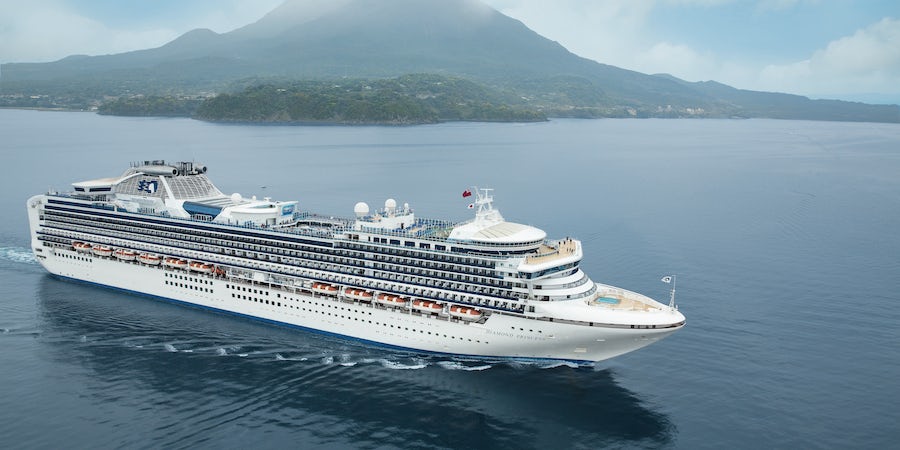 Princess' Grand class is the line's largest ship class with nine vessels, divided among the main Grand classification and three subclasses, with slightly evolved designs (and some with an extra deck). The class ranges in size from carrying 2,600 passengers on the older Grand-class ships to room for 3,080 cruisers on the newer ships in the class. (Another Grand-class ship, which has had extensive refurbishments, carries 3,140 people but it is an outlier.)

All of Princess' Grand-class ships offer laid-back entertainment with a variety of scheduled activities throughout the day, and live music or big-stage musical productions in the theater at night. Other spots that are common across the class is a sports court with basketball, multiple pools (including aft and spa pools) and hot tubs, an adults-only (and extra fee) Sanctuary outdoor lounge and a large spa with yet more hot tubs and saunas. As with all of Princess' fleet, you won't find any water parks, water slides, ropes courses or other similar activities on any of the Grand-class ships.

All the Grand-class ships also have several lounges. In particular, all have the Explorer's Lounge and the Wheelhouse Bar. Crooners is on all but Golden Princess, and the Skywalkers Nightclub is on all but Grand Princess.

As for dining, every Princess Cruises' Grand-class ship has several main dining rooms, one (or more!) pizza joints, quick-stop spots for snacks and light lunches, and specialty dining venues perfect for a special night out. Other than the main dining rooms and buffet (which is laid out differently across the class), all Grand-class ships also have a steakhouse, either called Crown Grill or Sterling Steakhouse but having the same menu.

When it comes to accommodations, all of the Grand-class ships have the typical array of cabins, but only they have the two-bedroom family suite, which features two bedrooms, two bathrooms, a shared lounge and a large balcony.

Differences Among Ships Within the Grand Class

There are many differences between the nine ships in Princess' Grand class, but one of the most significant is that five of the ships (Grand, Golden, Star, Sapphire, Diamond) have one fewer deck than the others. Yet despite the lack of an extra deck, two of these smaller ships (Grand and Diamond) have a nine-hole mini golf course, along with Caribbean, Crown, Emerald and Ruby Princess.

Among the biggest differentiators between the ships are which restaurants are onboard. For instance, all Grand-class ships have Sabatini's Italian restaurant, except Emerald Princess and Ruby Princess, which both have SHARE by Curtis Stone. Those two ships are also the only Grand-class ships to have the Salty Dog Gastropub. Two other restaurants Emerald Princess only shares with one other ship (Caribbean Princess) are Steamers Seafood and Planks BBQ.

The popular Crab Shack is only on Caribbean Princess, Sapphire Princess and Diamond Princess.

Diamond Princess, which was refurbished specifically to accommodate the Japanese clientele it pulls in from its base in Asia, is different in other ways as well. It is the only ship in the fleet with the Kai Sushi eatery, and unlike all the other Grand-class ships, it doesn't have the International Cafe or the Vines wine bar. It's also the only ship with a Japanese bath system, with a variety of specialty bathing areas at the back of the ship, and it's the only ship with some of the bathrooms on the ship outfitted with bidet toilets.

While not nearly as extensive, there is a thermal suite onboard four other ships in the class -- Caribbean Princess, Emerald, Ruby and Star Princess.

Families should note that Caribbean Princess is the only ship in the fleet with a family-centric pool deck (debuting June 2019), complete with splash pool.

Fans of Princess Cruises' Grand-class ships enjoy the relaxed atmosphere the midsized vessels bring while also appreciating the robust entertainment and dining options onboard. These cruisers do not need heart-pumping attractions or loud noise on the pool deck but are instead happy with multiple games of trivia, the occasional arts and crafts class and plenty of quiet time for reading and napping.

Those who wish to stick to the smaller end of the midsized scale will want to consider Grand, Golden, Star and Diamond Princess, though the trade-off will be fewer specialty dining venues.

Anyone considering Diamond Princess, however, should be prepared for a multicultural experience with lots of Japanese cruisers onboard, and food and entertainment that is more varied than is usual on a Princess cruise.

Families should look to Caribbean Princess, which has the family-centric pool deck and also features OceanMedallion, a high-tech system that allows parents to keep track of their kids no matter where they are onboard.