You may also like
Dismiss
Is an African Cruise Right for You?
What Are Tropical Cruises, and Which Is Best for You?
Jewish Cruises: From Holiday and Heritage Tours to Kosher Cruises
What's New in River Cruising for 2018
Festival at Sea: Immerse Yourself in African American Culture on the High Seas
Jazz Theme Cruises
Grown & Sexy Cruise
Rock Cruises for Music-Lovers
Capital Jazz Supercruise 2021 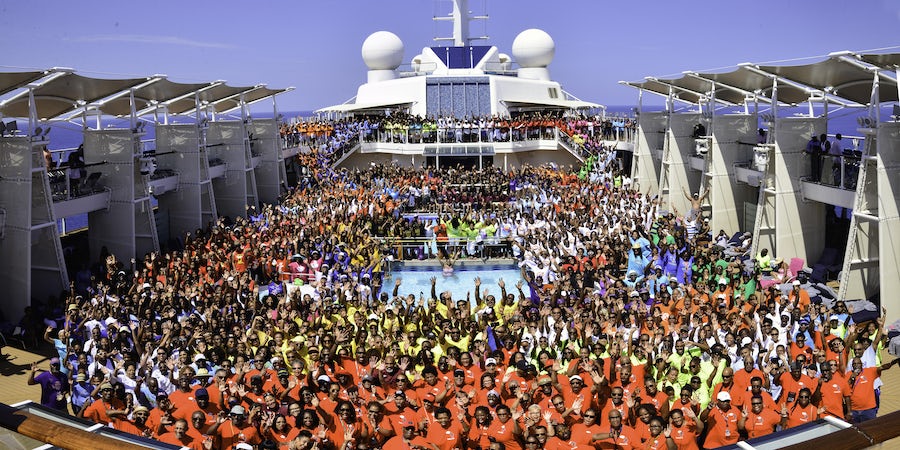 Black Cruises: What to Know About African-American Cultural Cruises

If you've ever typed the phrases "Black Cruise," "African-American Cruise" or "Grown and Sexy" into your Google search window, you know what I'm about to tell you.

From incredible music to phenomenal theme nights, cruises aimed at an African–American audience are popping up in destinations around the globe.

We take a closer look at these black-themed cruises, so you can whittle down your options and find the right opportunity for your next getaway.

What Is a Black Cruise?

You'll find African–American travelers on all kinds of cruise lines. It's a testament to a community that has a wide variety of interests.

Whether they are wellness seekers, animal-lovers or science buffs, you're likely to find African–Americans in the mix on most cruise ship sailings. In fact, a 2018 Cruise Lines International Association (CLIA) report found that cruisers who identify themselves as black/African–American overwhelmingly chose ocean cruises as the top choice for "best overall vacation" when compared to river cruises, land-based nonresort vacations, house rentals, escorted tours, resort packages and more.

You'll find all of the things that people love about traditional cruising on an African–American cruise, but the difference is that American black vernacular and culture aren't limited to side chatter. On a black cruise, they take center stage.

The other common ingredient: people having a great time. There's simply something about getting together with people who share an unapologetic love for your culture that can't be ignored.

Related: 12 Surefire Ways to Have a Miserable Cruise

The black cruises we found aren't sponsored by the cruise lines. They are cruise charters that take place on regular cruise ships but are managed and sold by independent companies. That means that they are likely to appear as one-week only options that run in between scheduled general public sailings. In some instances, they are simply organized gatherings on sailings that are already happening.

The ships themselves will feel familiar to avid cruisers. Carnival, Holland America and Royal Caribbean ships seem to lead the pack in terms of the brand names that are often associated with black cruise sailings. And the ships themselves, though they may be transformed in terms of thematic offerings, don't change their layout, room sizes or restaurants just because there's a specific group onboard.

For that reason, when choosing which black cruise to book, you will also want to consider which cruise line and ship has been chartered.

What to Expect on a Black Cruise

If you've ever been to an African-American barbecue, beach party or potluck, you know that having a great time is nonnegotiable. A black cruise is no different. You can count on a few things:

Predominantly black American passengers. There is no race or skin color requirement for attending a black-themed cruise, but most people who have chosen the cruise have done so specifically to be in a majority space that they can't find elsewhere.

Incredible music playing constantly. Music is a huge part of most of these cruises, and there are as many options as there are interests. (See below for cruises that focus on a particular genre.) The result is an on-ship atmosphere that can feel like an intimate concert and a music festival at the same time. On some ships, the party goes all night. Don't be surprised if you see people making their way to breakfast directly from the party the night before.

Themed nights and dress codes. Each cruise is different, but you will feel left out if you haven't packed your afro wig for '70s night or the crisp, white suit for the All-White Affair. Themes are taken very seriously onboard, so this is no time to pack light. Costume changes may require several suitcases, but you'll regret it if you don't dress the part.

A wide selection of entertainment including intellectually stimulating offers. The party atmosphere is a given, but it doesn't sacrifice opportunities for enlightenment. Many ships offer art exhibits, comedy shows, wine tastings and more. Guest lecturers and panel discussions are common, and there is always the option to hang out and relax if that's your preference.

Groups of people traveling together. While there may be people who show up solo, most will come with at least a significant other or roommate, and many will turn up in groups of friends, extended family and fraternity/sorority connections. There are also groups that have formed on the ships after return visits, year after year.

A lack of children. Most of the cruises focus on adults. (There is one black family cruise option listed below.) You may have children in your life, but you can't bring them on most of the black cruises.

Fundraising. Many of the larger black cruises offer opportunities to raise money that will go back into the African–American community. The Fantastic Voyage, for example, helps Historically black colleges and universities (HBCU) with its Party with a Purpose theme and mantra. And on Festival at Sea, money is raised for the United Negro College Fund (UNCF) through a Bachelor Auction Fundraiser.

Culture-specific activities. Wedding vow renewals will have you jumping the broom, dance parties will require knowledge of the Wobble and don't be surprised if steppers take over a section of the dance floor. And a bold hat for the Gospel brunch goes without saying.

Age is in the eye of the beholder. On some cruises, you'll find seniors singing along to the oldies. On others, millennials work their angles for the camera. There are trips that skew more to one age or the other, but most often, you'll find a variety of ages and life stages on the same ship. Choose your cruise according to interest, destination and how young you feel.

Sold? Here are a few of the most popular African–American cruises with details on their themes and what to expect.

Tom Joyner's Fantastic Voyage: Veteran radio DJ Tom Joyner hosts annual Caribbean sailings, called Fantastic Voyage cruises. Expect a crowd that ranges from your college roommate to your mom's uncle. Comedians, singers and performances onboard the Carnival ship are A-list (today's and yesteryear), and a portion of the money raised goes to the Tom Joyner Foundation which raises money for Historically black colleges and universities.

Grown and Sexy: Offering party packages onboard various ships throughout the year, Grown and Sexy cruises usually have a theme (such as Super Bowl, Halloween and Under the Influence) and some celebrity guests onboard. Created by radio personality Keith "KJ" Jones and friends, the cruise is celebrating its 18th year of operation in 2019.

Festival at Sea: With the goal of "Cruising with an African–American Twist," Patricia Yarbrough launched Festival at Sea in 1992, 14 years after she had started her travel agency Blue World Travel Corp. Now, with more than 40 years of travel industry experience to her name, she is at the helm of one of the most popular black cruising options around.

The full ship charters of Celebrity Equinox offer everything from Bid Whist card games to step competitions. When clients were interested in going beyond the Caribbean, Yarbrough launched Friends of Festival at Sea -- where Yarbrough's team takes groups onboard luxury cruises (along with their DJ and dance instructor) and leads explorations to spots like Africa and Southeast Asia.

Jazz: The Capital Jazz music festival has run since 1993. Organizers took the festival vibe to sea with The SuperCruise. Though it has a strong jazz focus, you'll also find funk, soul and gospel among its workshops, parties and excursions.

Soul: Whether or not you are old enough to remember "Soul Train," the TV show that focused on funky tunes and shimmying your way down a Soul Train line, joining the Soul Train Cruise will bring you up to speed. Expect musical legends, like The Jacksons, Johnny Gill and Regina Belle, to come onboard, plus dance lessons led by those famous Soul Train dancers.

Hip-hop: The Days of Summer Cruise (formerly known as Summerfest) features acts like Cardi B, Post Malone and DJ Khaled. The cruise will be geared to those who love their hip-hop and the culture that surrounds it.

Football: The Huddle on the Sea Super Bowl Cruise sails out of Tampa, Florida, over the Super Bowl weekend. In its sixth year, the theme cruise offers a cigar sail-away party, a lip sync battle and, of course, a tailgate party during the game.

LGBTQ: The Black Gay and Lesbian Cruise offers a comfortable space for same-sex couples and singles. Cruises change locations but offer all of the things you'd expect on any other cruise, without the discomfort of other people's opinions on your lifestyle.

Couples: The Black Marriage Cruise mixes marital wellness lectures with get-togethers that celebrate couples onboard. Though the cruise is organized by popular bloggers Lamar and Ronnie Tyler, the couple behind Black and Married With Kids, the program focuses on adult relationships and sessions are adults only. Kids or other family members are welcome to join you on the ship.

Family: If you're looking for a family cruise, consider the Black Kids Do Travel cruise. Aimed at providing an affordable and welcoming cruise for black families, particularly those in its online community, it offers a collection of rooms onboard a Carnival cruise ship and a no-passport required sailing.