You may also like
Dismiss
B.B. King's Blues Club on Holland America
Cruise Classes: 21 Things You Can Learn on Your Next Cruise
KISS Cruise (AKA the KISS Kruise) 2022
Pictures of Carnival Panorama
9 Free Things to Do on Norwegian Encore
The Best (Free) Things to Do on Carnival Panorama
9 Reasons to Get Excited About P&O Cruises' Iona
Short Cruises on Queen Elizabeth: 10 Things You Need to Know
How To Cope With Cruising's Pause? Plan Far, Far Ahead 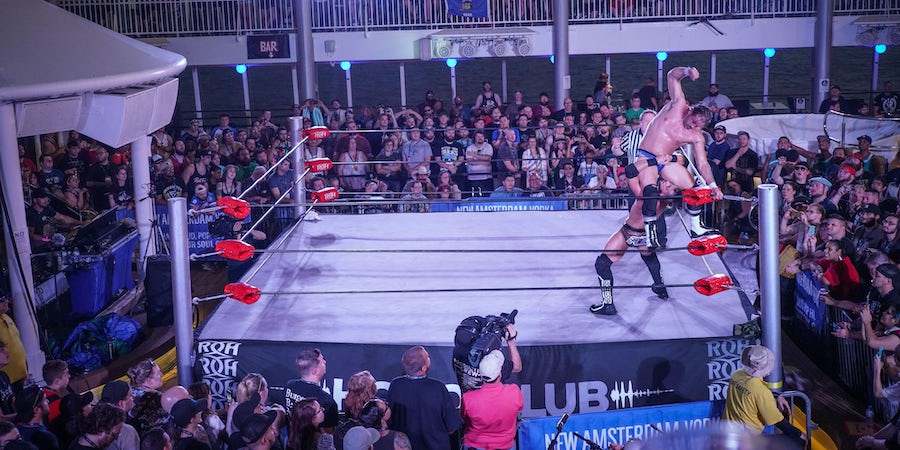 Tickets for the Chris Jericho cruise are a hot commodity, and cabins sell out fast. The Four Leaf Clover cruise will feature a brand-new game show, called Are You Smarter than Le Champion?, a shipwide Deck Wars competition and the return of favorites like Drunken Spelling Bee.

Lineup and Highlights of the 2023 Chris Jericho Cruise

Beyond wrestling, the Ship of Jericho boasts a lineup of hard rock, blues and metal bands, starting with Jericho's own group Fozzy. (Fun fact: Jericho was inspired to do the first Rager at Sea after he played with his band on the KISS Kruise). Other bands include 80s favorite Quiet Riot, Royal Bliss and Raven, as well as others. Comedian Brad Williams will be the "master of laughs."

Onboard Vibe of the 2023 Chris Jericho Cruise

. This cruise generally sells out, but as of August 2022, cabins were available.

Related: How Easy Is It to Book Newly-Released Cruise Itineraries?