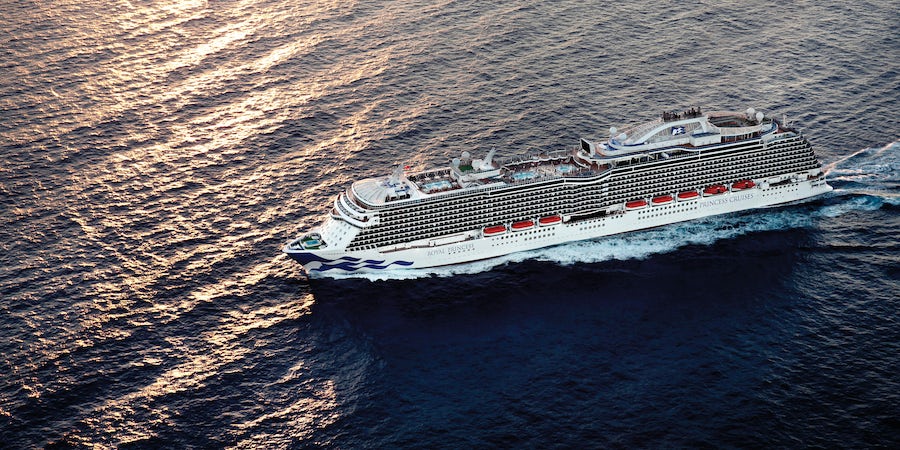 Princess is known for its understated elegance, but as the cruise line began designing for the Royal Class, which debuted in 2014 with Regal Princess, it looked for new ways to wow passengers. As a result, all four of the Princess Royal-class ships are the largest in the fleet, carrying more than 3,500 passengers each, and they all come packed with new features.

Royal-class ships offer the same tried-and-true offerings (grand atrium, multiple dining rooms, Movies Under the Stars) you'll find throughout Princess' fleet, plus a few extras. One unique feature of most (but not all) of the Royal-class ships is the Seawalk, which allows passengers to take a scenic walk over a glass floor that extends 28 feet over the ship's edge, giving you an unobstructed view of the ocean below.

Related: Is Regal Princess the Ship For You?

Dining also gets an upgrade on the Royal-class ships. The line's traditional specialty restaurants, such as Crown Grill and Sabatini's, are joined by newer concepts like Slice (a specialty pizzeria) and Salty Dog Grill, which serves up gourmet hot dogs and street tacos.

Princess' Chef's Table also gets a touchup. Royal-class ships take the program -- which already offers an unforgettable culinary journey -- a step further with Chef's Table Lumiere. There, you're enclosed in a shimmering curtain and provided with an exclusive dining experience that foodies rave about.

All ships in the Royal Class also feature The Enclave, a Lotus Spa experience add-on that boasts Princess' largest thermal suite and hydrotherapy pool with a rain shower. You'll also find a Turkish-style steam bath and various aromatherapy and steam chambers for detoxification and relaxation.

Room categories on Royal-class ships were expanded to include deluxe balconies in addition to the other standard categories. A deluxe balcony gives passengers additional space, a sofa bed and a larger balcony, plus some of the amenities that passengers enjoy in a mini-suite.

On all of these ships, you'll also find the much buzzed-about MedallionNet, a super-fast Wi-Fi service.

Differences Among Ships Within the Royal Class

What Sky Princess does have that that the others don't are Sky Suites, which are a new accommodation option with massive balconies and 270-degree panoramic views.

Restaurants differ across the ships as well, with Royal and Regal Princess having identical offerings (Sabatini's, Crown Grill, Crab Shack, Ocean Terrace) that overlap with most of Sky Princess. But Majestic Princess, which is based full-time in Asia, has a completely different set of dining venues (with the exception of Alfredo's Pizzeria and the International Cafe, which are on all four ships).

One restaurant on Majestic Princess that will also be on Sky Princess -- but not Royal and Regal Princess -- is La Mer, an upscale, fee-based French bistro created by Chef Emmanuel Renaut, owner of a three-Michelin-star restaurant.

OceanMedallion -- Princess' clever new take on traditional key cards, which even allow you to remotely order your next drink or track down a missing family member -- is already on Regal, Royal and Sky Princess. Majestic Princess, on the other hand, does not have the high-tech system, and there are no plans to add it.

Regal and Royal Princess are also the only two Royal-class ships with the Watercolor Fantasy Show, a nighttime water, sound and light display that brings deck-side water features to life as they spray water up to 33 feet in the air.

Cruises on Princess' Royal-class ships offer you the latest in what the cruise line has to offer, especially with the roll-out of the popular OceanMedallion program. Nevertheless, the ships do not offer the same whiz-bang attractions that lines like Royal Caribbean and Carnival do, so they are best for someone looking for a modern cruise ship with a more traditional cruise ship feel.

The Royal-class ships are also great options for foodies who don't mind spending a little extra on specialty dining experiences, such as Chef's Table Lumiere.

If you're watching your budget, note that sailings on these ships -- particularly the newest ones in the fleet -- are likely to be a little pricier than voyages on older vessels.