You may also like
Dismiss
Luxury Caribbean Cruises: All You Need to Know
Hate Caribbean Cruise Crowds? Avoid the Masses in Popular Ports
Give Back With Purpose Excursions on Carnival Cruise Line
How to Rent a Scooter or Wheelchair for Your Cruise
Best Cruise Ports for Kayaking
South Pacific Cruise Packing List
Best Shore Excursions in 30 South Pacific Ports
Surfing in Mexico: 7 Cruise Shore Excursions That Let You Hang Ten
6 Ways LGBTQ Cruisers Can Stay Safe on a Port Stop in Jamaica
10 Best Beaches in Mexico for Cruisers 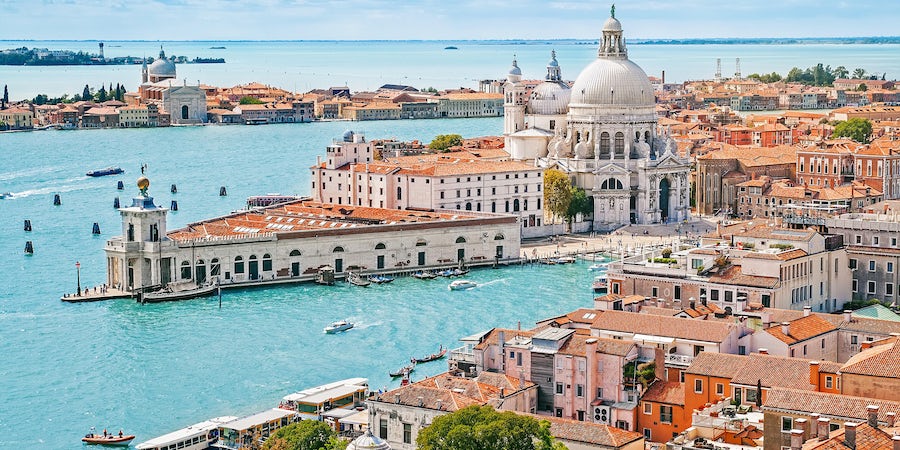 Busiest Cruise Ports: How to Avoid the Crowds

If you look up the busiest cruise ports by number of passengers who pass through each port, you'll find that Florida's three major homeports -- Miami, Fort Lauderdale and Port Canaveral/Orlando -- top the list. The crowds translate into busy airports and slow traffic around the port, but that's mostly out of mind once your vacation starts.

But what about those ports of call where your ship pulls in next to four, five or six other ships? Your heart sinks as you envision crowded beaches, long waits for food and taxis, and too touristy of a vibe. How do you avoid the masses and have a more relaxing vacation day? We looked at some of the most popular and busiest cruise ports to offer some suggestions.

A staple on Western Caribbean itineraries, Cozumel, Mexico is one of the busiest cruise ports, with its three piers routinely seeing seven ships docking at once during high season. Most cruise ship passengers stick to the area right around the port with touristy shops, chain restaurants and bars, or go on tours to popular attractions, such as Chankanaab or nearby beach resorts.

To escape the crowds, head off the beaten path. Find a quieter beach on the eastern side of the island; the seas are rougher and the facilities lesser, but you'll find a more relaxing and local vibe. Book a dive trip to immerse yourself in schools of fish rather than hordes of families. Or sign up for a more niche interest or limited-participant shore excursion, such as a Mexican cooking class with a local chef.

Over in Europe, Barcelona is another port -- serving as a bustling homeport and port of call -- with seven cruise ship berths that draws in the crowds. The cruise terminal is walking distance from Las Ramblas, a must-see hot spot for visitors. Tourists swarm about Gaudi's architectural masterpieces, waiting in long lines to tour the Sagrada Familia cathedral, and flock to the city's famous food market, La Boqueria.

If you're looking for a way out of the throng, head up. Take the cable car to Montjuic where you can explore the Olympic stadium, museums, parks and historical sites. Or head out -- journey to the beaches farther from the city center, which are less crowded, or out of town to Montserrat to see a monastery with gorgeous views or to the Catalan wine country.

One of the busiest cruise ports in the Caribbean, St. Thomas in the U.S. Virgin Islands is a mainstay of Eastern Caribbean itineraries. The place to go is Magens Bay beach -- unless you're following the throngs to do some duty-free shopping.

If you want something completely different, hop a ferry to St. John. Part of the U.S. National Park system, the island offers forested hiking and gorgeous beaches without the crowds of St. Thomas. You'll find shops, restaurants and transportation options in the main town by the ferry pier.

There can be eight cruise ships calling at once in Civitavecchia, the cruise port for Rome. But it doesn't really matter how many ships are in; Rome's key historical sites and attractions (the Colosseum, the Trevi Fountain) will pretty much always be crowded, even more so during the summer high season.

Cruisers looking for an alternative have it easy; simply skip Rome for another destination accessible from Civitavecchia. Shore excursions can take you to Tarquinia to see the UNESCO World Heritage Etruscan Necropolises, to Ostia to see an ancient port city, to Tuscania to see the countryside and enjoy local delicacies or to Lake Bracciano for a peaceful boat cruise.

With up to six ships disgorging passengers into George Town, Grand Cayman gets packed with cruise travelers eager to frolic with marine life at Stingray City and the Cayman Turtle Centre, throwback mudslides at the Wreck Bar & Grill at Rum Point or stock up on rum cakes and souvenirs in George Town's shopping district.

The island's famous Seven Mile Beach is 5.5 miles long, so even though areas by the big hotels get packed, you can find a spot somewhere that's less congested. If you're really invested in a more secluded beach environment, head northeast of the cruise port to beaches like Cayman Kai or Smith Cove.

Locals will certainly tell you that Venice sees way too much cruise traffic, and on summer weekends and early fall, you can find up to seven ships in port together. The vaporettos (local waterbuses) will be standing room only, the line to climb San Marco's bell tower long and the Rialto Bridge will be wall to wall tourists.

To breathe a bit easier, go where the tourists aren't. Climb the campanile of San Giorgio Maggiore instead of San Marco, and you'll get better views across the water of St. Mark's Square and the Doge's Palace with less wait time. Get lost in a lesser-known neighborhood, such as the old Jewish ghetto in Cannaregio, or boat over to an entirely different island, such as Burano. (Not to be confused with Murano, which is more touristed because of its famous glass factories.)