You may also like
Dismiss
What Are Tropical Cruises, and Which Is Best for You?
Royal Caribbean Cruise Line History
Which Shows Are on Which Carnival Cruise Line Ship?
Cunard's Queen Mary 2 Kennels and How to Book Them for Your Next Cruise
Are Dolphin Tours Humane?
What Is the Economic Impact of the Cruise Industry in the United States?
What Happens if My Cruise Line Goes Bankrupt?
What Happens to Cruise Ships That Are Slated to Be Broken Up?
Step By Step: How to Submit Comments on Cruise to the CDC
Why 2021's Cruise Itineraries Will Look Different Than Expected 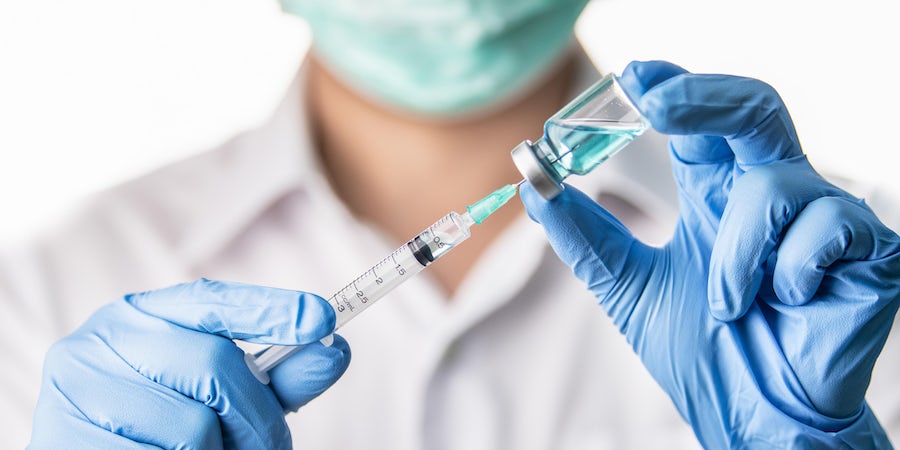 Measles: What Cruisers Need to Know

In light of the latest measles outbreak, cruisers might be wondering if their itinerary includes any of the affected U.S. states or countries, and what precautions they can take to avoid being affected on their vacation. Below is a breakdown of what the measles is and where it's currently the most widespread, with information on how you can stay protected while traveling.

Measles is a highly contagious viral infection most commonly identified by a red skin rash that usually develops several days after exposure, covering most of the body. It was first documented in the 9th century and later established as a nationally notifiable disease in the United States in 1912.

An outbreak in the 1950s led to the development of the first-ever measles vaccine the following decade. The vaccine was modified in the decades that followed, which involved an increase in dosage and contributed to a gradual decline in reported cases. Measles was declared eliminated (when continuous disease transmission is absent for more than 12 months) in the United States in 2000.

Why am I hearing about it?

The latest outbreak, which spiked in December 2018 and continued to climb through spring 2019, has seen the most reported measles cases in the United States since 1994 and since the infection was declared eliminated in 2000, according to the Centers for Disease Control (CDC). The number of new cases has been dropping month over month since April, which saw the highest number of outbreaks this year.The CDC links these outbreaks to unprotected travelers who brought back the disease from other countries currently experiencing outbreaks; protection is obtained through vaccination or past infection. There are also news reports of travel being disrupted due to suspected and documented cases of the measles. On April 28, 2019, a JetBlue plane was quarantined at John F. Kennedy International Airport in New York City, where a young boy was suspected to be infected -- though it turned out to be a false alarm as he was not sick. Meanwhile, on April 30, St. Lucia media outlets reported a passenger ship had been quarantined due to a confirmed case of the measles. The ship has been identified by St. Lucia Coast Guard Sgt. Victor Theodore as Freewinds, according to a

.The U.S. has already had a record number of measles cases for the year, but the outbreak isn't limited to the western hemisphere. Since the beginning of 2019, there have been over 1,200 cases of measles reported in New Zealand, prompting a travel advisory to go into effect for the area. Over 1,000 of those cases occurred in Auckland, New Zealand, which is one of the main cruise ports in the country. Other Pacific islands -- such as Fiji, Samoa and Tonga -- are suffering outbreaks, as well; Cruise Critic members are reporting that cruisers to Fiji may be required to show proof of vaccination or immunity to measles before being allowed off the ship.

Among the states currently suffering measles outbreaks (three or more cases) are New York (Rockland County and Wyoming County) and Texas (El Paso). Individual cases of measles have been reported in 31 states in 2019, but three-quarters of cases have been linked to New York.

International outbreaks have been reported in several Pacific islands, New Zealand, Brazil, particularly in the State of Amazonas, as well as in Israel, Japan, Ukraine and the Philippines. All destinations see cruise traffic, either from ocean-going ships or smaller riverboats.

Children younger than 5 years old and adults older than 20 are the most likely to suffer from measles complications, according to the CDC. Young children are more susceptible to severe complications such as pneumonia (lung infection) and encephalitis (brain swelling). One to two out of every 1,000 children who contract the measles will die from it.

One of the reasons young children, babies in particular, are at a greater risk is because they are often too young to receive the vaccination (or haven't had both recommended doses).

Measles initially presents itself through a high fever, conjunctivitis (red, watery eyes) and common cold-like symptoms such as a cough and runny nose. Two to three days after symptoms begin, some people who are infected might notice tiny white spots inside their mouth.

Three to five days after the first symptoms is when the rash breaks out, beginning with flat red spots on the face, neck, trunk, arms, legs and feet; spots may join together, and raised bumps can appear. As the rash spreads, the fever also can rise to more than 104 degrees Fahrenheit.

Measles is most commonly transmitted through coughing and sneezing, as it lives in the nose and throat mucus of those who are infected. Even up to two hours after an infected person has coughed or sneezed, the infection can survive in the airspace -- infecting anyone who breathes the air or touches a contaminated surface, then touches their eyes, nose or mouth.

The CDC indicates that up to 90 percent of people close to an infected person, who are not immune themselves, also will become infected. People with measles can spread the infection to others, from four days before through four days after the rash appears.

What are cruise lines doing about it?

Cruise lines have general sanitary protocols, and take heightened measures to prevent the contraction of norovirus and other gastrointestinal illnesses, which can spread just as rapidly as the measles, and via similar transmissions. There are, however, no separate protocols in place for the measles.

While most cruise ship passengers come from countries where vaccinations are easily accessible, many crew members are from countries that have low immunization rates -- and in some cases, countries where outbreaks have been reported. The CDC works with cruise lines to ensure crewmembers have documented proof of immunity to vaccine-preventable diseases before they board a ship.

Still, if confirmed cases do make their way onto cruise ships, local governments reserve the right to quarantine incoming vessels of risk. For example, in the U.S., the Public Health Service Act gives the Public Health Service the right to quarantine cruise ships entering from international waters in order to prevent the introduction, transmission and spread of diseases.

Related: Have Cruises Been Treated Unfairly During the Pandemic?

No cruise lines have answered our requests for more information on their procedures regarding measles.

What precautions can I take before I travel?

The MMR vaccination is the greatest precaution you can take; most but not all Americans born in the 1960s and afterward were vaccinated as children. There is some concern about the effectiveness of the measles vaccine used in the 1960s, so cruisers born in those years should consider getting a booster. The CDC also considers anyone born before 1957 to be protected from the measles, as nearly all children had already gotten the infection and are thus immune to it.

People who should not get the vaccine include those with any life-threatening allergies, women who are or might be pregnant, anyone with a weakened immune system due to diseases or medical treatments, patients of tuberculosis, and anyone who has recently received a blood transfusion or has gotten another vaccine in the past four weeks. The CDC cautions those unable to get vaccinated against traveling to affected countries.

Other measures include washing your hands with soap and water often, not sharing drinks or eating utensils and disinfecting frequently touched surfaces. (See our tips for sanitizing your cruise cabin.)

What is the treatment for measles?

While there is no specific treatment for measles, people exposed to the infection can receive the measles, mumps and rubella (MMR) vaccination within the first 72 hours. A post-exposure vaccination can result in milder symptoms and can shorten the time the infection lasts.

Babies, pregnant women and people with weakened immune systems who contract the measles and are unable to receive the vaccination can receive immune serum globulin, an injection of proteins (antibodies) that can prevent or alleviate symptoms when given within six days of exposure to the infection.

Other treatments might include fever reducers (with the exception of aspirin), antibiotics for any bacterial infections that stem from the measles, and -- for children -- a vitamin A supplement to lessen the severity of symptoms.

Where can I find more information?

Learn more about the measles, including the latest outbreak information and frequently asked questions, on the