You may also like
Dismiss
Coastal Cruise Tips
Best Cruise Ports to Explore by Bicycle
11 Best Whale Watching Cruise Shore Excursions
The 10 Most Beautiful Lakes You Can Cruise To
Sail Here, Not There: Avoiding Overtourism in Cruise Ports
Are Dolphin Tours Humane?
10 Things You Should Never Do on a Cruise Line Private Island
The 10 Most Popular Episodes of “Cruising with Jane McDonald”
48 Hours in Brisbane Before or After a Cruise
9 Ethical Alternatives to Cruise Ship Animal Excursions 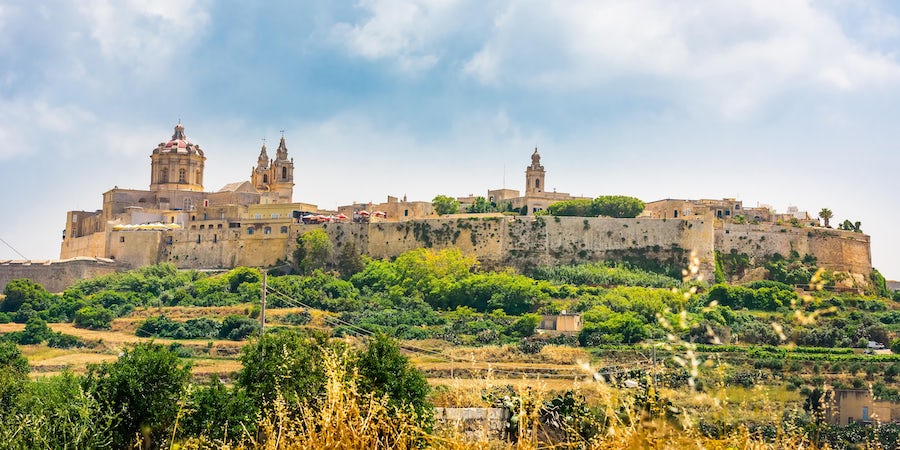 The historic fortress city of Mdina in Malta served as the filming location for King's Landing in season one of Game of Thrones (Photo: In Green/Shutterstock)

A Voyage of Ice and Fire: Cruise to These 'Game of Thrones' Filming Locations

The historic fortress city of Mdina in Malta served as the filming location for King's Landing in season one of Game of Thrones (Photo: In Green/Shutterstock)
Chris Gray Faust
Executive Editor, U.S.

The HBO blockbuster hit "Game of Thrones" is coming to a bloody end, but you can still relive the journey of the Starks, Lannisters and Targaryens by taking a cruise to one of the show's many filming locations.

Here are the best ways to cruise to the often-spectacular scenery where the epic series took place:

Numerous spots in Iceland were used during the series, but Thingvellir National Park is by far the most accessible filming location for cruisers docked in Reykjavik. The jagged hills, electric green landscapes and dramatic waterfalls made it the perfect spot to film scenes North of the Wall.

Jon Snow was filmed walking through the park with Ygritte and the Wildings. The passage through the Almannagia gorge, which separates the Eurasian and North American tectonic plates, was used by both Arya and Sansa Stark as they traveled to the Eyrie. Brienne of Tarth also fought the Hound near here.

How to Get There: You can book a day trip or shore excursion from Reykjavik that encompasses a trip to Thingvellir; the national park is a UNESCO World Heritage Site and one of the stops on the island's famed Golden Circle tourist route. Game of Thrones-specific toursare bookable on Viator.

Dubrovnik stands in as King's Landing on the series, so many scenes have been filmed in the city's historic Old Town center over the show's eight seasons. Fort Lovrijena in Old Town has doubled as the Lannister stronghold known as the Red Keep, and it's the site where tournament scenes with King Joffrey were filmed.

Cersei's "walk of shame" took place in Old Town, as she moved from the top of the Spanish Steps to Fort Lovrijena. The City Walls, which you can walk on, have been used in numerous King's Landings scenes.

Slightly outside the city, Trsteno Arboretum was the filming site for many of the King's Landing garden scenes, including those deliciously snarky moments with Lady Tyrell.

Related: Things to Do in Athens Before a Cruise

How to Get There: Cruise ships regularly dock in Dubrovnik on Mediterranean itineraries. Game of Thrones-specific Dubrovnik walking tours, with an option to visit the gardens, are available.

The House of Martell might have come to a brutal end, but their home -- the land of Dorne -- certainly had the most attractive climate. The Moorish Alcazar Palace in Seville, with its fountains and gorgeous grounds, was used to film the Water Gardens of Dorne (it's also an UNESCO World Heritage Site).

Not far from Seville, the Plaza de Toros in Osuna was used as the filming site for Daznak's pit in Meeren, where some shocking gladiator-style fights took place.

How to Get There: Larger cruise ships dock in Cadiz, which is about 90 minutes away from Seville. Once you get to Seville,Game of Thrones-specific tours are available, some with an Osuna option (time permitting).

While the city itself isn't seen in the show, the dramatic coastline leading to the famed Giant's Causeway –- several hours away from Belfast -- was the film set for the House of Greyjoy and the Iron Islands.

The photogenic Dark Hedge, the tree-covered route that Arya used to escape from King's Landing, is just one of the Instagram-worthy sites around Belfast. Others include the ruins of Dunluce Castle, which stood in as Pyke Castle, home of the Ironborn; the Cushendun Caves, where Melisandre gave birth to her deadly shadow baby; and Larrybane Quarry, the Stormlands where King Renly camped and also the site where Brienne of Tarth was introduced.

Note: While Giant's Causeway itself wasn't actually a filming location for Game of Thrones, many tours include a stop here; it's not to be missed.

How to Get There: A variety of Game of Thrones day trips are bookable from Belfast. Short on time? Unfortunately, you can't visit Titanic Studios in Belfast Docklands, where many indoor scenes were shot, but an exhibition of Game of Thrones memorabilia opened in April 2019 at the Titanic Exhibition Centre (TEC) across the street.

Ireland is the Emerald Island – and so it makes sense that some locations to the north of Dublin were used as the setting for the forests of Winterfell. While most are technically in Northern Ireland, most GOT tours from Belfast head west toward the coastline, leaving the southern sites to Dublin tour operators.

The lush Tollymore Forest Park was used as a backdrop for numerous scenes, including the Haunted Forest north of the Wall, the Wolfswood near Winterfell and the Kingsroad near Castle Black. Castle Ward was the original Winterfell in Season 1. And finally Inch Abbey was where Robb Stark became King of the North.

How to Get There: A full day tour to the Game of Throne sites from Dublin lasts 11 hours, so you'll want to make sure you have plenty of time in port (or choose a cruise that embarks or debarks in Dublin). Still, some tours provide Stark-inspired gear that you can wear on the trip – think of the pictures!

About 30 minutes from the cruise port city of Valletta, Mdina has been used for King's Landing scenes, while nearby Rabat was a filming locale for the Red Keep.

Dubrovnik in Croatia gets the main credit as King's Landing, but several Season 1 scenes within the fictional Westeros capital were actually filmed within the Old City of Mdina -- including many of the scenes where Ned Stark and his family first arrive in King's Landing.

The nearby town of Rabat features St. Dominic's Convent, where scenes within the Red Keep Garden were filmed. Another site is the fortress known as Maegor's Holdfast, a filming site for the Battle of the Blackwater.

How to Get There: Game of Thrones tours are available in Malta, although some require a short taxi ride to nearby Floriana.