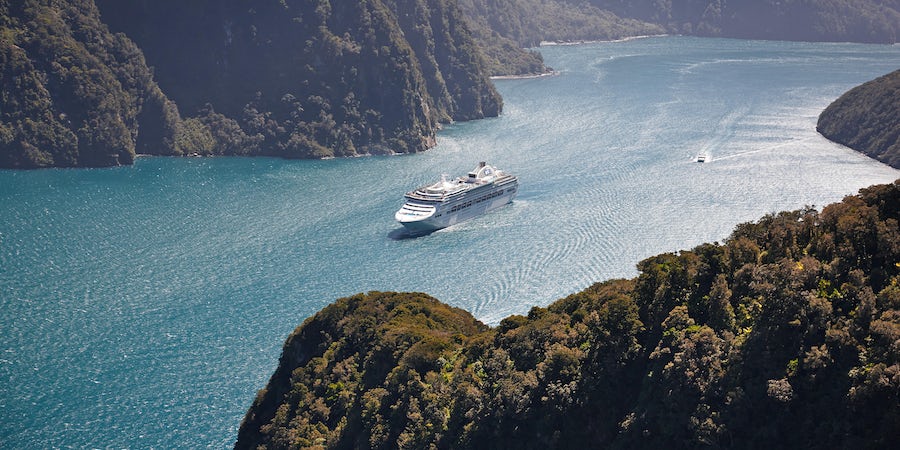 Built between 1995 and 2000, Princess' Sun-class cruise ships are among the smallest in the fleet. The Sun Class once had four ships, but there are now just two left. It might be one of the most familiar classes to the general public, however, as the late-1990s TV remake of "The Love Boat" was set aboard Sun Princess. Though identical in size and passenger capacity, Sun Princess offers a bit more in terms of variety than Sea Princess.

Princess has been using both ships for world cruises for several years and bases them in Australasia the rest of the year.

Princess' 2,000-passenger Sun-Class cruise ships harken back to the days of the traditional cruise experience with a four-level grand atrium and glass-enclosed panoramic elevators, multiple dining rooms and pools, a sports deck with basketball court, and numerous bars and lounges. They also feature several of Princess signature attractions, including Movies Under the Stars, the adults-only Sanctuary, Crooners piano bar and Discovery at Sea kids' programming. Neither ship features the line's Voice of the Ocean karaoke competition.

When it comes to specialty dining, both offer a Sterling Steakhouse, a grab-and-go cafe-style venue with free pastries and extra-fee specialty coffees and teas, and the for-fee New Zealand Natural Ice Cream Bar. Both also hold a Beer and Wine Festival twice per cruise.

Differences Among Ships Within the Sun Class

The most notable difference between the two ships in Princess' Sun Class is the number of specialty restaurants each offers. Sea Princess has two: Sterling Steakhouse and Cafe Corniche, offering free pizza at lunch and dinner, along with a small selection of dinner items (some complimentary, some for an extra fee) in the evening.

Sun Princess has three specialty venues: Sterling Steakhouse, Kai Seafood Bar and SHARE by Curtis Stone. Like all other Princess Ships, Sea Princess offers a small selection of dishes created by celebrity chef Curtis Stone in its main dining rooms but does not have the standalone SHARE.

Bars and lounges on both ships are mostly the same. Sea Princess, however, is the only one of the two to offer The Nook, which boasts a menu of 60-plus whiskies and cocktails.

Related: These Are The Most Expensive Cruise Ship Drinks At Sea

The Sun-Class cruise ships in Princess' fleet are best suited for people seeking a traditional cruise experience that emphasizes relaxation and low-tech fun via activities like poolside movies, Bingo, trivia and dance classes. Fans of Sun-class ships appreciate basic song-and-dance revues and variety acts in the main theater, and they do not need nonstop activity all day long to be content.

Those looking for a larger selection of culinary choices, water slides or more Broadway-style theater options should skip the Sun Class in favor of Princess' Grand- or Royal-class ships.

Itinerary-wise, both Sun Princess and Sea Princess are stationed much of the year in Australasia, so they are perfect for anyone situated Down Under who does not want to take a long-haul flight to cruise.  Both are also among the four ships Princess Cruises uses for world cruises. They're considerably bigger than 670-passenger and not-at-all-family-friendly Pacific Princess and only slightly smaller than 2,200-passenger Island Princess.