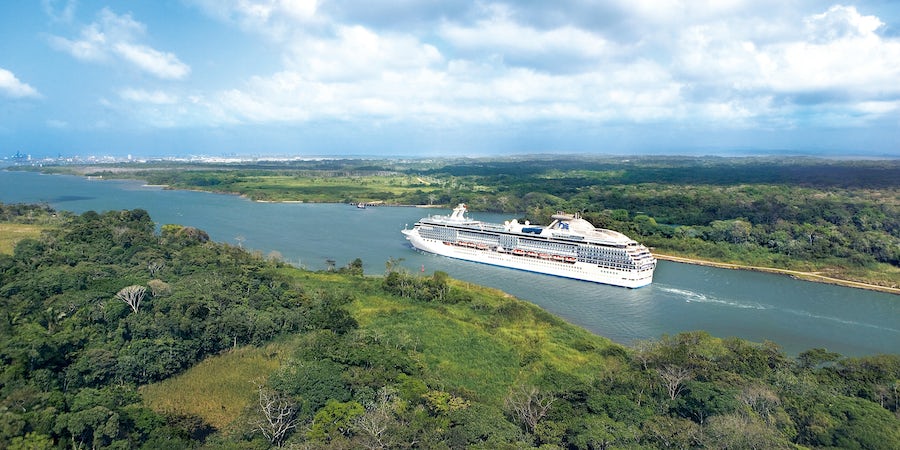 Princess' two-ship Coral Class, which saw both ships in the class launch in 2003, was custom-built to sail the Panama Canal. Measuring in at 92,000 gross tons, the mid-sized ships were built large enough to offer more onboard variety than previous Princess ships, while still small enough to get through the Canal locks. While the two ships offer virtually the same amenities, only Coral Princess retains the class's original larger-than-normal square footage-per-passenger ratio.

Related: 8 Reasons to Cruise on the Refurbished Golden Princess

When it comes to specialty dining, both offer the line's popular Sabatini's Italian restaurant, as well as the New Orleans-themed Bayou Cafe & Steakhouse and the pop-up Crab Shack. Like all Princess ships, the two Coral-class ships also have two pools and offer the Discovery at SEA program for kids.

While most cruisers who select a Coral-class ship enjoy the laid-back ambiance onboard, most people choose the ships for their itineraries. Both ships offer yearly Panama Canal and Central America journeys, as well as full seasons in Alaska.

Differences Among Ships Within the Coral Class

The most dramatic difference between the two ships in Princess' Coral Class are the number of passengers each ship carries. Coral Princess carries just under 2,000 passengers (the original number the line intended), but Island Princess carries about 2,200 thanks to a refit that saw more than 100 cabins added.

As a result, Island Princess is noticeably more crowded, particularly in the buffet and in lounges, none of which were expanded to make room for more people. It also has fewer pools, with just the Lido and Lotus pools on Deck 14 and a splash pool for kids on Deck 16. Coral Princess, on the other hand, adds a pool in the Sanctuary and a second splash pool on Deck 12.

Princess' Coral-class ships are best suited for people seeking a more traditional cruise experience that emphasizes the main dining room and entertainment through activities like trivia, poolside movies, and song-and-dance revues and variety acts in the main theater. Fans of Coral-class ships appreciate the emphasis on relaxation rather than non-stop activity.

The Coral-class ships are also among just five ships in the Princess fleet that the line uses for Panama Canal cruises, and the only two that are comfortably mid-sized. Two others carry more than 3,000 passengers, while the fifth is considerably smaller.

Suite cruisers should opt for Island Princess over Coral Princess, and those looking for a larger selection of culinary choices, plus more entertainment options, will want to skip the Coral Class altogether in favor of Princess' larger Royal Class.