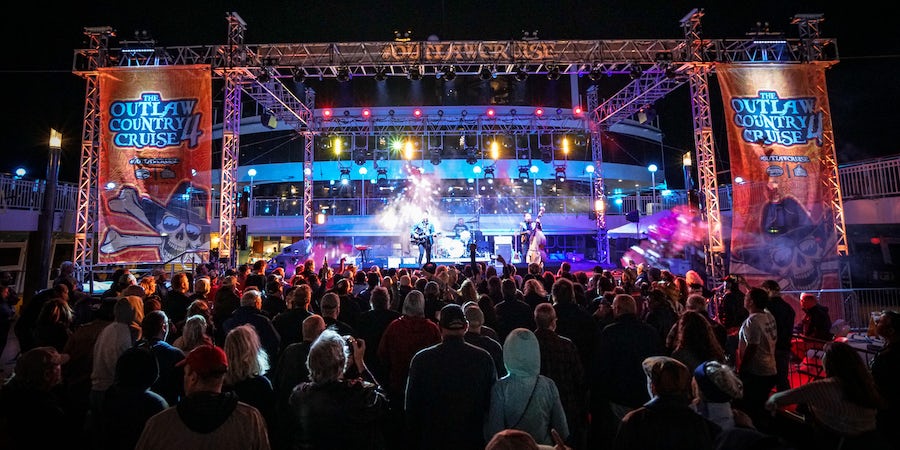 An extensive lineup of country, honky tonk, rockabilly and punk country artists have been announced for the 2022 Outlaw Country Cruise. The cruise has the extra benefit of being sponsored by Steven Van Zandt's Renegade Circus, a production company run by the musician known as "Little Steven" (famed for being a mainstay of Bruce Springsteen's E Street Band, as well as an actor on "The Sopranos.") Van Zandt also developed Sirius XM's Outlaw Country channel, for which the cruise is named.

The six-night, full-charter cruise sails roundtrip from Miami, February 25 to March 2, 2022. As part of the voyage, 2,394-passenger

Lineup and Highlights of the 2022 Outlaw Country Cruise

Onboard Vibe of the 2022 Outlaw Country Cruise

The vibe is playful with occasional rowdiness. These bands might be labeled country, but many of them can rock hard. With activities like Battle Shots (a drinking version of Battleship), there's a fair amount of drinking going on. Still, it's all in good fun. Women, prepare for a facial hair onslaught: there's a Best Beard contest (for men). Outlaw Country is one of the SiriusXM stations that has a label for explicit language, so expect a fair amount of f-bombs.

How to Book the 2022 Outlaw Country Cruise

This cruise is run by Sixthman, a theme cruise operator owned by Norwegian Cruise Line Holdings. Bookings are done via the

. This 2022 cruise is already sold out but you can still join the waiting list.

Want even more info about music at sea? Check our page on