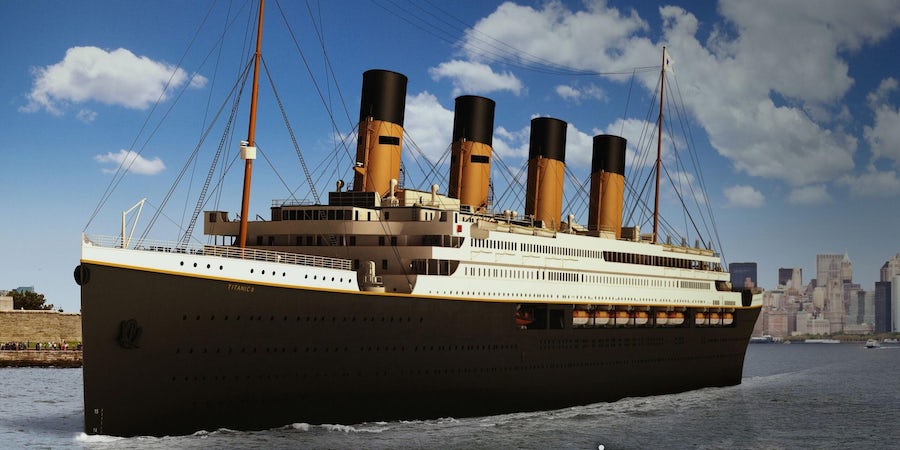 Titanic 2: Everything You Need to Know

Have you ever wondered what it would have been like to sail on a ship like the Titanic? An Australian billionaire is betting that many people fascinated with the ill-fated ship would want to do just that -- minus the tragic sinking. He's launched a grandiose plan to build Titanic II, an exact replica of the original ship. Here's what we know about the supposed return of this legendary vessel.

Who Is Building Titanic 2?

In April 2012, Brisbane-based billionaire Clive Palmer launched a new company called Blue Star Line -- a nod to the company behind the original Titanic vessel, White Star Line -- to create a replica of the Titanic, to be named Titanic II. His hope is that people captivated by the Titanic's dramatic story would want to relive the ship's crossing.

Palmer's original plan was to set sail in 2016, but the build, which was supposed to begin in China in late 2013, never got off the ground due to financial disputes. Design work and wave testing on a model of the ocean liner reportedly started during the fall of 2018. A spokeswoman for Blue Star Line told Cruise Critic that the company is in discussions with shipbuilders about building contracts, and once those are finalized, it will announce who will build Titanic II and the timeline for launch.

Titanic II is set to be the largest passenger ship built in China, where construction of cargo ships is more common. The new ocean liner, which will reportedly cost about $500 million, will accommodate 2,400 passengers and 900 crew members, same as the original. It will also, thankfully, be equipped with modern navigation tools, a wider hull for extra stability and yes, enough lifeboats and life vests for all.

The design features an identical cabin layout and the same architecture, interiors and luxury finishes as Titanic. Even the same class categories -- First, Second and Third -- will be made available.

The new ship is slated to follow the same route as Titanic, carrying passengers across the Atlantic from Southampton, England, to New York City. Some reports have its inaugural sailing from Dubai to Southampton, and then to the Big Apple, after which it will regularly run Titanic's original itinerary.

State of the Vessel

How Much Will a Sailing on Titanic 2 Cost?

Although you can't book your stateroom to cruise across the Atlantic on Titanic II just yet, Blue Star Line says it plans to have the ship ready for a 2022 launch. Rates have also not been set, but chances are they'll be many times more than those from 1912, when third-class staterooms cost about $40, while first-class berths were $150 and the four Parlor suites topped out at $4,350.