You may also like
Dismiss
7 Things You Can Only Do on Carnival Vista
Cruise Mishaps: 14 of the Worst Ideas Ever in the History of Cruising
Carnival Cruise Line History
8 Reasons to Cruise on a Refurbished Ship
9 Free Things to Do on Norwegian Encore
Carnival Cruise Ship Classes
Cruise Policies & Inside Information
How Reassuring are New Cruise Cancellation Policies Really?
Your Favorite Cruise Ship is For Sale? Here's Why You Shouldn't Panic 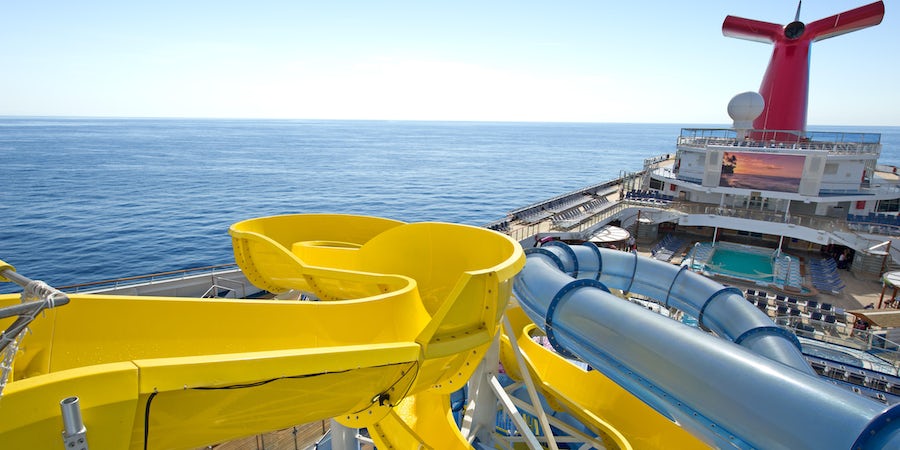 In 2020, five cruise lines are putting ships under the knife, taking them from "just OK" to knockouts back at the top of their game. Refurbishments will add features that range from thrilling water parks and new dining concepts to suite-exclusive spaces and expanded spa facilities.

In no particular order, here are the ships getting significant refurbishments in 2020, and why you'll want to know all about them.

Work on Carnival Radiance has been halted due to the COVID-19 global pandemic. The re-launch of the ship has been delayed until at least November 2020.

The vessel known as Carnival Victory goes into dry dock March 18, 2020, where it will undergo a 38-day, $200-million facelift that will see almost the entire ship reimagined. In fact, the changes will be so extreme, it will, for all intents and purposes, be an entirely new ship when it emerges. To mark that change, Carnival will rename the ship Carnival Radiance.

Why You'll Care: Carnival Victory has only four dining venues and just one water slide as its only top deck attraction. When it emerges from dry dock, the ship, will boast 12 free and extra-fee dining options, and adrenaline-pumping outdoor features, including a ropes course and a WaterWorks water park with two 200-foot-plus-long water slides and a 75-gallon PowerDrencher tipping bucket.

The ship will also get the fun and funky RedFrog Pub and a reimagined Piano Bar 88. All cabins will also be refitted with new beds and furniture.

The Revolution continues at Celebrity Cruises, with three more of the line's several multimillion dollar refurbs, collectively known as the Celebrity Revolution program, scheduled for 2020. Celebrity Silhouette goes under the knife in February, while Celebrity Constellation enters dry dock in May and Celebrity Infinity finishing off the year with its refurbishment starting in November.

Why You'll Care: Fans of Celebrity Cruises' elegant newer ships will love the Revolutionized ships, especially the fully refurbished rooms with stylish new furniture and extra-cushy bedding. Suite cruisers will be especially pleased, as all three ships will have the all-new, exclusive The Retreat lounge (formerly Michael's Club but with an all-new design) and sun deck.

Celebrity Silhouette, specifically, will also get new suites, including one of the line's extra luxe Reflection Suites and several Signature Suites. During its refit, Celebrity Constellation will become the final ship in the fleet to see the Le Petit Chef experience replace the old Qsine menu.

The last ship in Norwegian Cruise Line's $400-million Norwegian Edge refurbishment program, Norwegian Spirit, began its 40-day, $100-million dry dock in January 2020. When it emerges, it will be repositioning to Australasia, where it will offer destination-rich itineraries designed for adult travelers, rather than families.

Why You'll Care: When Norwegian Spirit emerges from dry dock, it will feel shiny and new with 14 new venues, 16 additional staterooms, an expanded Mandara Spa and new hull art. New dining and bar spots will include a third main dining room, the Bliss Ultra Lounge and Onda by Scarpetta, while the ship's previous Blue Lagoon Cafe will be replaced by the line's 24-hour pub, The Local Bar & Grill.

While the ship won't be getting any high-octane outdoor attractions, cruisers looking for peace and quiet will enjoy the expanded Mandara Spa, which will include a new extra-fee relaxation area with heated loungers, Jacuzzi, sauna and steam room. The line's extra-fee, adults-only daytime lounge, Spice H2O, will also be added, replacing the space previously occupied by the kid's water park.

Royal Caribbean has postponed the amplifications of both Allure of the Seas and Explorer of the Seas. New dates for the refurbs have not been announced.

Royal Caribbean International enters the third year of its four-year, $900-million refurbishment journey with three more dry docks in 2020. Freedom of the Seas will be the first up, followed by Allure of the Seas and Explorer of the Seas, all in the first half of the year. Updates will include the continued rollout of water slides, a reimagined pool deck and a range of fun outdoor and indoor activities, as well as nightlife and dining options.

Why You'll Care: All three ships will receive practically the same doozy of a refurbishment, with just a few key differences. Each $100-million-plus revitalization will include a new pool deck design -- complete with daybeds, hammocks and shaded casitas, a water park with two slides (Cyclone and Twister), a dedicated escape room and pop-up glow-in-the-dark laser tag experience. New lounges and bars will include The Lime and Coconut, and Playmakers Sports Bar & Arcade. Freedom of the Seas will also get an all-new Izumi Hibachi & Sushi eatery.

Allure of the Seas will have the most extensive of the three refurbs, lasting 58 days and costing $165 million. In addition to all the same changes Freedom and Explorer will see, Allure will also get an Ultimate Abyss slide, the Music Hall, a third water slide, Portside BBQ, the Bionic Bar and the Spotlight Karaoke lounge.

Little is known about the upcoming three-week refurbishment of Cunard Line's Queen Mary 2 in November 2020. The ship was last updated in 2016 in an overhaul that included a redesign of the Queens Grill and Princess Grill suites and restaurants, as well as the addition of 50 brand-new cabins.

Why You'll Care: What we do know is that the ocean liner will receive the Mareel Wellness & Beauty spa concept that was first introduced onboard Queen Elizabeth in late 2018, the highlight of which are the Serenity and Harmony suites. The former includes a huge spa bath where treatments take place, while the latter features a series of plush upholstered relaxation loungers. Though nothing else is known at the present, you can be sure if Cunard is taking the time to invest in the changes, they'll be for the better.