You may also like
Dismiss
RedFrog Pub on Carnival Cruise Line (Plus Menu)
What Can I Buy on a Cruise with $50 Shipboard Credit?
Wheelhouse Bar on Princess Cruises
5 Things You'll Love About Carnival Horizon
5 Best Places to Get BBQ on Cruise Ships
Carnival Cruise Beer Menu
Royal Caribbean Cruise Beer Menu
P&O Cruises Australia Beer Menu
9 Free Things to Do on Norwegian Encore
The Best (Free) Things to Do on Carnival Panorama 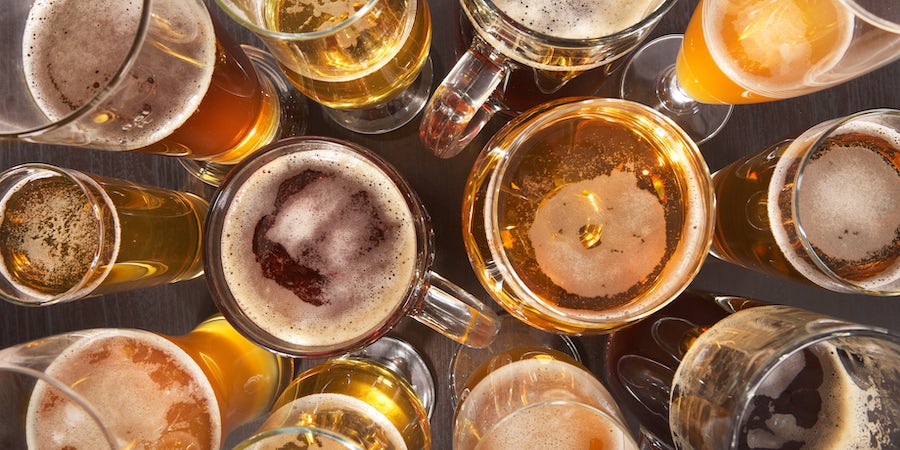 Beer Cruises: What You Need to Know About Drinking Onboard and Ashore (Photo: demarcomedia/Shutterstock)

Beer Cruises: What You Need to Know About Drinking Onboard and Ashore

Beer Cruises: What You Need to Know About Drinking Onboard and Ashore (Photo: demarcomedia/Shutterstock)
Erica Silverstein
Contributor

If you love beer, cruises can be the perfect vacation for you. You can kick back on the sun deck with a brew in hand and a view of the sun setting over the ocean. You can sail the world, trying local beers in every port.

But getting your favorite drink isn't always beer and Skittles. You'll have to navigate the murky waters of beverage packages, inflated prices and inventory issues. Whether you like a cheap can of beer or are a craft brew connoisseur, here's everything you need to know about beer on cruises.

All cruise ships serve beer in onboard bars and restaurants, but prices, varieties and what's on tap can vary by ship and even by itinerary. Some lines, such as Carnival, carry its own branded brews only available onboard, while others, such as Celebrity, have themed bars that specialize in craft beer for those who are beer connoisseurs.

Look for specials, such as discounted buckets of beer (four beers served in a bucket of ice), at the pool bar. If you're considering a beverage package, make sure it covers the type of beer you prefer. (Note: Some packages do not cover buckets of beer.) You can even order beer to your cabin through room service, though fees will apply.

To give you an idea which brews you can expect onboard, here are cruise beer menus for four lines:

If you wish to immerse yourself in beer-themed travel, you can find the occasional theme cruise dedicated to beer. For example, river cruise line Avalon Waterways offers several sailings for beer enthusiasts to destinations known for their brews, such as Belgium and Germany, as well as some that might surprise you, such as the Netherlands and France. A "beer expert" sails with passengers to give lectures, lead beer tastings and beer-paired dinners, and accompany shore excursions.

We've also seen an Alaska Brews Cruise hosted by a beer news magazine, and sometimes culinary cruises will have a beer component in addition to wine.

You don't need a theme cruise to try interesting local beers in port. If you're an avid cruiser and drinker, consider drafting a beer bucket list and make a point to try local brews around the world in places such as the Caribbean, Alaska, Europe and even Asia or Australia. If you're not that organized, simply go into a bar near the port and ask to try something local. Or sign up for a shore excursion that features a brewery tour and tasting.

Some lines might carry local brews onboard, especially if they're homeported in a region for a while.

Related: 7 Ways to Find Europe Along the Mississippi

Sneaking Beer Onboard Your Cruise

Unless you're on an all-inclusive luxury line, such as Silversea or Seabourn, or Norwegian Cruise Line's Norwegian Sky, which has an all open bar policy, you'll need to pay restaurant prices for beer onboard your cruise ship.

If your ship charges for beer onboard, you can bet that you're also not allowed to carry your own six-packs onboard; if you do, they'll get confiscated. The exceptions are Disney Cruise Line -- which allows each passenger six bottles of beer brought onboard on embarkation day and in each port of call -- and Azamara, which has a semi-inclusive beverage policy and does allow passengers to bring beer onboard.

To avoid inflated alcohol prices and ensure their favorite brew is available onboard, many cruisers go to great lengths to sneak beer onboard -- trying everything from bribing porters to hiding beer in other containers -- but Cruise Critic does not recommend this strategy.

Please note that this is a sample menu only and subject to change at any time.