You may also like
Dismiss
10 Reasons Why Star Clippers is the Cruise Line for You
Best Cruise Travel Agents
7 Ways for Seniors to Save on a Cruise
Cruise Vision 2020: The Future of Cruising in Australia and New Zealand
The Most Exciting Ship Launches in 2020
New Cruise Ships 2020
Weaving 'Herstory': Q&A With the History-Making International Women's Day Cruise's Female Officers on Celebrity Edge
Q&A With Bug Naked, Cruising's Most Famous (and Least Furry) Feline
What Happens to Cruise Ships That Are Slated to Be Broken Up? 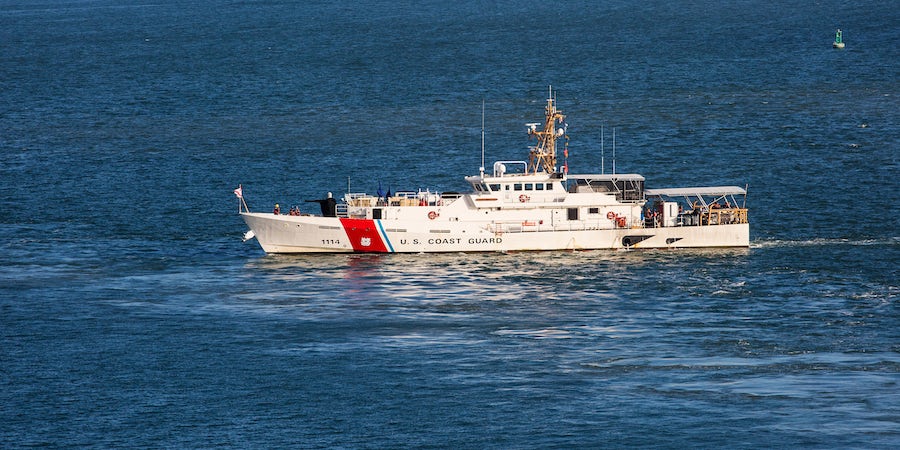 Cruise Ship Rescues: What Happens When Your Ship Helps Sailors in Distress

When Carnival Elation was taking shelter from Hurricane Irma last year, Captain Gaetano Gigliotti received a relayed distress call from the U.S. Coast Guard. A fishing vessel, the Captain Eddie, was taking on water some 60 nautical miles to the east of Carnival Elation's position.

Sailing through 15- to 20-foot seas and battling winds that gusted up to 60 knots, Captain Gigliotti took Carnival Elation to the reported position of the Captain Eddie. With the conditions too prohibitive to drop one of the cruise ship's rescue boats, Captain Gigliotti managed to bring the 70,000-ton ship alongside to rescue the fisherman, who jumped into the warmth of the cruise ship through an open shell door.

While the conditions during Carnival Elation's rescue were exceptional, cruise ships rescuing stranded sailors isn't all that uncommon. Passengers might find that a rescue simply adds a bit of excitement to an otherwise ordinary sea day or that their itinerary is somewhat impacted. But often, cruisers have questions about how a cruise ship becomes involved in a rescue, how the feat is accomplished and what happens to the rescued sailors. Here's what you need to know about cruise ship rescues.

Every cruise ship rescue effort begins with a distress call. A distress call is typically picked up by the officers on the navigation bridge, either directly from the ship in distress or from the Coast Guard or other vessels acting as a relay. The officers then determine where the stricken vessel is located and plot a course to it. In other cases, a cruise ship can simply happen upon stranded sailors at sea who have already left their vessel behind and are in small rafts or other lifesaving equipment.

The captain of a vessel has an obligation to render assistance to sailors or vessels in distress at sea, and must do so with all available speed while informing nearby ships and relaying the distress call. It's not just about doing the right thing; it is about saving lives. It also means that officers must try to save the distressed sailors even if it will force the ship to adjust its itinerary and potentially inconvenience cruisers.

If the ship has to travel some distance to reach the stricken sailors, a few things start to happen. The ship will pick up speed to reach the area as fast as possible, and preparations might be made -- depending on the nature of the incident -- to bring aboard survivors.

Rescuing three sailors stranded in a raft necessitates different preparations than assisting another passenger ship in distress. In the case of an incident like that, public rooms and open decks could be closed off prior to the vessel reaching the stricken ship.

Once on the scene, the ship's officers, together with many members of the ship's crew, will play a crucial role in bringing rescued individuals onboard. Manned by a combination of officers and able-bodied seamen (known as ABs), the ship's rescue boats might be lowered, along with the ship's tenders, to assist in this process. The ship's security officer also plays a crucial role during this time and takes a supervisory role.

Shell doors near the waterline will be opened, and crew might restrict onboard services or access to certain decks during this time. Passengers are often permitted to watch from their cabin balconies or from outer decks that remain open.

Once onboard, rescued individuals are typically checked by the ship's doctor before being provided with a hot meal and accommodations for the evening. This can be either a passenger cabin or a crew cabin, depending on the situation and the load of the ship. In some cases, survivors could be put up in public rooms if no other accommodations are available, and will be made comfortable until the ship can return to port.

But that doesn't mean that rescued sailors get a free cruise. The survivors are typically put ashore at the next port of call, unless mitigating circumstances dictate otherwise. Ports can sometimes refuse ships the right to land rescued survivors, particularly if there are refugees or asylum-seekers onboard.

In the case of a cruise ship rescue involving numerous survivors, a ship may immediately re-route to the nearest port of call or change its itinerary altogether. Carpathia, which came to the aid of the stricken R.M.S. Titanic in the early morning hours of April 15, 1912, was actually bound for the Mediterranean when its officers responded to Titanic's distress call. The ship ended up re-routing to New York before eventually continuing on its way nearly one week later.

Most cruise ship rescues these days only involve a handful of people in distress. Other than a few hours spent sitting idle in the middle of the ocean, picking up sailors in distress doesn't typically have significant impacts on the itinerary of the cruise in progress. Depending on the nature of the distress call, the ship's deviation and time spent responding to the call might result in adjusted port times or possibly a diversion to a nearby port of call.

The ship's captain and officers are typically in contact with the cruise line's head office whenever they are called on to attempt a rescue. They might not know for several hours what the new plan will be, as all energies are being focused on saving lives, and the time needed to bring the stranded sailors onboard would be unknown. Once any cruise impact is known, the officers will be sure to communicate the news to passengers in a timely fashion.