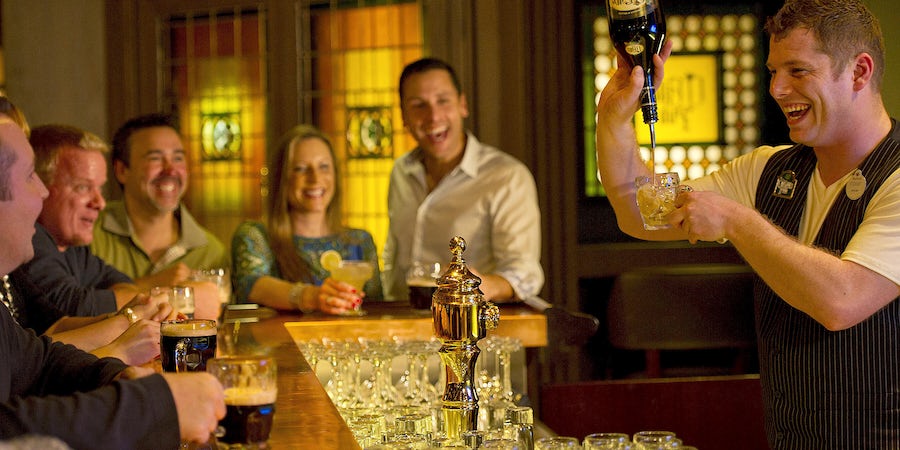 A cruise with the mouse might have you thinking alcohol is off the table. On the contrary; when you set sail with Disney, beer and other adult beverages are readily available at restaurants and in the adults-only bar and nightclub areas.

The largest beer lists, which include everything from lagers and pale ales to ciders and stouts, can be found at the ships' sports bars and pubs: O'Gill's on Disney Fantasy and Disney Magic, Pub 687 on Disney Dream, and Crown & Fin Pub on Disney Wonder.

Below is a sample beer menu from O'Gill's.

Note: Menus are samples and are subject to change by season, ship and itinerary.