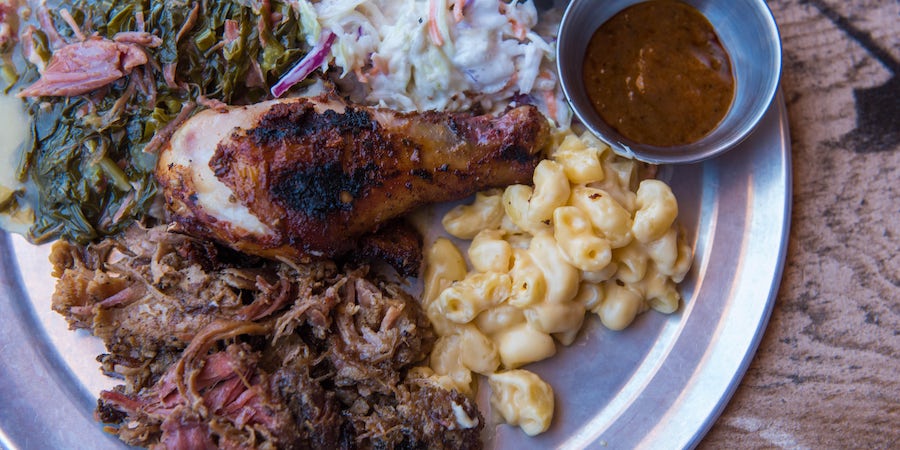 Many cruisers identify themselves as foodies, and cruise lines are responding with titillating dining options. Menus with Continental favorites now also cover many cuisines of the world. The goal is to provide as much variety as restaurants on land and at a high quality. Onboard dining venues are embracing the latest food trends, from celebrity chefs to farm-to-table cuisine.

If you want to know about cutting-edge cruise cuisines, here are six hot cruise culinary trends.

As more people strive for healthier, plant-based diets, cruise lines have jumped on the trend. Oceania Cruises was an early leader, introducing a plant-based menu a few years ago, and now has the most comprehensive vegan menu at sea. The upscale line recently added more than 200 new dishes to its breakfast, lunch and dinner menus, including a Hawaiian poke bowl, truffle mac and cheese and green curry stir fry with eggplant and oyster mushrooms.

Among the mainstream lines, Royal Caribbean has taken the lead, announcing in 2019 a three-course vegan menu available in main dining rooms fleetwide, as well as selections at the line's Windjammer Cafe.

Vegans on Carnival Cruise Line ships make a beeline to the Lido Deck eateries. You can get a yummy vegan burger at meat-centric celebrity Chef Guy Fieri's Guy's Burger Joint or concoct your own burrito at the Blue Iguana Cantina. In the main dining rooms on Carnival ships, you might ask for a vegan Indian food sampler platter.

On Virgin Voyages' soon-to-debut Scarlet Lady, the Razzle Dazzle restaurant will have what the line is calling a "nice" menu of plant-based vegetarian and vegan dishes such as the Impossible Burger. (There's also a "naughty" menu so you can spike your smoothie with a shot of booze.)

As people on land seek to know where their food comes from and prefer local sources, with sustainable and organic products, cruise lines are paying attention. The farm-to-table or market-to-table movement is being adapted to sea. While acquiring fresh ingredients from local vendors at ports of call is difficult on larger ships -- which need huge quantities to prepare thousands of meals each night -- small luxury ships and river ships are working to source more items from local markets.

A chef from a Sea Cloud sailing ship might head ashore in the Caribbean to purchase a whole fish to slice and grill per order on deck; a chef from a Windstar ship may purchase fresh tomatoes at a market in France for dinner; and a Seabourn chef may pick up pounds of dates and spices at a market in Oman.

On the river ships of Uniworld Boutique River Cruise Collection, chefs create some menu items daily based on seasonal produce that they discover at local markets where ships dock. Similar experiences are available on Oceania Cruises and Viking Cruises.

Crystal River Cruises takes the approach into the stratosphere with its Vintage Room experience, where on a Rhine itinerary an intimate group of guests might dine on Dutch caviar, raw oysters, local fish and venison with fresh-baked bread and butter purchased that day in Strasbourg, France -- accompanied by fine hand-selected wines. Silversea's S.A.L.T. Kitchen will offer regional cuisine based on the cruising destination; its S.A.L.T. program will emphasize cooking classes from local chefs and shore excursions focused on the local culinary scene.

With your casual pre-dinner drink at the bar, you might be interested in something better than a simple, salty bowl of peanuts or chips. As on land, the at-sea bars and pubs are responding with delightful nibbles, and some gourmet takes on pub food, so you can nosh and imbibe with panache on your next cruise.

On Norwegian Escape, Norwegian Bliss and Norwegian Encore, for instance, you may accompany any of the more than 70 mostly craft bears (about two dozen on tap) at the District Brew House with gastropub-style, globally inspired fare from Food Republic, just across the hall. Or, order a glass of wine at The Cellars and you may order small plates from a nearby eatery, such as Iberico ham and Manchego cheese, garlic shrimp and cod Croquettes from the tapas bar Pincho on Norwegian Escape.

On Carnival Breeze and Carnival Magic, you can belly up to the bar at the RedFrog Pub and order a pint of Carnival Cruise Line's signature private-label brew, ThirstyFrog Red, accompanied by such noshes as coconut shrimp or conch fritters. That food menu is also available aboard Carnival Vista, with its RedFrog Pub & Brewery, featuring craft beer brewed onboard. At Guy's Pig and Anchor Smokehouse Brewhouse on Carnival Horizon and Carnival Panorama, you may order beer and food, whether you want a snack or the whole hog.

Cruise ships have long paid tribute to Continental cuisine, but today's cruisers want to explore the flavors of the entire world. Featured dishes inspired by the itinerary are becoming standard on main dining room menus across multiple cruise lines. Think callaloo soup in the Caribbean, pad Thai in Thailand and beef bourguignon in France.

International tastes are not limited to the current destination. On all sailings, Holland America's Culinary Council, a group of top chefs from around the world, have created an international carte du jour for the main dining rooms and select specialty restaurants.

Working with the Pubbelly Restaurant Group of Miami, Norwegian Cruise Line developed Food Republic, an a la carte venue filled with gourmet international bites and shareables from Peru, China and Japan among others; try the dates and chorizo with smoked bacon, tomato and goat cheese crema; spicy Korean chicken wings; or a new take on noodles or ceviche.

When luxury line Seabourn wanted its own artisan gelato, the line sent chefs to Bologna, Italy for gelato-making training. The delicious results can be sampled in Seabourn Square, the ships' living room-like hub, or from a dining cart at The Colonnade casual restaurant.

The Colonnade also hosts special buffet nights based on destinations; for instance, on a Middle East itinerary you might find a lavish buffet with everything from grape leaves to roast lamb. For those who want fantastic world-cuisine-inspired tastes served with a backdrop of the sea and twinkling stars, the line also has Earth & Ocean, a pop-up eatery at night on the pool deck.

For those who want to have their cake, cook and eat it, too, cruise lines have added gleaming test kitchens where passengers can get their hands on new techniques while preparing their own meals.

Carnival Cruise Line has debuted a culinary studio called Carnival Kitchen on the new Carnival Panorama. The ship's chefs are leading classes such as Carnival Classics where you might learn to make the line's popular dishes such as warm melting chocolate cake, tuna tartare from the Fahrenheit 555 steakhouse and saffron risotto from the Cucina del Capitano. There is also a Cake Class and Pasta Master Class.

You'll find other such test kitchens and culinary courses at sea from the Culinary Center on Oceania's Marina and Rivera; Viking Ocean Cruises' The Kitchen Table; Virgin Voyages' The Test Kitchen; and the Culinary Arts Centers on select Holland America ships.

The Culinary Arts Kitchen classes on Regent's Seven Seas Explorer and Seven Seas Splendor include everything from "Island Fusion," covering the diverse cuisines of the Caribbean, to "Nourished Kitchen," featuring plant-based dishes.

Celebrity chefs continue to open eateries at sea. Latest to join the prestigious group is Emeril Lagasse, who will have Emeril's Bistro 1396 onboard Carnival's Mardi Gras, set to debut in fall 2020. The restaurant will feature authentic bayou flavors in dishes such as fried oysters duck & sausage gumbo, po-boys, muffaletta sandwiches and jambalaya -- and no doubt a few shouts of "BAM!"

Thomas Keller, arguably America's top chef (with restaurants such as The French Laundry), adds his touches to both fancy and casual menus on Seabourn ships. While dishes at his eponymous shipboard steakhouse and in the main dining room are to die for, you'll not want to miss the Keller casual barbecue night either.

Other well-known ship-going masters of their craft include Nobu Matsuhisa with his eateries for Crystal Cruises, and Guy Fieri with his Guy's Burger Joints and signature barbecues on Carnival ships. MSC Cruises boasts collaborations with chefs including Italy's Carlo Cracco, Spain's Ramon Freixa for HOLA! Tapas Bar and Japanese-American Chef Roy Yamaguchi, known for his Hawaiian-inspired cuisine.

When Ritz-Carlton debuts its first yacht, guests will be able to indulge in a European-inspired tasting menu at specialty restaurant S.E.A., with cuisine by Chef Sven Elverfeld of Aqua, a three Michelin-starred restaurant at The Ritz-Carlton in Wolfsburg, Germany.