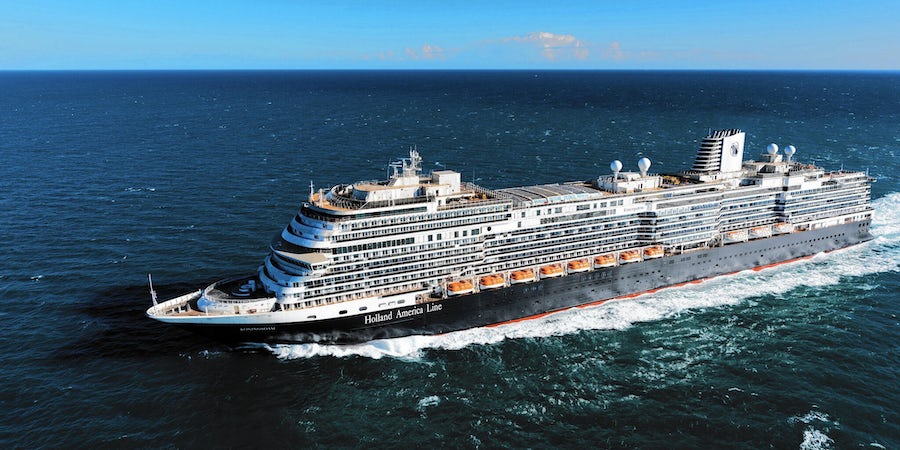 On its Pinnacle-Class ships, Holland America baked in more choice -- whether dining, entertainment or cabin options -- than on any other ships in its fleet.

Five specialty dining venues offer culinary-minded cruisers a range of choices, from a traditional steakhouse or casual Italian to pan-Asian and sushi.

And, while all HAL ships have one or more of the elements that make up Music Walk -- B.B. King's Blues Club, Lincoln Center Stage, Billboard Onboard -- only Pinnacle-Class ships have the fourth venue, the Rolling Stone Rock Room, which debuts on Nieuw Statendam in late November 2018 and will be added to Koningsdam at the same time. You'll also find BBC Earth concerts, which combine a live orchestra with specially produced BBC Earth documentaries.

Another feature Pinnacle-class ships have that other Holland America vessels don't is Blend, a wine-blending class created in partnership with Chateau Ste. Michelle.

As for outdoor pursuits, all Pinnacle-class ships have two pools, two hot tubs, an outdoor sun deck with a retractable roof and an open-air cinema. The Retreat, an extra-fee alfresco lounge deck, debuted on Pinnacle-class ships. Your lounger is guaranteed, and you can enjoy drinks and snacks as part of the daily or weekly fee.

Pinnacle-class ships are also the only vessels in the HAL fleet that have ocean-view cabins sized and priced specifically for solo travelers.

Differences Among Ships Within the Pinnacle Class

The differences between the two Pinnacle-class ships are mostly subtle; it's upon closer inspection of the deck plans that variances are apparent. Nieuw Statendam has eight more cabins than Koningsdam, and the ship's ocean-view family cabins have been reconfigured to offer more living space.

But, there is one big difference between the two. Koningsdam has a Culinary Arts Center, and Nieuw Statendam does not. Instead, the latter has the Club Orange restaurant, an exclusive venue for breakfast and dinner, available only to Neptune-suite passengers (or to anyone who pays an upcharge for the full Club Orange premium experience).

The two Pinnacle-class ships are best for mature cruisers who love live music and good food, don't need a lot of daytime stimulation, but also aren't intimidated by a 2,500-passenger ship. It's got everything the traditional Holland America cruiser enjoys but on a larger scale, so it doesn't offer the same intimate service that the line's older, smaller ships are known for.

While the line does offer family programming and the Club HAL kids and teen clubs, the ships are not overly inviting for younger children. There are no outdoor amusement park-style attractions to keep them busy.

Fares for the Pinnacle-class ships run higher than they do for other Holland America ships.