You may also like
Dismiss
What Not to Forget On a Cruise: 13 Things to Remember to Pack
10 Terrible Cruise Habits You Must Break
14 Cruise Taboos You Should Never Break
Why a River Cruise is the Best Way to Visit Venice: Live From Uniworld's S.S. La Venezia
Alaska Cruises Are A Go For 2022, Though Scope of Cruise Season Remains to Be Seen
What COVID-19 Protocols Are in Place in the Greek Islands for Cruise Ships? A Guide
Five Bucket List Cruises You Can Take Right Now
A Day at Virgin Voyages' Bimini Beach Club: Live From Scarlet Lady's First Cruise
Squid Ink on Virgin Voyages: What You Need to Know Before Getting a Tattoo on a Cruise
Why Flying In One Day Before Your Cruise is More Important Now Than Ever 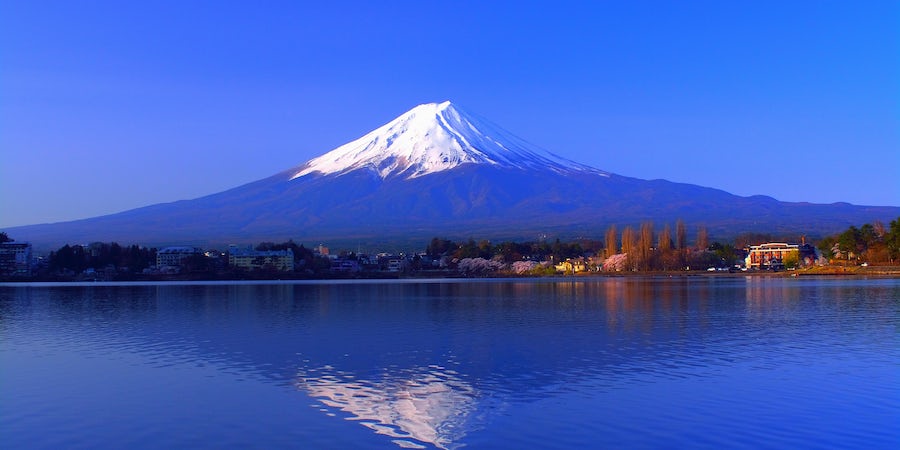 Is a World Cruise on Your Bucket List? 3 Travelers Say, "Do It!"

For Carolyn Cox, the moment came when her cruise ship approached Tokyo. "Mount Fuji was out, and we were sailing straight toward it for hours. I must have taken 1,000 pictures."

For Marc Sola, it might have been the day that he and a few companions left their ship and took a private tour through an art collective in Mozambique in East Africa. "It was one of the most enlightening places I've ever visited. It's extremely poor, but the creativity they used to get by in life was clearly amazing."

And for Keith Steiner, it was probably the afternoon his ship cruised by the coast of Antarctica, passing by dozens of whales. "It was surreal. I felt like we were sailing on another planet."

Although each of them had years of travel under their belts, taking a world cruise forever changed the way they saw the planet, providing unforgettable and indelible memories.

In a marketplace of cookie-cutter packaged vacations, a world cruise is an outlier. It offers the chance to leisurely explore the globe on a trip that can last more than four months, all from the comfort of a luxury cruise ship.

These three passengers traveled on Crystal Cruises, one of a handful of lines offering the unique experience. The passengers say the ships they took, Serenity and Symphony, were the perfect size for this type of trip, each with a capacity under a thousand passengers. They're large enough to offer a variety of services and amenities and to have a good mix of people, without being overwhelming. "It's not too big, or too small. It's like Goldilocks," says Steiner, who has sailed on eight world cruises with Crystal. "This is the best of all worlds for us."

And years after the voyage, the memories are still vivid.

An Extended Cruise: How Can a World Cruise Help You See the World?

Like many passengers, Cox, who joined Crystal world cruises in 2017, 2018 and 2019, had already seen a lot of the globe when she and her husband signed up for their first monthslong adventure. She had sailed on most of Europe's rivers and biked across South Africa, among many other experiences. But an extended cruise had a special appeal. "I really wanted to see the world. It was such a thrill to visit places we had read and heard about."

The itinerary, which changes every year, was an important factor in choosing the trip, she says. "I loved the ports of calls. They picked some really, really marvelous places to stop. I signed up for every excursion that was available."

The Middle East held a special attraction. "We were able to get to Bahrain, Abu Dhabi, Dubai and Oman. We went up the Red Sea, and Suez Canal, visited Petra, and spent some time in Jerusalem," she recalled.

But through the blur of new countries, cities and cultures, Abu Dhabi still stands out. "The mosques were fantastic. They had inlaid jewels in the shape of flowers. It was out of this world." But so too, were the skyscrapers of Malaysia's capital Kuala Lumpur, the pagodas of Myanmar and the villages of Sri Lanka.

Sometimes the Best Experiences Happen in Ports of Call 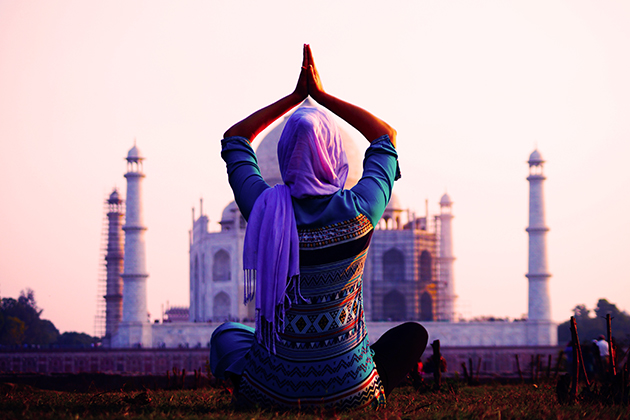 In India, Cox took a private trip, arranged by her Virtuoso travel agent. Cox and her husband left the ship in Mangalore and flew to New Delhi, where they had a driver take them to Agra to see the Taj Mahal. "We got marvelous photographs like you see in a magazine. I loved India." And then they flew back to Mumbai to rejoin their ship.

Sola, who took the 2015 world cruise, said he was selective about the excursions he booked, but the ones he splurged on account for some of the highlights of his world cruise.

He was particularly taken by a three-day trip to a stylish Ecuadorian rainforest eco lodge, which had rooms with giant glass windows. "It was very special. We were all kind of awed when we arrived."

The lodge had small pedal-powered vehicles that took visitors across a zipline, allowing them to literally hang in the treetops and observe wildlife. "The hummingbirds were like nothing I had ever seen. They were big and had really long tails. You would see these insects with just fabulous colors. The guides were just incredible."

Other memorable excursions arranged by Crystal included a volunteer reforestation project on New Zealand's South Island to help restore habitat for penguins, and to visit a rehab hospital where the injured seabirds were treated. "We got a chance to see them and work with them where they lived," he says.

And then there was the day he spent on the Indian Ocean island of Mauritius. He and a few other passengers took a private tour arranged by an acquaintance, whose sister was a travel agent in the country. "She got us a whole day in a van and we just toured around the island. We had a very special meal. There were no plates, everything came to you on a leaf. It was so cool."

That First World Cruise, and What We Know Now 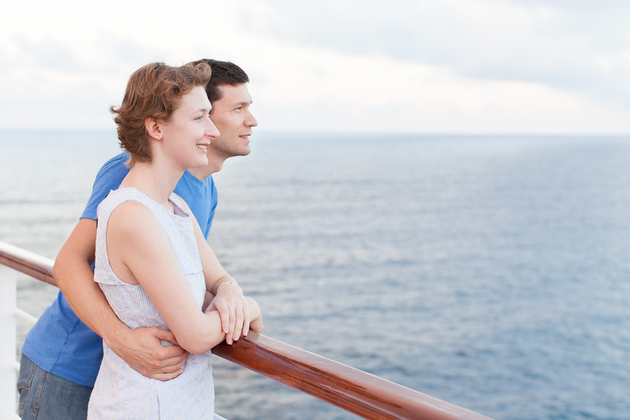 Steiner understands that feeling of awe. He and his wife took their first world cruise in 2007 to celebrate their 30th wedding anniversary, and have made it a habit ever since. "We don't even call it a cruise, we think of it more as an adventure because you're on it for such a long time," he says. "I've seen quite a bit of the world now."

And he also has a better understanding of it, thanks to onboard lectures from experts and from visiting countries and seeing their cultures firsthand. For example, he particularly remembers a 28-day sailing through the Middle East in 2010, when he toured Saudi Arabia and Iran. The former country struck him as closed and conservative, the latter more welcoming. "I would rather see things through my own eyes than see it through someone else's eyes or camera."

Although he loves the travel, the countries and the new ports, he also enjoys getting to know the fellow passengers and crew during their months together at sea. "We've learned philosophies and histories. We've learned about diversity."

And as a result, he and his wife have changed. "We feel like we've grown," he says. "We've learned a lot about people. And a lot about ourselves."