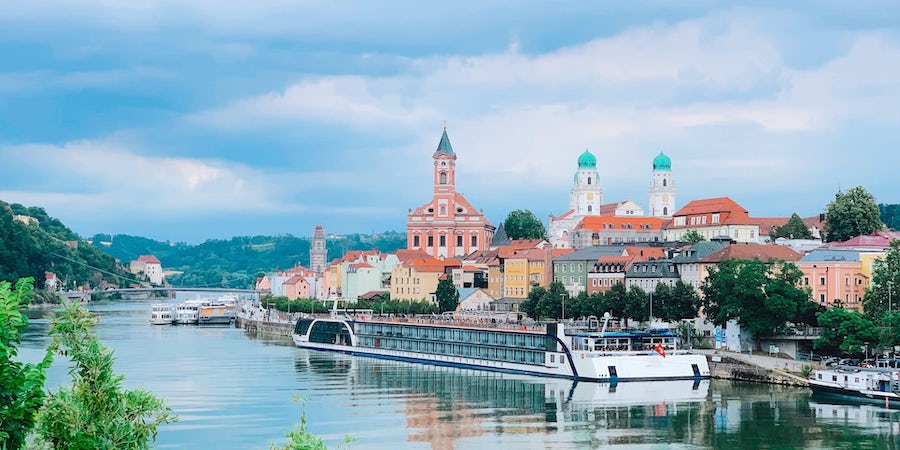 For fans of river cruising, times have changed.

There's no one better to help us trace the evolution, or dare we say revolution, that European river cruise travel has undergone than Rudi Schreiner. Schreiner, who ushered in Europe river cruising for lines such as Viking River and Uniworld before creating AmaWaterways, says his experiences go way back to the 1990s, when river cruises as we know it hadn’t yet evolved. Vessels were cramped, and service was bare-bones. “You had small cabins with bunks beds you would pull down at night,” he says.

A decade later, when he helped start a company that became AmaWaterways, ships had already begun to change. Cabins were big enough to hold a queen bed. Dining had become a multi-course event, with gourmet food paired with wine.

“It started getting more luxurious,” he said. “People would spend more time on the ship.”

And now the industry is on the cusp of what may be a similar seismic shift. After a decade or more with new ships hewing to locks-and-bridges-restricted sizes, AmaWaterways is going against the grain. It’s built a big ship. One that competes, to some extent, with the options available on coastal cruising vessels.

This progression shows how river cruising continues to change. “There has been a constant evolution,” Schreiner says. “It’s always more options, more choices, larger staterooms. Every new ship that comes out, you think what else can you do?”

The factors that have driven the design of river cruise ships are surprisingly complex, involving European geography, maritime engineering and customer expectations.

In what may surprise Americans, for decades river cruising was largely a mass-market experience. Most customers were Europeans, looking for a quick two or three-day trip (and there are still a plethora of short-stay vessels serving the Euro market). But everything changed in 1992 when Germany opened the 106-mile Rhine-Main-Danube Canal. The waterway, first envisioned by Charlemagne in 793, connected the North Sea to the Black Sea. Although built for cargo shipping, it helped pave the way for Europe’s modern river cruise industry.

Companies soon began to offer longer trips on fancier ships. Over the years, newer builds added extras like a sundeck with shaded canopies, a heated indoor pool with retractable glass roof and a limited number of suites with wraparound balconies. This helped attracted North American customers, who, having traveled so far, wanted a more luxurious experience.

Ships also evolved to a standard size, dictated by the dimension of the canal locks and the height of bridges. The vessels maxed out at just over 440 feet long, and just under 40 feet wide. Anything larger simply couldn’t fit into the locks, which limited their ability to sail. Height was limited to two-and-a-half or three levels, although designers added an extra few feet by installing hydraulic systems that lowered the top deck pilot house when the vessel approaches a low-clearance bridge.

In some instances, these changes were driven by demand from consumers who had sailed on huge new ocean-going cruise ships, where they found dozens of dining areas, large theaters, and endless bells and whistles from bowling alleys to ice skating rinks. They didn’t demand quite the variety of features but they still like having options.

Some experts say it would be a mistake to put most of these extras on river ships. Not only do the ships lack space, but there’s not the demand. “People go on river vessels to travel in the heartland of Europe and they want to be out and exploring places,” says Douglas Ward, a veteran cruise journalist and author of the Berlitz guide River Cruising in Europe & the U.S.

Still, as river cruise companies have learned, passengers do want to be wowed when they step aboard their ship.

As ocean-going cruise ships began to add balconies, river ships followed suit. Because of width limitations, vessels rarely included traditional balconies extending out from the side of the ship, so designers improvised and added French balconies, large floor to ceiling windows that could open like a patio door. (Later variations would lower a large window spanning the entire room into the floor with a touch of a button.) By placing patio-style furniture in front of the opening, these windows gave the appearance and provided the fresh air of a balcony without sacrificing room space.

Likewise, the popularity of ocean cruise spas led some river ship companies to shoehorn in tiny workout areas, a hairdressing salon, and a massage room. But it was always a zero-sum game. For everything added, something had to be taken out.

That’s what led to AmaWaterways to try something different and commission AmaMagna, a ship double the width of a standard river vessel. It's got twice as much room as other river boats that ply the Danube -- and, ecause of its size, the 443-foot long and 72-foot-wide vessel will be limited to the Danube River. But that shouldn’t be too limiting: the ship will sail three itineraries, including one that features some of Europe’s top golf courses.

It’s been 20 years since cruise lines have tried to build a substantially bigger river ship. A generation later, river cruising has changed, and industry experts are eager to see the latest innovations.

“That double width does allow AmaWaterways to do extra things,” says Ward.

And the company believes that more than anything else, customers want space.

Although the new ship is much larger, the number of passengers will barely grow. Instead of 160, the maximum capacity on most ships, it will welcome 196. That means passengers will find much bigger staterooms, which will range from 205 to 355 square feet, most with true outside balconies. There will also be 46 suites, measuring 355 square feet, six Grand Suites at 474 square ft., and an Owner's Suite, with separate living and sleeping rooms, at 710 square ft.

“Your cabin is comparable, or even better than a cabin on a seagoing vessel,” Ward says. “That’s a huge step.” He says he’s not surprised about the design. “In last, three, four, five years, you’ve seen the demand: for more space, and more luxury.”

The ship’s builder says constructing the vessel has been a fascinating technical challenge, forcing him to rethink details like storage, firewalls and sprinkler systems, along with bigger questions like cabin design.

“It’s a lot of little things coming together,” says Koert Kamphuisen, who has built dozens of other ships, and collaborated with Schreiner on several vessels for AmaWaterways. “It’s very interesting to do something new.” Another innovation addresses consumer demand for more dining options. Along with a main dining room and a separate chef’s table restaurant, the AmaMagna adds an al fresco dining area with retractable windows at the front of the ship, and a Jimmy's Wine Bar restaurant.

In total, the ship has restaurant seating for 270, much more than the number of passengers. That means diners will never feel packed in, says Kamphuisen. The ship also has five bars.

And while no one’s predicting that climbing walls will appear anytime soon on river ships, passengers will notice an additional emphasis on health and fitness. AmaWaterways recognized the concern in 2017, adding a wellness host on one ship. In 2019 it has expanded the initiative fleetwide.

Here’s another reason why the size of AmaMagna, a riverboat on the Danube, matters. Its workout area is roughly four times larger than on a typical river-going ship, and given a prime location at the rear of the vessel. It has a massage rooms, and a small bar, which serves serve detox beverages and freshly squeezed juices.

The top deck also inspires healthy lifestyles. Yoga and fitness classes have room to stretch out on a heated floor. The AmaMagna has an expansive Zen Wellness Center for group exercise. The deck has a large-for-a-riverboat pool and a whirlpool. There's and a walking track. And finally, in an absolute first for the river cruising industry, there’s this: AmaMagna has a watersports platform attached to the back of the ship. There is a small boat for group touring, and a chance for passengers to just sit by the deck and have a cocktail as the river flows by a foot below.

Kamphuisen says he knows other river ship companies will be watching this latest project closely, and are likely to pick-up on some of its innovations.

And while he says he can’t predict what will come next, he does have an idea he has been mulling.

Why should cruise ships be limited to either a river or an ocean, he asks? What if a coastal vessel could navigate both? He says such a ship could sail from England and then enter the rivers of mainland Europe, or more likely explore the waters of Asia.

“That’s something new that would be a challenge,” he says. “Why not?”

What else do you want to know about river cruises in Europe? Check out these other stories...