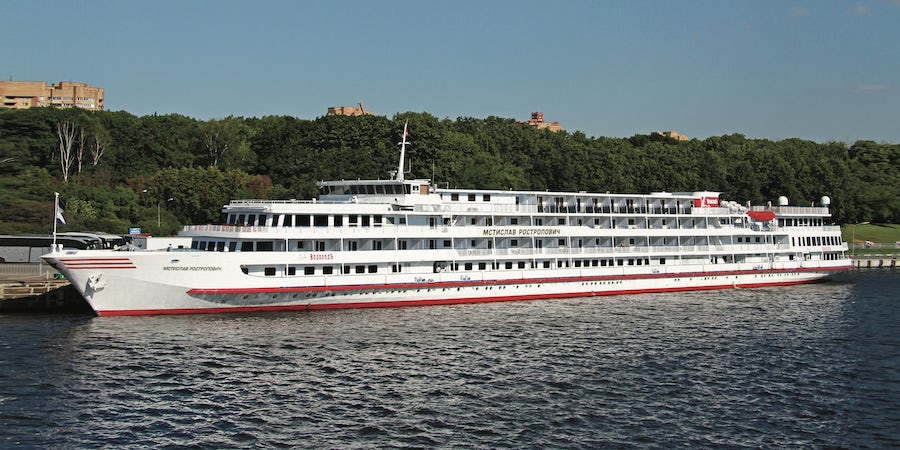 Why Vodohod Is the River Cruise Line for You

Vodohod Cruise and Travel is a Russian owned and operated company that was founded in 2004. It has grown into the country's largest river cruise operator with a fleet of 12 international English-speaking ships and a new-build on the way for 2020. Ships are branded as three-, four- and five-star vessels and the line offers seven- to 11-night sailings between Moscow and Saint Petersburg along the Moscow Canal, Volga River and its tributaries plus sailing across Lake Ladoga and Lake Onega -- the two biggest lakes in Europe.

Vodohod offers affordable cruises that are considerably less expensive than similar itineraries along the same rivers. Its vacation partners include value-for-money companies such as U.S.-based Gate 1 Travel. There are reasons why the fares can be $1,000 or so lower than others, but you certainly won't feel short-changed when it comes to the overall experience of cruising through Russia.

On most river cruise lines all ships are exactly the same, with few differences between vessels run by the same company when it comes to onboard amenities. Vodohod offers travelers a choice with its fleet of vessels that the company ranks between three and five stars. Four-star ships might not have elevators and balconies, for example, so if these facilities are not important you can enjoy exactly the same cruise for less money.

A regular gripe on river cruises is there isn't enough entertainment, particularly when the sun goes down. Not so with Vodohod. In addition to the onboard pianist that is a mainstay on most cruises, you can also expect to find a talented resident folk band -- usually comprising a vocalist, accordionist and balalaika (Russian stringed instrument) player -- along with a musical duo. There are shows after dinner on most nights and night owls can dance the after hours away with live music from around 10:30 a.m., plus, the bars stay open until midnight.

Related: 8 Reasons To Do Long Cruises with Holland America Line

For the majority of travellers, Russia is an intriguing and fascinating country. Vodohod enables passengers to get under the skin of this vast nation with a comprehensive and well thought out cultural program that includes language, song and dance lessons, poetry recitals and talks on subjects including art and fairy tales. Outstanding lectures on history and politics are delivered by speakers, including university professors, who are happy to tackle any questions in roundtable sessions. 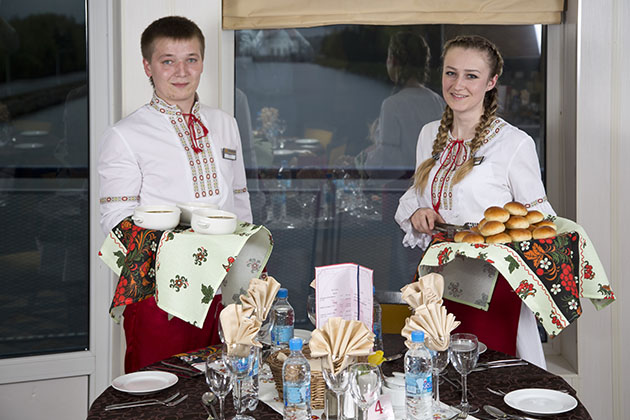 Serious sessions aside, Vodohod offers a packed daily program to fill daytime sailing hours. These include Russian doll painting classes (with a prize for the best one), an onboard treasure hunt, bingo, quizzes and a pirates' night.

Vodohod is constantly updating and refurbishing its fleet. The four-star MS Konstantin Fedin emerged from a six-month dry dock for the 2018 season and boasts new-look cabins with a fresh nautical color scheme, a bright Russian-themed restaurant and airy Conference Hall on the Sun Deck that is used for various shows and entertainment. MS Nizhny Novgorod will be refurbished for the 2019 season and new-build Prince Vladimir launches in 2020.

Related: What Is a Livery on a Cruise Ship?

Walkout balcony cabins are still a relative rarity on river ships, especially those that sail in countries, including Germany, Austria and France, where the size of vessels is limited by low bridges and narrow locks. In Russia, things are very different and riverboats are much bigger. Some ships in the Vodohod fleet, such as MS Rostropovich, offer verandas in virtually every cabin across three passenger decks. On other ships, there is room for a table and chairs outside the cabin on the public deck, along with full promenade decks circling the entire vessel so passengers can stretch their legs.

Fares include daily excursions and any entry fees to all the "must see" sights including Moscow's Red Square, the Kremlin and Tretyakov State Gallery, which houses the leading collection of Russian icons. In Saint Petersburg, the agenda includes the world-famous Hermitage Museum, Peterhof Palace and the Catherine Palace and park. 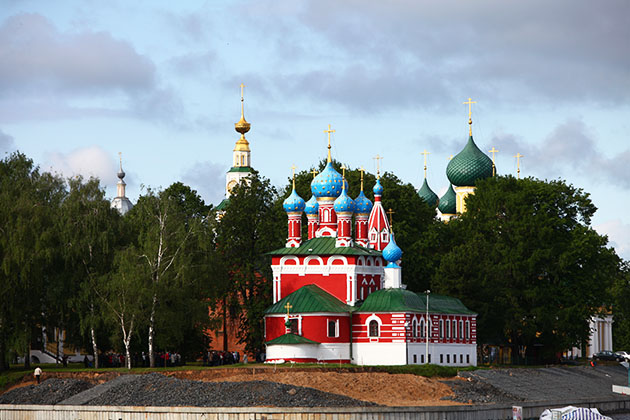 If you prefer not to travel in a horde with your fellow countrymen -- and like to broaden your horizons chatting to folks from other countries -- you are guaranteed to meet a cosmopolitan bunch aboard a Vodohod ship. The company sells cruises around the world to nations including the U.S., U.K. mainland Europe, Hong Kong, Brazil and beyond. This makes for an interesting onboard vibe.

While many river cruises are adult-only -- or only attract adults -- kids are welcome on Vodohod. Although there are no specific facilities for youngsters, the ships are large enough for children to play without disturbing others and crew members make a big fuss of any mini-passengers. Some ships offer single to three-person cabins, which are ideal for parents with children and solo travelers in multigenerational groups.

Vodohod is probably not the line for you if you like…

Each evening you have to tick a form to make you dining choices from a menu of three appetizers, two soups, three entrees and three desserts for the next night's dinner. So, if you like the spontaneity of deciding on your meal when you sit down at the table, it isn't the company for you.

On embarkation you are allocated a restaurant table with fellow English-speakers for the duration of the cruise, in particular dinner, which won't suit those who enjoy the freedom of open seating and getting to know new passengers -- and in a worst case scenario escaping from folks they don't get along with. There is some flexibility to join other English tables for breakfast or lunch but nobody did this on our cruise, which probably shows the system works and everyone gets along just fine.

Related: 5 European River Cruise Lines Worth a Look by Americans

Unlimited wine and beer at meals

On many river cruise lines it is the norm to include free-flowing wine, beer and soda with lunch and dinner, but naturally there are reasons that Vodohod cruises cost less than some of its competitors and this is one of them. If you like an alcoholic beverage with your lunch, you will have to pay for it. Dinner does include one glass of red or white wine, beer or soda but if you want a refill, you'll have to add it to the onboard account.

Waiter-served meals at breakfast and lunch

Breakfast and lunch are buffet meals with no a la carte menus or made-to-order options. If you're a fan of self-serve, you'll be fine, but if you prefer to sit down and have wait staff bring food to the table, then it won't go down so well.