You may also like
Dismiss
Cruise Culinary Demos and Classes: See What's Cooking at Sea
Best Foodie Cruises
Culinary Discovery Tours on Oceania Cruises
19 Great Culinary Shore Excursions
Drinking on the Douro: What to Sip on Your Portugal River Cruise
8 Reasons To Do Long Cruises with Holland America Line
Princess Cruises' Discovery at Sea Program
8 Exhilarating Shore Excursions
Chocolate-Themed Cruises: Who Offers Them and Where Do They Go?
Best Cruise Cookbooks 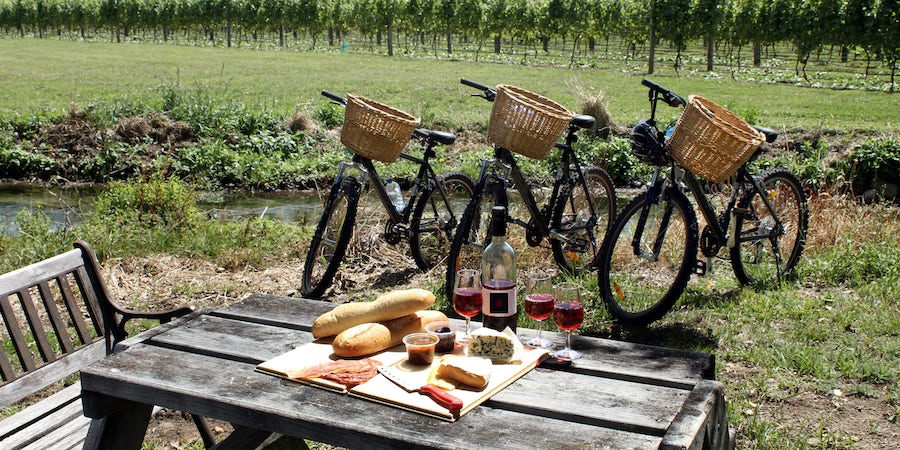 Princess Cruises is testing the theory that the best way to a cruiser's heart is through their stomach with a series of destination immersion shore excursions created in partnership with food and lifestyle brand, Bon Appetit. The tours are aimed at people who want a deeper dive into a region's gastronomy, with hands-on demos and tastings by acclaimed chefs and food producers.

Essentially special interest shore excursions, Princess Cruises has rolled out more than 30 of these Bon Appetit-affiliated culinary tours around the world. The tours fall into two categories: "Recommended" tours are those that have been endorsed by Bon Appetit for their immersion into the food culture of a particular port or region; "Exclusive" tours are just that, excursions designed by Bon Appetit and available only through Princess Cruises, offering a more in-depth culinary experience than is available on traditional shore excursions.

From Alaska to Argentina, the offerings -- which range from three to eight hours -- hopscotch through such varied Pacific foodie scenes as Tokyo and Papua New Guinea, and Euro haunts ranging from Iceland to Corfu. Other ports where the shore excursions are sold include Helsingborg, Sweden; Punta del Este, Uruguay; and Sorrento (Naples), Italy.

Cruisers signed up for a Bon Appetit tour (either Recommended or Exclusive) meet onboard the ship at a pre-determined time and location and depart together, usually boarding a motor coach to venture away from the port.

Throughout the tour a local guide will provide background on the history of the port and larger area, as well as the culinary focus of the tour, covering the specialties of the region as well as what foods are sourced locally.

Most of the tours include multiple stops. For instance, the Island-Style Progressive Brunch tour in Hilo, on the Big Island of Hawaii, takes participants to three different Hawaiian homes to indulge in such items as Kona coffee, malasadas (Portuguese deep-fried dough balls), Portuguese sausage and fresh, locally sourced salads. The Made in Mexico tour offered in Ensenada includes five stops around the city that showcase the cosmopolitan port's surprising food and wine scene, ranging from a street cart selling seafood tostadas heralded by Rick Bayless and Anthony Bourdain, to a meet-and-greet with the chef-owners of one of the city's premiere restaurants.

Other tours focus on a single stop. Dock in Dublin, Ireland, and you can opt for the Scones from Scratch tour during which you'll join acclaimed chef Catherine Fulvio (subject to availability) of Ballyknocken House & Cookery School for a hands-on immersion into scone-making, followed by freshly baked goodies served with jam and tea. In Tokyo, the Bon Appetit tour concentrates on the enormous Tsukiji Fish Market and showcases some of the unusual Asian delicacies used for sushi, sashimi and soups, such as beltfish, thornyhead, knifejaw and threadfin bream.

Food is the focus of the Bon Appetit tours and plenty of edibles will be passed your way. Have a light breakfast, because from snacks to gourmet plates, you'll be eating for much of the tour. And keep in mind that the foods showcased are not typically mainstream cruise fare -- your taste buds may be going on a bit of an adventure. If you have food allergies or types of cuisine you don't care for, check with the shore excursion desk to make sure you're booking a tour you'll enjoy.

Bring along cash and/or a credit card. There are often opportunities for picking up some of the local fare, from olive oil and wine to more unusual items. Feel free to purchase any wine or alcohol, but know it might need to be stored until disembarkation, rather than kept in your cabin.

In many cases, recipes will be provided to guests on the shore excursion.

Prices vary widely depending on the number of stops and transportation involved, along with the types of food offered. Most range $80 to $170, but a seven-hour Classic Copenhagen tour that includes a sit-down lunch is priced at $360.

Tours can be booked in advance through the cruise personalizer on the Princess Cruises website, or onboard following embarkation (but note that availability is limited).