You may also like
Dismiss
How to Choose the Right Size Galapagos Cruise Ship
Cruise Trends 2017: Cruise Critic's 10 Biggest Predictions
8 Reasons UnCruise Adventures Might Be Right for You
Celebrity Cruises History
5 Things to Know About Family Expedition Cruising
7 Reasons to Cruise Celebrity Flora in the Galapagos
How Much Does a Galapagos Cruise Cost? Your Guide to Cheap Galapagos Cruise Prices
Cruise Vision 2020: The Future of Cruising in Australia and New Zealand
23 Things Cruisers Love to Complain About
Weaving 'Herstory': Q&A With the History-Making International Women's Day Cruise's Female Officers on Celebrity Edge 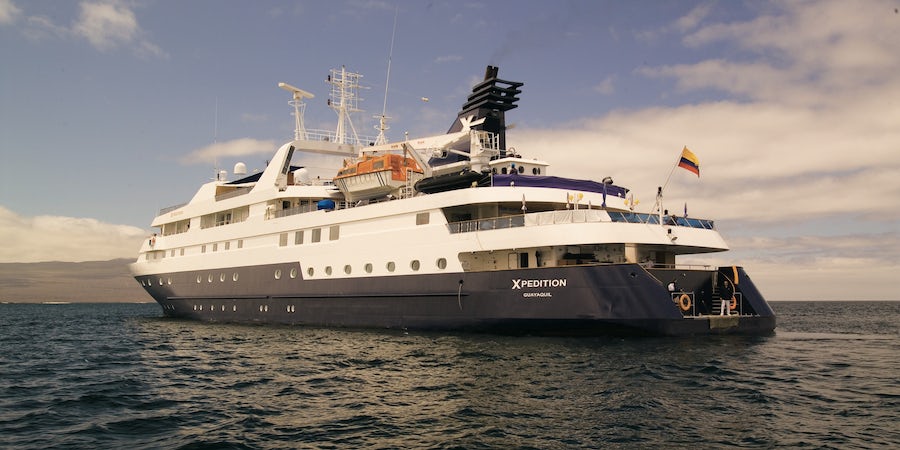 Celebrity Cruises is the only mainstream cruise line to operate expedition ships in the Galapagos Islands. To many cruisers, it's a familiar brand but the experience of cruising in the Galapagos on Celebrity's expedition fleet (branded by Celebrity as Xpedition) is quite different from in any other location that Celebrity sails, in terms of what you do, what you see and how it's organized.

So, let's say you're a big Celebrity fan and you want to see the unique flora, fauna and landscapes of the islands. What should you expect and should you choose Celebrity in the Galapagos? If you enjoy the Suite Class on the big ships and have the budget, you'll want to go with Flora, which has the closest experience you can get to a traditional Celebrity sailing. If you like the Celebrity ethos and service but don't mind an older ship, Celebrity Xpedition or Celebrity Xploration are your best bets.

But, before you make a decision, here are 12 differences between Celebrity in the Galapagos and the big ships in the fleet.