You may also like
Dismiss
Booking a Cruise Through a U.S. Travel Agent
What's Up Down Under?
Top Cruise Itineraries for Aussies and Kiwis
Shopping in Port on a Cruise: What to Expect
Cruiseaholics: Why Cruising Is Ruining the Australian Traveller
Ovation of the Seas: Designed for China
Husband Won't Cruise? His Top 9 Excuses and the Arguments You Can Use to Get Him Onboard
Cruise Costs: Is Celebrity Cruises Good Value for Money?
Countries That Require Visas for a Cruise
Cruise Passenger Demographics: Who Will Be on My Cruise? 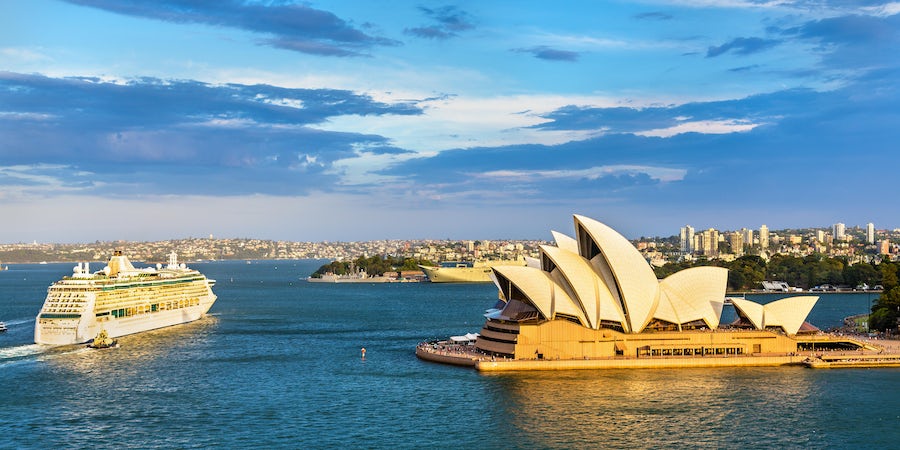 10 Stupid Questions You Should Never Ask on an Australia Cruise (Leonid Andronov/Shutterstock.com)

10 Stupid Questions You Should Never Ask on an Australia Cruise

Australian locals love a good yarn, and they're more than happy to tell it to you. But many of these tall tales are at the expense of tourists, who seem to ask some pretty wacky questions. To save you some embarrassment, here are the answers to some of our favourite questions.

Australia's summer cruise season is -- you guessed it -- hot. It can also be very humid, especially if you venture up north to tropical ports such as Cairns, Darwin and Thursday Island. But that's the route often sailed by international ships undertaking world cruises in January and February, our warmest, stickiest months of the year. Instead of complaining, look on the bright side: it's the perfect excuse to go swimming or drink beer. (Just make sure you don't swim where there might be deadly crocodiles or box jellyfish.)

2. Are there really crocodiles in the ocean?

Yes. Not down south in places like Sydney, but be careful on the northern coast (in the upper portion of Queensland, Western Australia and Northern Territory). Obey any warning signs on the beach, no matter how sweaty you feel or how safe it seems. On a Kimberley cruise, only swim where the guides let you -- usually under a waterfall, so it's worth the wait.

3. Does Australia have the internet?

Yes. We have Wi-Fi. (Not surprising, given Australian scientists played a key role in inventing it.)

4. Will we see kangaroos?

If you go to an Australian wildlife park, absolutely, and you may be allowed to feed and pat them. If your itinerary includes somewhere like Fraser Island, you could get lucky and spot one in the wild. However, it's unlikely you will see any kangaroos hopping along the street in downtown Sydney or Brisbane. (Koalas are also best viewed at a zoo as they won't be hanging out in trees in the city.)

5. Is Tasmania part of Australia?

Despite the fact Tasmania is separated from mainland Australia by the stretch of water known as Bass Strait, this beautiful island State is definitely part of Australia. Hint: don't ask a Tassie local this question. They've got more smart comebacks to it than you can poke a stick at.

6. Why do they keep changing the time?

Passengers on some Australian cruises have to keep putting the time forward and backwards so often, it's like the hands on their watches are dancing the cha-cha.  Not only do we have lots of animals in Australia that can kill you, we also have lots of different time zones. While the redback spiders probably won't kill you, the Captain constantly changing the time might just drive you crazy.

7. Can I use American dollars onshore?

The U.S. dollar is one of the most widely accepted currencies – you can buy things with it in the Bahamas, Bali and beyond – but you can't use greenbacks in Australia. Any attempts to hand over U.S. currency will likely be met with a bemused smile and helpful directions to the nearest ATM.

8. Will my cell phone work here?

This question is slightly less stupid than you might think. Phones work on certain frequencies and Australia uses different ones to other countries such as the States (because the U.S. frequencies upset the koalas. Nah, just kidding). Most American mobile phones won't work in Australia. However, if your phone is a 'GSM', 'tri-band' or 'quad-band' it might be okay. Check with your service provider before you leave home. If you can't use your own phone, you can always buy a cheap one with a local SIM in Australia.

I got this one during my first lecturing gig on a cruise to New Zealand. I thought I knew 'the land of the long white cloud' pretty well. However, it seemed I was going to crash and burn on the first question. Where on Earth was this 'Sacred Rock'?  Not in New Zealand, as it turned out. The lovely lady in the front row was actually talking about Uluru. I had to break it to her gently (and tactfully) that we wouldn't be seeing it as Uluru (formerly known as Ayers Rock) is more than 2,000 kilometres inland. Plus it's in Australia, not New Zealand.

10. Do all Australians speak English?

Yes. But our strong accent might leave you wondering sometimes.

Related: Can You Work From A Cruise Ship? Our Tips for Working Remotely at Sea