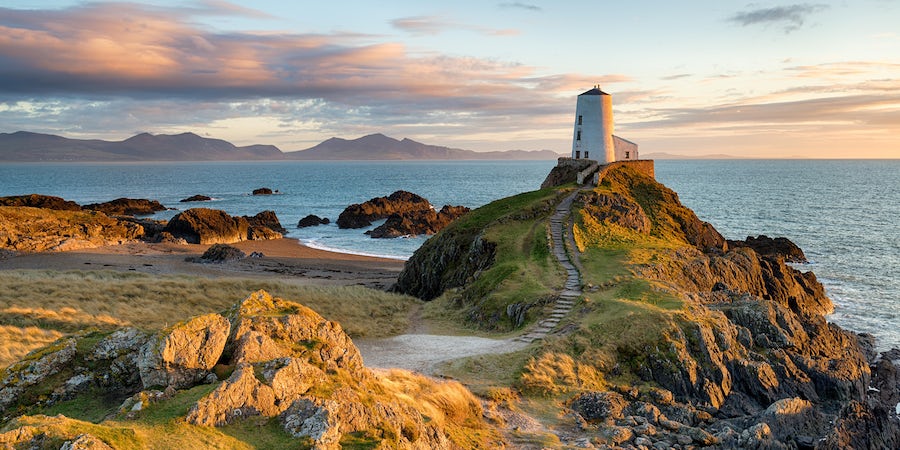 7 Reasons Why Brits Will Love a Round-Britain Cruise

For decades the Americans, Canadians, Australians and many other nationalities have flocked to the British Isles to take a cruise. And although they won't be able to cruise the British isles this summer 2021 -- we certainly can.

In fact, this summer we are spoilt for choice with at least 12 cruise lines now offering round-Britain itineraries, some with port stops (here's the current list).

Whilst most people consider the British Isles to consist of England, Wales, Scotland and Northern Ireland, it actually encompasses a much wider region -- Ireland is geographically speaking part of the British Isles too, as is the Isle of Man, the Channel Islands, the Orkney Islands, Hebrides and the Shetland Islands -- a whopping six thousand outlying islands in total!

And while you won't be able to see them all in a week, you will be able to get a good taste of the diversity of the British Isles -- from the French influences in the Channel Islands to the Celtic history of Ireland and Viking past of the Shetlands.

Here are our seven reasons why we feel Brits will enjoy a round-Britain cruise.

1. It's cheaper on your own doorstep

Itineraries around the British Isles are so varied there will always be interesting ports of call on each sailing and a cruise is an extremely economical way to see multiple destinations in one go. A typical British Isles cruise will take in Cork (Ireland), Belfast (Northern Ireland), Glasgow and Edinburgh (Scotland). An equivalent DIY trip would involve lengthy car journeys, a ferry and flights.

History is a major draw for any British Isles cruise. Here are a few highlights:

Edinburgh: The capital of Scotland is one of the world's most beautifully situated, with stunning sites including Edinburgh Castle (where you'll find the Crown Jewels of Scotland), the Royal Yacht Britannia; the Royal Mile and several major art galleries.

Dublin: Dublin Castle, built by King John in 1204, Christ Church Cathedral and the National Gallery of Ireland and Dublin's Trinity College home to the "Book of Kells", the oldest manuscript in the world, but also stunning in its own right. For literary fans there's even a James Joyce Centre celebrating the life of the "Ulysses" author who came from Dublin.

Belfast: The Northern Ireland capital boasts its own castle and cathedral as well as the new and wonderful Titanic Experience -- an exhibition charting the tale of the ill-fated ship built in Belfast's Harland & Wolff shipyard.

Liverpool: Home to the largest collection of museums and galleries outside London, Liverpool is equally famous for its iconic pop music culture -- and one of the few confirmed port stops for many of the largr cruise lines.

Scenery throughout the British Isles is varied and dramatic, with miles upon miles of spectacular, unspoilt coastline. Want to find a remote, foot-print free white-sand beach? Check out the Isles of Scilly. Want to find rugged mountains, fields of heather or a loch? The Scottish Highlands is the place to be. Want to explore an uninhabited island? There are plenty of them in the Orkneys and Shetlands.

And just outside Belfast, you will find the 63 million year old Giant's Causeway, a formation of 40,000 hexagonal basalt columns which emerge from the sea like a gargantuan geometric sculpture. Legend has it that it was built by an Irish giant, Finn McCool, to create a pathway between Ireland and Scotland. The great thing about this UNESCO World Heritage Site is that you can clamber amongst the columns, watching the sea crash around you.

4. You get to star in the scenery

With such an abundance of stunning scenery, it's no surprise that many destinations on a British Isles cruise have been used as filming locations. Remote white-sand beaches, clifftops and country roads in Northern Ireland all serve as the backdrop for magical scenes in HBO's hit series "Game of Thrones". Nearby, Dunluce Castle featured in U2 and Van Morrison's music videos; the "Outlander" saga is filmed in the Scottish Highlands; "Downton Abbey" was filmed 90 minutes from London at Highclere Castle.

5. You still get to go abroad

If you don't feel you've had a 'proper' holiday unless you've gone abroad, then fear not. Whilst the cruise itinerary might be called British Isles, a few voyages will include scenic sailing as far as the Norwegian fjords. And although The Orkneys, Shetlands and Hebrides are officially in the U.K., these wild, unspoilt outcrops are so remote that they feel foreign and are all included on several Fred. Olsen, Saga and Hebridean Island voyages.

6. A ship for every taste

With so many cruise lines sailing on British Isles itineraries you can pick a ship which best suits your needs. For families the bigger lines such as MSC Cruises, Royal Caribbean, Disney and Marella all have kids' clubs and child-friendly amenities, with Princess offering the biggest selection of voyages during the school holidays.

Couples might like to try the sophisticated eegance of Celebrity Cruises or the first revenue sailings of Virgin Voyages. Cunard, P&O Cruises and Princess are mandating that all passengers (including u18s) be vaccinated, so you won't find any kids onboard their ships this summer, but you will find excellent food, entertainment and a very British atmosphere.

For the over-50s, both Fred. Olsen and Saga are offering some very interesting itineraries, as well as the chance to get on on of their new ships.

If you're still struggling to choose which one, check out our comprehensive list.

Related: How to Book a Suite for Less

7. A real taste of the place

Nothing tastes as good as when it's eaten in the country it hails from. Ask any Irish person and they'll insist the best Guinness in the world can only be found in Ireland, and most Irish refuse to even drink it outside their own country because they claim it doesn't taste as good. You can make up your own mind at the Guinness Factory in Dublin (a free pint is included as part of a guided tour) or in one of the city's many vibrant pubs.

Whisky distilleries across Scotland offer a similar experience for fans of a wee dram (nearly every cruise line offers a distillery excursion) and if you prefer food to a tipple then you can always try the local delicacy of haggis (sheep or calf's offal mixed with suet and oatmeal encased in the lining of a sheep's stomach. It tastes better than it sounds). Alternatively you could kick-start the day with a bowl of Scottish porridge or some Irish soda bread. And don't forget to try some fish and chips. Nowhere does it better or fresher than the ports around the British Isles.