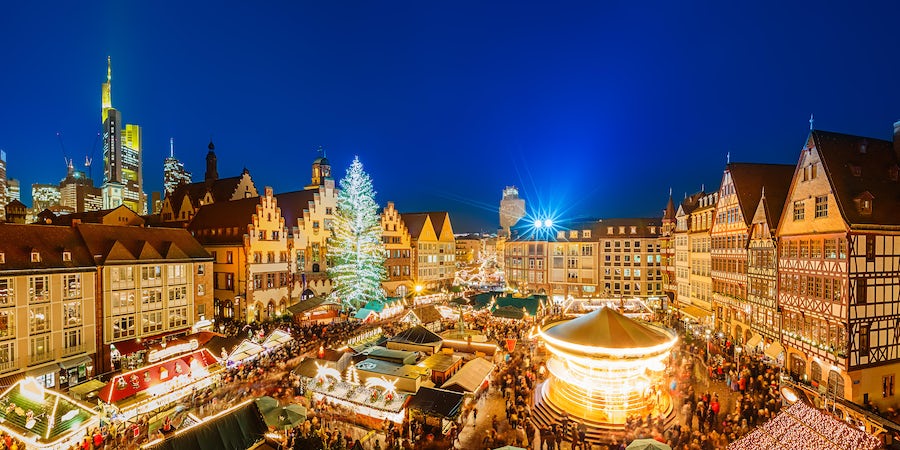 Scoring a Deal on a Holiday Cruise

If you have ever dared a peek at holiday cruise fares, you know that the prices can be considerably higher than similar cruises during non-holiday time frames. That doesn't mean that there aren't any cheap holiday cruises -- but it does mean you may have to work at finding deals on Christmas, New Year's Eve and Thanksgiving cruises. We did some of the legwork for you and found the best ways to score holiday cruise deals.

The most affordable holiday cruises tend to be on the older ships of the largest cruise lines. Carnival, Royal Caribbean, Princess, MSC, Norwegian and even Holland America all have holiday deals, but not on their newest ships. Steer clear of the latest and largest for the best prices.

Luxury cruise lines often have bargains during the week of Thanksgiving, when few families sail. The same usually isn't true for Christmas, Hanukkah and New Year's, however.

If cruising the rivers of Europe is on your holiday wish list, look first at Viking, AmaWaterways and Avalon for the lowest fares.

The winter season sees an expansion in the number of ships sailing the Caribbean as ships reposition from Europe and Alaska. Those extra ships, not to mention the promise of a sunny holiday, make the Bahamas and Caribbean the top choices for most holiday cruisers.

Even though it might add to your airfare budget, sailing the Caribbean from secondary ports like Galveston, New Orleans, Tampa and San Juan can often save hundreds per person on the cruise fare -- in part because these ports are the home base for those slightly older ships. Even cruises from Fort Lauderdale may be lower priced than cruises from Miami.

And don't rule out Europe. November and December are the off season in the Mediterranean, but a handful of ships continue to sail year-round, often with holiday cruise bargains.

Sailings that include New Year's Eve are the priciest, followed by those that include Christmas Day. Thanksgiving cruises are slightly cheaper, but the best holiday cruise bargains fall between Thanksgiving and the week before Christmas. These are also the best dates for cruisers looking to celebrate without quite so many children onboard. The ships will be decorated and the holiday spirit in full swing, but with considerably lower prices.

European river cruises visiting the Christmas markets also see a slight dip in prices for sailings during the first week of December.

Top Tips for Getting a Great Holiday Cruise Deal

Book early. Prices for sailings that include Thanksgiving, Christmas and New Year's rise steadily throughout the year, so book as early as possible. If you plan to take advantage of early December sailing dates, late summer and early fall sees prices about as low as they will go.

Book your holiday cruise during your summer cruise. Perks, onboard credits and possibly lower prices are all part of the deal when you take time to sit down with a cruise consultant onboard your cruise. Study the prices before you leave home, so you have a clear idea of whether the onboard offer is a bargain or not.

Go short or go long. Seven-night cruises tend to be the most popular holiday cruises. For the best bargains, consider sailings of three to six nights that don't include the actual holiday, or 10- to 15-night cruises where the cost per night is often considerably lower than for comparable staterooms on seven-night cruises.

Use a travel agent. If there are deals to be found on holiday cruises, a good travel agent will be able to sniff them out for you. Plus, a professional can relieve you of the stress of booking multiple rooms and flights to accommodate family members who may be traveling with you.

Stick with the brand that loves you. Holiday cruises are the worst time to try a new cruise line if you have loyalty status with one line already. That status could grant you simplified boarding, cabin upgrades and onboard perks that sweeten the deal. Plus, you'll accrue points toward higher status and increased benefits.