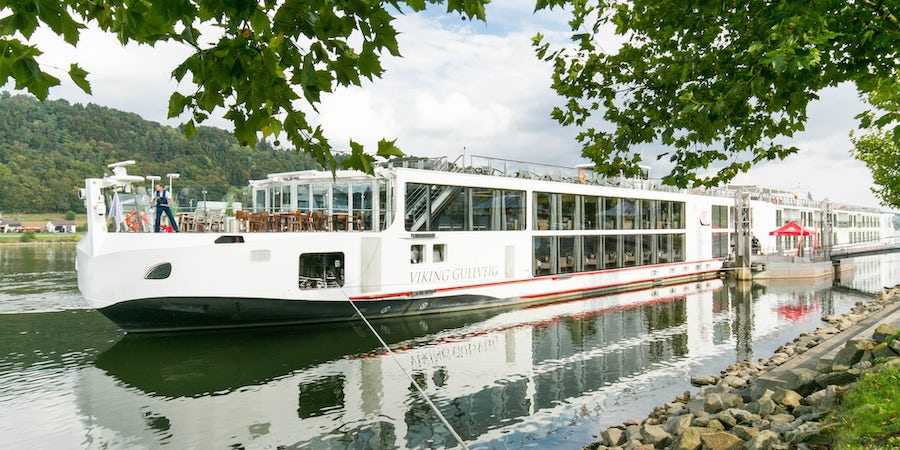 How to Find River Cruise Deals

A river cruise is not a cheap vacation, but it is possible to find deals, particularly if you are flexible about when and where you go. Many of the deals on river cruises come not so much from the fares -- which are usually in the thousands of dollars instead of hundreds -- but in the value that you receive, such as two-for-one airfare, cabin category upgrades and single supplement waivers. Also, we'd be remiss if we didn't note that river cruises usually include shore excursions, Wi-Fi or wine and beer at lunch at dinner -- perks that are generally not found on an ocean cruise.

Here are some ways that you can look for discounts on your river cruise.

A rule of thumb with river cruises: Generally, the cheaper the price, the less that will be included in your fare. European cruise lines, many of which are new to marketing to North America, offer a more a la carte experience; the good news with these lines is that you're only paying what you want to pay and not subsidizing inclusions like alcohol (particularly good if you're not partaking). Consider A-Rosa and Riviera. CroisiEurope is another European line that has lower fares, particularly on its older ships.

American tour operator Gate 1 Travel only offers one excursion per day and drinks only at dinner, which lower its river cruise costs. Two other river cruise lines that usually have a price point of under $350 a night include Vantage Deluxe World Travel, Grand Circle Cruise Line and Emerald Waterways (for more information, check out our Best Budget River Cruise Lines).

The best-priced river cruise itineraries can vary greatly from year to year, depending on world events and customer demand. Until recently, river cruises in France were priced very attractively, as some travelers still felt leery about traveling in the country. You can still find good prices for Bordeaux trips, although costs for Seine cruises have gone up, due to increased demand surrounding the 75th anniversary of D-Day in 2019.

Likewise, prices on river cruises that travel waterways in Russia can fluctuate, with some very good deals offered when public sentiment toward the country is less than favorable. While Crystal River Cruises will never be considered cheap, often the line will break up its 14-day sailings into two weeklong segments, which can make the luxury cruises more affordable. The most popular itineraries, the Rhine and Danube rivers, generally have the best prices overall, depending on when you go (see below).

The best way to really feel like you're getting a bargain on your river cruise is to go in the offseason. You'll find the best prices in March and April, as well as October and November. (In December, prices go up for the popular holiday market cruises.) This is particularly true on the "first timer" river cruises on the Rhine and the Danube

The downside of shoulder-season sailings is that you won't get Europe's best weather. On the other hand, you'll avoid the crowds and the heat, and you'll be less likely to have to "raft" next to other riverboats.

Top Tips for Getting a Great River Cruise Deal

Book early. The best time to book a river cruise is usually a year in advance if you want to sail in the peak summer months. That's when you'll find the sweet spot between price and availability. If you're going in the offseason, you'll see the best prices about nine months before you go.

Remember airfare. Airfare is not usually covered in river cruise fares. Even if you do find a last-minute river cruise deal, keep in mind you'll need to get a plane ticket to go with it. These can be spendy if you're booking within a few months (particularly since many river cruises begin and end in different cities).

Go with a group. Some lower-priced river cruise lines, such as Grand Circle and Vantage Deluxe Travel, offer discounts for groups of eight to 10 people.

Or by yourself. Rather than lowering the overall fare on a cruise that's not selling well, river cruise lines will often drop the single supplement on some itineraries to fill cabins. Some river cruise ships do have solo cabins, which typically have a reduced price tag; these do sell out quickly, however.

Find a travel agent. You can book directly with some river cruise lines (and two that have lower fares, Grand Circle and Vantage, do most of their booking that way). But a good travel agent might be able to get you a cabin category upgrade, or get you onboard credit that you can use for optional excursions or a beverage package.

Related: How to Book a Suite for Less