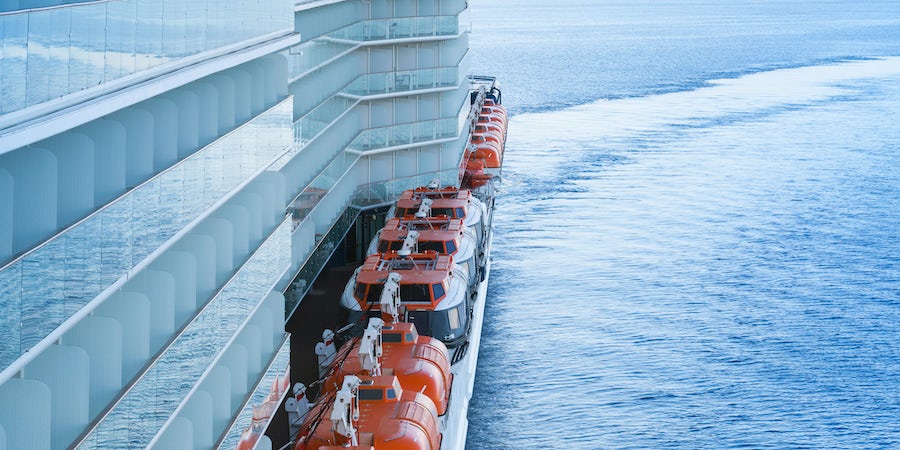 Jones Act and PVSA: What's the Difference, and How Do They Affect My Cruise?

You are far more likely to have heard of the Jones Act than the Passenger Vessel Services Act, but only one of them applies to passengers on a cruise ship and -- surprise! -- it is not the Jones Act. Confused? Don't worry; even the cruise lines and their employees sometimes mistakenly refer to the Jones Act when explaining the complicated rules that apply to passengers on cruise ships that call at more than one U.S. port. We've done a little (OK, a lot) of digging to help clear the confusion.

What Is the Jones Act?

The Jones Act (officially 46 U.S. Code Section 55102) was enacted in 1920 as part of the Merchant Marine Act with the intent of building and maintaining a secure merchant marine fleet, potentially for national defense. Specifically, the law prohibits the transport of goods between two U.S. ports by ships that are not owned, built and flagged in the U.S.

It is a law that today stirs considerable controversy. Critics believe it is an outdated law with far-reaching effects on the U.S. economy because it restricts competition in both ship building and transportation, perhaps inflating the cost of new U.S. ships as well as that of goods that must be delivered by alternate means when they move between U.S. ports. Supporters believe maritime job protection and homeland security issues in and around U.S. ports are important enough to keep the law intact.

Fines for violations are assessed on a case-by-case basis by the U.S. Customs and Border Patrol (CBP) and can be steep.

The Jones Act has been modified several times over the course of its history and waived temporarily due to emergencies affecting the U.S. mainland, including for relief from hurricanes Katrina, Sandy, Rita, Harvey and Irma. It was also waived temporarily for Puerto Rico following Hurricane Maria.

Related: Hurricane Maria: A Look Back at the Storm

The important thing to note is that it has no direct bearing on cruise ship passengers.

What Is the Passenger Vessel Services Act (PVSA)?

This is the section of the U.S. Code (46 U.S. Code Section 55103) that covers cruise ship passengers in the context of transporting them between two U.S. ports. In fact, it covers any such passenger onboard vessels larger than 5 tons, including ferries. It was enacted in 1886, which may have been long before cruise ships, but was in line with global historical precedents of restricting trade along a country's coasts for economic and defense purposes. The term "cabotage" (rhymes with "sabotage") is used to describe such restrictions between two points in a country or region, pertaining to both people and goods, whether transported by sea or air.

With very few exceptions, passengers traveling between U.S. ports must do so on ships that were built in the U.S., are owned by U.S. companies (thus subject to U.S. immigration and employment laws) and that adhere to the strict U.S. Coast Guard regulations to be registered (flagged) in the United States.

Foreign ships can transport passengers in U.S. waters, but they walk a fine line within the exceptions and interpretations of the PVSA. A fine is imposed per passenger on foreign ships that violate the act. The fine is currently set at $762 per person.

Related: Hidden in the Fine Print: 16 Things You Need to Know About Your Cruise Contract

As with the Jones Act, there have been modifications and re-interpretations of the intent of the PVSA. These modifications are at the heart of the cruise industry's ability to include more than one U.S. port of call in itineraries.

How Does the PVSA Affect Cruise Itineraries and Ships?

The two largest cruise companies operating in the U.S. (Royal Caribbean and Carnival) operate only foreign-flagged ships. All but one of Norwegian Cruise Line's ships are foreign-flagged, and though Disney is a U.S. company, ships operated under the company's umbrella are foreign-built and registered in the Bahamas. This means that the bulk of cruise ships operating in U.S. ports are affected by the law and must carefully craft their itineraries to fit the restrictions it imposes.

Because the intent of the law was to prohibit foreign ships from transporting passengers directly from one U.S. port to another, round trip cruises that begin and end at the same port are not moving passengers between U.S. ports. The law does not apply if all the stops are at foreign ports.

The second exception to the law allows a ship to pick passengers up in one U.S. port, but drop them off in a different U.S. port, but only after visiting a distant foreign port, defined as being outside of North America, Central America, Bermuda and the West Indies, including the Bahamas, but excluding the former Netherlands Antilles islands of Aruba, Bonaire and Curacao (ABC Islands). That means that a Panama Canal cruise from Fort Lauderdale to Los Angeles must stop in a South American port -- often Cartagena, to avoid a violation.

The requirement to include a distant port (beyond North America) is the reason that one-way Alaska cruises between Seattle and any Alaskan port are not legal for the foreign-flagged ships of the mainstream cruise lines. It is OK for those cruises to begin or end in a Canadian port because there is no restriction on transporting passengers between a foreign port and a U.S. port.

Are There Cruise Ships Not Affected by the PVSA?

American-built and American-operated ships are not affected by the PVSA, and they do exist, though there aren't many. In 2004, Norwegian was granted an exemption for three ships (none of which were entirely built in the U.S.) to operate solely within the waters of the Hawaiian Islands without the need to call at a foreign port. One of those ships, Pride of America, still operates round trips within Hawaii, with more American crew members than you'll find on other Norwegian cruise ships.

The PVSA encompasses all navigable waters of the U.S., including rivers and the Great Lakes. Several river cruise lines transport passengers between U.S. ports on American-built ships that comply with the restrictions, and therefore are within the law. Smaller boutique cruise operators like UnCruise are eligible to transport passengers between ports on mainland rivers, as well as in Alaska and Hawaii, because they meet all the PVSA criteria.

As recently as 2015, Viking River Cruises announced plans to cruise the Mississippi River from New Orleans. Those plans have yet to come to fruition, possibly due to the tight restrictions of the PVSA, which would force Viking to not only build its American fleet in the U.S., but abide by all other U.S. regulations, including labor and tax laws, making costs prohibitive.

What Happens If a Ship or Passenger Violates the PVSA?

No matter how carefully the cruise lines plan their itineraries around the law, any number of things can go wrong -- involving either individual passengers or the entire ship -- that can trigger a violation. It is important to remember that violations are per passenger, based on the route of the passengers, not the ship. It's equally important to know that it is the cruise line that is fined, not the passenger. Here are a few examples:

Example 1: Passenger X is booked on a Caribbean cruise beginning and ending in Miami, with Key West as the first port of call. If X misses the ship in Miami, one would think he could catch up to the ship in Key West and board, but that would mean X is no longer on a round-trip cruise beginning and ending in Miami (even though the ship is). Unless the cruise also stops at one of the ABC Islands or a South American port, the cruise line will be fined $762 by CBP for a violation.

In this case, the cruise line may opt to deny boarding in Key West, advising the passenger instead to catch up to the ship in the first Caribbean port, which is perfectly legal because the PVSA only applies to transport of passengers between two U.S. ports. In most cases, cruise lines will not knowingly allow passengers to violate the law, thus the reason for the denied boarding in Key West.

Example 2: Passenger Y and a companion are booked on a fall foliage cruise beginning and ending in New Jersey, with stops in Boston, Portland and Bar Harbor, followed by three stops in Canada before returning to New Jersey. On an excursion in Bar Harbor, Y falls and breaks an ankle, requiring surgery and cannot return to the ship; the companion opts to also not return. The cruise line will incur a fine of $1,524 for the two passengers because they never went to the foreign port -- they were simply transported between two U.S. ports -- Cape Liberty and Bar Harbor. It is up to the cruise line whether the charges will be passed along to the passengers via their onboard accounts.

In many cases, the cruise line can apply for and often receive a waiver from CBP for medical emergencies that require disembarkation, so it is advisable to notify the ship of an emergency in port that prevents you from returning. Be prepared to provide documentation that it is a true emergency. It may mean the difference between the fine being passed along or not.

Example 3: Cruise Line A has a round trip itinerary scheduled to and from Los Angeles, with stops in Catalina, San Diego and Ensenada, Mexico. Weather prevents the ship from docking at Ensenada or at any Mexican port, forcing it to proceed to San Diego. The cruise line will initially be fined $762 per passenger onboard but may negotiate a lower fine with the CBP or have it waived entirely if it can document that it made every effort to make a port call in Mexico. Passengers will not be charged.

How Does the PVSA Apply to Back-to-Back Cruises?

Closed-circuit round trip itineraries done back-to-back will not trigger a violation even when the two itineraries vary. Point-to-point back-to-back trips are another issue, however. If two or more trips, when combined into one trip, transport a passenger between two U.S. ports without stopping at a distant foreign port, then the passenger triggers a violation -- even though the ship's itineraries are within the law because the two trips are separate and distinct. Here's an example:

Passenger Z books two cruises that are back-to-back on the same ship. The first is a repositioning from San Diego to Vancouver. The second is a one-way Alaskan cruise from Vancouver to Anchorage. That passenger is essentially being transported from San Diego to Anchorage by way of Vancouver, which is not a distant foreign port since it is in North America. A violation would be triggered. Again, the cruise line is not likely to allow you to knowingly create a violation and would not allow the booking in the first place. If the booking slips through, Passenger Z would likely be denied re-boarding in Vancouver.

Passenger Z's remedies are to book the Alaskan portion of the trip on a different ship or by including a third segment that ends at a foreign port as the final destination. Simply booking the return from Anchorage to Vancouver works because now Z's trip began in San Diego and ended in Vancouver, even though that port was on the itinerary twice.