You may also like
Dismiss
Like a Local: Baltimore
Meuse River Cruise Tips
Which River Should You Cruise? Pick By Interest
Coastal Cruise Tips
What Is an Alaska Inside Passage Cruise?
What To Do When Bad Weather Ruins Your Cruise
Rhine River Cruise Map
Best Shore Excursions in 30 South Pacific Ports
Cruise Critic's Ultimate Danube River Cruise Guide
10 Reasons to Stay in Seattle Before Your Alaska Cruise 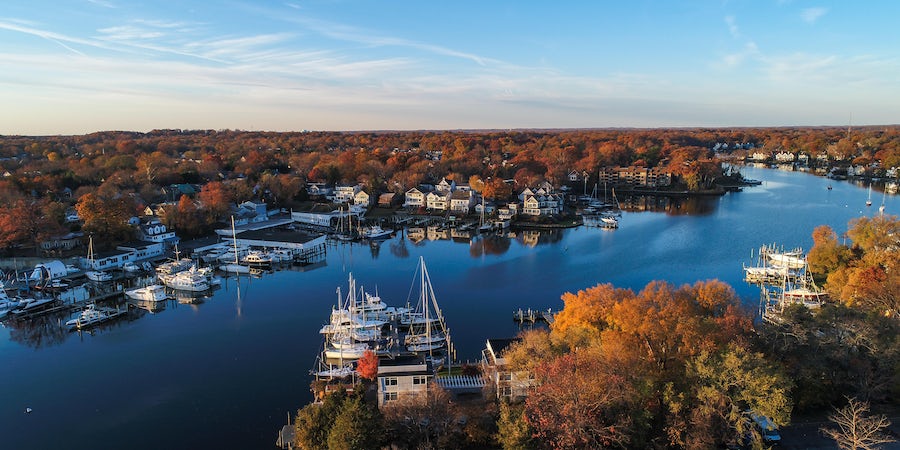 Answer: The Chesapeake Bay, with almost 12,000 miles of shoreline. Fed by five major rivers, it flows 189 miles from its headwaters in Maryland to its mouth in Virginia. Needless to say, the bay offers a wealth of cruise possibilities.

But until recently, unless you arranged a private sailing, there were few options for overnight exploration of these waters. Now, a couple of cruise companies, American Cruise Lines and Blount Small Ship Adventures, are offering bay itineraries that dive into the region's rich culture and history.

Back in the day, multi-night pleasure cruises on the Chesapeake were all the rage. As early as 1840, the Baltimore Steam Packet Co., aka the Old Bay Line, ran steamship service between Baltimore and Norfolk. It was renowned for its fine dining and gracious accommodations, complete with a Gentleman's Smoking Lounge. Witness this rhapsodic account by an 1853 passenger:

"I know of no more delightful trip from Baltimore down the Chesapeake … upon the broad blue waters with an exquisite breeze, which came up with invigorating freshness from the silver waves."

Road and air travel eclipsed the Old Bay Line and it went out of business in 1962. But present-day cruisers can once again experience the region via small-ship cruising. Cruises normally embark in Baltimore with several options: round-trip, debarking in Philadelphia, or sailing down the Eastern Seaboard to a city in the South such as Jacksonville, Savannah or Charleston.

Spring and fall are both sweet spots on the bay. Avoid summertime, which tends to be hot and muggy. Spring brings glorious blooms and fall foliage is dazzling. Ideal timing is late April to May and September to mid-October.

American Cruise Lines' newest ship, American Constitution, debuted in May 2018 with three 10-night sailings on the Chesapeake. It returns to the bay in fall 2018 for one cruise each in October, November and December, and will also offer the sailing in 2019.

American Cruise Lines also offers a 15-day East Coast Inland Passage itinerary that sails through the bay on several of its older coastal ships, including American Star and Independence, through 2020. The cruises run between Jacksonville and Baltimore.

There are several types of Chesapeake Bay itineraries.

Round-trip Baltimore: These cruises will circumnavigate the bay, hitting a wide array of small towns and historic sites. These cruises are best for those who want to dive into the region and would rather embark and debark from the same port.

Baltimore to Philadelphia: These itineraries hit most of the same towns as the round-trip Baltimore itinerary, with the option of adding time in Philadelphia. While these cruises might not seem as convenient, trains run regularly between Baltimore and Philadelphia, making travel between these cities easier than most.

Eastern Seaboard Itineraries: These sailings aren't as bay focused as the other two, usually skipping the smaller fishing villages for larger cities and better-known historic sites such as Norfolk, Annapolis and Yorktown. These cruises are also usually longer than the other two, and also take in major Southern ports such as Charleston or Savannah.

Norfolk: Home to the Naval Station Norfolk, the world's largest naval base, the city is in many ways a company town. But there's plenty for casual visitors to see, including Nauticus, a sprawling maritime museum that incorporates the World War II battleship USS Wisconsin. Don't miss the excellent Chrysler Museum of Art. The city also has a zoo and a botanical garden.

Yorktown: The city constitutes one leg of Virginia's Historic Triangle, which also includes the Jamestown Settlement and Colonial Williamsburg, the latter of which is usually offered as the port's main excursion. In Yorktown, a must-see is the new American Revolution Museum. Yorktown Battlefield, site of the last major battle of the Revolutionary War, is a National Park Service site with interpretive programs. Riverwalk Landing on the York River, where ships dock, is a pleasant place to stroll.

Washington, D.C., and Alexandria, Virginia: In Washington, ships dock at the city's new District Wharf development, which sports locally-owned shops and eateries, plus entertainment venues. It's a 1-mile walk to the major monuments on the National Mall, or take the free shuttle. Alternate docking is across the Potomac River in Alexandria. The city's historic Old Town, with its brick walkways and tidy historic homes, is a pleasant place to shop and stroll. Water taxis will deliver you to the other side of the river.

Mount Vernon: George Washington's estate 17 miles south of Washington sits on a hill overlooking the Potomac River. Tours include the home's interior, plus the slave quarters, distillery and gardens. Costumed interpreters interact with visitors at certain times of the day.

Cambridge, Maryland: A landmark six-sided lighthouse on the Choptank River at the end of the pier in Long Wharf Park is open for self-guided tours. The historic town (founded in 1684) has a nice selection of galleries and shops to browse. The new Harriet Tubman Underground Railroad Visitor Center, 10 miles south of town, is worth the trip.

St. Michaels, Maryland: One of the bay's most manicured towns, it features rows of quaint shops and B&Bs lining its streets. The Chesapeake Bay Maritime Museum, occupying a collection of waterfront buildings, will provide you with all you need to know about the Chesapeake.

Oxford, Maryland: You can walk from one end of this tiny town (population 600) in minutes. Its claim to fame: The Oxford Bellevue Ferry, believed to be the nation's oldest (since 1683!) privately owned ferry, crosses the Tred Avon River between Oxford and Bellevue.

Crisfield, Maryland: If you love crab, you've come to right place. The town claims fame as the Crab Capital of the World. Situated on the Atlantic Flyway, the area is big among birders, too.

Annapolis: Maryland's capital city's walkable historic district is chockablock with well-maintained brick homes from the 18th century. Talk a seat on the lively waterfront or check out the U.S. Naval Academy on a guided tour.

Chestertown: This cute-as-the-dickens town is second only to Annapolis in its number of 18th-century homes. It has an interesting commercial district with one-of-a-kind galleries and shops. It's fun to stroll its tree-lined residential streets and admire the well-maintained homes and gardens.

Do advance research on port stops. Because the bay is relatively compact, port stops are lengthy, giving you time to explore on your own. Doing a little homework before you sail will enhance your time ashore.

When packing, think layers. Weather on the bay can be variable -- especially in spring and fall.

Leave the formalwear at home. These ships are small and the atmosphere is casual.

Be open to making new friends. Small ships like those that ply the Chesapeake foster togetherness. Circulate. Ask questions. Be social.