You may also like
Dismiss
6 Ways to Enjoy Half Moon Cay, Carnival's Private Island
Hasbro, the Game Show on Carnival Cruise Line
Baseball Cruises: How to Enjoy MLB at Sea
SkyBox Sports Bar on Carnival Cruise Line
Playmakers Sports Bar on Royal Caribbean Cruises
Sky Pad Virtual Reality Trampoline on Royal Caribbean Cruises
Galaxy Pavilion on Norwegian Cruise Line
8 Things to Love About Explorer Dream
5 Free Things to Do on Explorer Dream
10 Changes to the Cruise Industry That Made Things Better Than Before 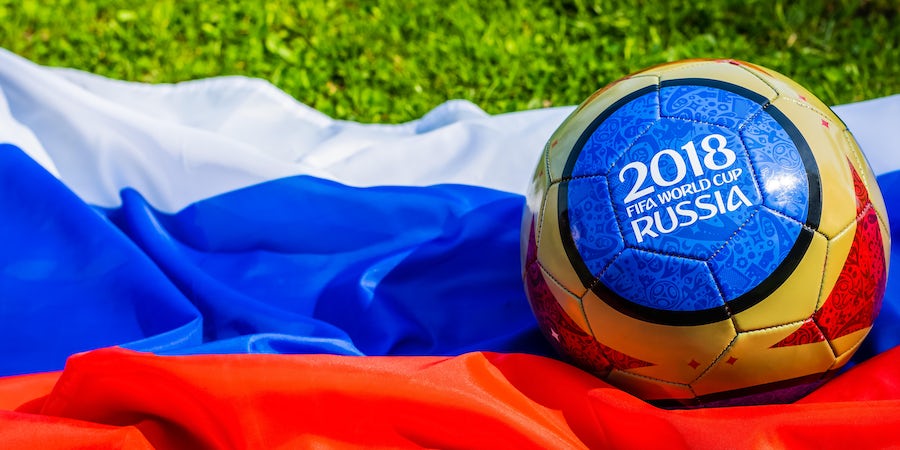 Will your cruise be broadcasting the 2018 World Cup? (Photo: S.Kat / Shutterstock)

Can You Watch the World Cup on Your Cruise?

The World Cup kicks off on June 14, 2018, but will you miss out on an important game if you're cruising during the month-long tournament? The answer is no -- if you're sailing on a cruise line that will be showing the games onboard.

Thirty-two teams are participating in this year's World Cup -- not including the U.S., which did not qualify this year. The 2018 tournament takes places in various venues across Russia, a country with 11 time zones. Consult your cruise planner to find out what time games will be on and whether they'll be broadcast live.

The following cruise lines will be showing World Cup matches on various ships. (Of the lines who responded, only Fred. Olsen Cruise Lines said it would not show the World Cup games on its ships.)

Passengers can view all the major football games onboard via the line's broadcasting partners Sport 24 as well as seeing selected games screened in the casino and on the Rooftop Terrace. In addition, the line is getting into the spirit of things with various football-related activities onboard including a football shoot out, Xbox penalty shoot out in Quasar night club and footie-themed quizzes.

CMV are going all out, decorating the pubs with England colours onboard Magellan. The games will be shown in The Pub on Magellan, The Dome on Columbus and Scott's on Marco Polo.

World Cup matches will be available for viewing in passenger cabins, with a variety of games, including all England matches, shown in main venues.

All of the World Cup games will be broadcast at venues throughout each ship or on the Funnel Vision, a massive poolside LED screen. For kids, there will be football-related arts and crafts and Xbox games. For adults, there will be football trivia and football-themed drink specials. Additionally, some of the Disney characters will be donning football attire for World Cup-related photo opportunities.

HAL has bought special rights to show the matches on Rotterdam and Koningsdam as they attract a large number of international passengers. On other ships, it will be in-cabin via ESPN -- if the local channel has the rights to broadcast. Check on the ship.

Related: Marella Cruises vs P&O Cruises: Which Cruise Line Would Suit You? MSC Cruises will be screening all the World Cup games across its entire Europe-based fleet. In addition, the line will host tournament-themed events, such as a welcome pool party to celebrate the beginning of the World Cup; a table football tournament, with prizes; regular World Cup quizzes; and create-your-own team T-shirt events.-----

P&O Cruises will be showing all the games across the fleet.

U.K.-based (for the summer) Independence of the Seas will show all the World Cup matches in its Playmakers Sports Bar & Lounge. Selected games will also play in the Ale & Anchor pub and the Casino Royale and they will be showing all daytime games on the outdoor screen. Navigator of the Seas will air the games in Vintages and the Cosmo Club and use the big screen for all England matches.

Saga will be showing the games on its ships, Saga Sapphire and Saga Pearl II.