You may also like
Dismiss
Cruise Ship Dry Dock Archives
Best Ships for a Craft Beer Cruise
Top 10 Cruise and Rail Trips
Just Back From: Azamara Quest in Australia
Room Service Onboard a Cruise Ship: What to Expect
Zika: What Cruisers Need to Know
5 Best Golden Princess Cruise Tips
Why Grand Celebration is the Ship for You
Tips for Hiring a Private Tour Guide in a Cruise Port 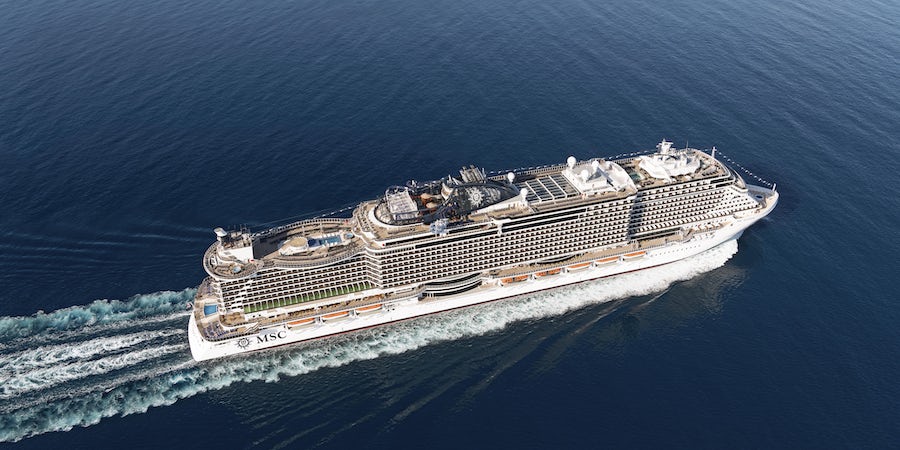 MSC Seaside (Photo: MSC Cruises)
Ashley Kosciolek
Contributor
MSC Cruises' Seaside Class launched in late 2017 with the debut of MSC Seaside, a ship whose onboard experience is aimed squarely at the North American market. As part of the cruise line's ambitious plan to launch a dozen vessels over a nine-year period, MSC Seaview, sister ship to Seaside, rolled out less than a year later as the second in its class and offers many of the same features, including an outdoor boardwalk-type space, where waterfront dining and sweeping views of the ocean are highlights. It is aimed at the South American market and will homeport in Brazil.

Below, we break down the similarities and differences (of which there are only a few) to help you better decide which of these two near-twins is right for your next sailing.

These mega-ships each have 20 decks, 2,066 cabins and share almost identical layouts with room for 4,132 passengers at double occupancy. Both vessels are registered in Panama.

Here's what you can expect in terms of dining on these two ships.

One major difference between the two vessels is that, while both have specialty seafood restaurant Ocean Cay, only Seaview's outpost boasts a menu created by renowned chef Ramon Freixa. Although the Michelin-starred chef has been tapped to create dishes for the main dining rooms and MSC Yacht Club on other ships in the fleet, he will have a dedicated restaurant on Seaview featuring a number of dishes including his personal favourite -- signature roast sea bass with rosemary salt.

Another difference is that Seaside's for-fee French eatery, Bistrot La Boheme, is dubbed L'Atelier Bistrot onboard Seaview. Although the names differ, the experience is similar, if not identical.

Passengers craving a cold one, a glass of wine or a cocktail won't have to venture far, no matter where they are on either of these ships. Here's a list of the onboard bars on both ships

In an effort to make Seaview a bit less North American than its sister, some of the pools and bars will have different names: In addition to standard cabin types like inside, outside, balcony and suite, both ships in the Seaside Class have added some twists.

Cruisers wanting to stay busy can check out a Formula One simulator, dual-lane bowling alley, 4D cinema and an arcade on both ships.

In addition, both vessels showcase the line's newfound commitment to technology with their stunning atrium areas and the MSCForMe app and wristband system, which functions like a room key and onboard charge card and even allows you to track your children and make reservations for shows and dinner.

What's different, though, are the ships' theater productions. Each vessel offers seven shows on a rotational basis; here's what you can expect.

The ships feature five waterslides each, including two racing slides and one that offers slideboarding (where passengers use their boards to select colors that light up inside the slide as they glide through it, sort of like Guitar Hero or Dance Dance Revolution). There's also a climbing structure for kids, similar to a ropes course; an outdoor movie screen; two of the four longest ziplines at sea (two on each ship); and the Bridge of Sighs, a viewing platform that looks out over the aft of the ship and ties in with the Seaside Class' high ratio of outdoor to indoor space.

Seaview has seen the continuation of MSC's partnership with children's brands LEGO and Chicco, which also appear on Seaside as the primary outfitters of onboard toys. Both ships' children's facilities feature colorful, modern spaces and activities (think scavenger hunts, arts and crafts, 3D printing, video games and dance parties) that rival what's offered by some of the cruise industry's most well-known cruise lines. MSC mascot Doremi and his family also make appearances on both ships.

MSC Seaside sails Eastern and Western Caribbean voyages from Miami, while Seaview cruises to the Mediterranean from Genoa, Marseille and Barcelona in summer. In the winter, it travels to South America from Brazil.

Fares are reasonable for both ships, considering their size and relative newness. However, the final price tag will depend on itinerary length and where you live versus where you're hoping to sail from. For example, if you live in Europe, it will likely cost you more to fly to the U.S. go on a Seaside sailing in the Caribbean than if you were to book a Seaview sailing of comparable duration from the Med, even though Seaview is newer.