You may also like
Dismiss
7 Reasons Pearl Mist Is the Cruise Ship for You
10 Reasons to Take a Cruise over a Land Holiday
Husband Won't Cruise? His Top 9 Excuses and the Arguments You Can Use to Get Him Onboard
Coastal Cruise Tips
Holland America vs. Viking
8 Things You'll Love About Celebrity Edge
Solstice Class vs. Edge Class on Celebrity Cruises
Cruise Passenger Demographics: Who Will Be on My Cruise?
How Much Should I Tip My Room Steward on a Cruise?
23 Things Cruisers Love to Complain About 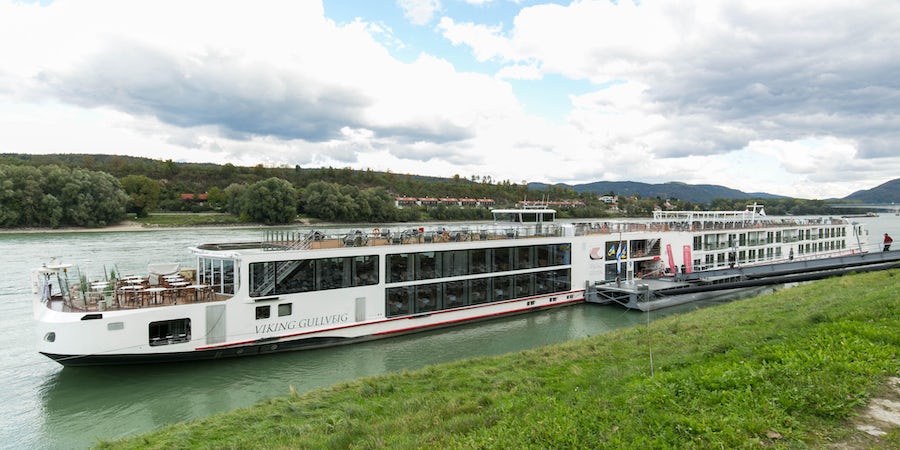 When it comes to picking a water-based European vacation, barge cruises -- also known as canal cruises -- are often lumped in with river cruises. We can see why; after all, both types of cruising are on small boats, take place on waterways and are often run by the some of the same companies.

Within the world of cruising, both river cruise ships and barges are considered on the "small" size. But barges are about as small as you go with an organized cruise, with some vessels only holding six to eight passengers. Sometimes there are more staff than passengers on these intimate vessels! That can be fun because not only do you receive stellar service, you get to know the crew, too.

The typical barge has one or two decks, possibly a third if you're allowed to go up near the wheelhouse where the captain sits (often once the barge is docked for the night). There's usually one dining room, one lounge and an outdoor sitting area in the bow. That's it. With a barge, you're almost forced to socialize with your cruise mates; on a vessel so small, it's very hard to hide.

On a river cruise, the number of passengers usually varies from 98 (with a luxury river line) to 190. Most river cruise ships have three or four decks, including a sun deck that is almost always open, unless you are passing underneath a bridge. A river vessel will typically have at least one dining room, possibly two or three; a main lounge for entertainment; and several decks of cabins. It may have a fitness center and small spa or salon, even an indoor or outdoor pool.

You still have a dedicated staff and more individual service than you'd find on most oceangoing ships. But there is more room to spread out and more people to interact with, if you choose.

Choose a barge cruise if... you like traveling with intimate groups, don't mind small spaces and enjoy a high degree of interaction with the crew.

Choose a river cruise if... you still like smaller vessels, but prefer to have choices in tours, dining options and people to talk to.

River cruising has become a major form of travel and you'll find sailings not only in Europe, but Asia, Africa, South America and North America. Within Europe, river lines have developed a variety of itineraries that include (but aren't limited to) major waterways such as the Rhine, Danube, Moselle, Main, Seine, Po, Rhone, Douro and Elbe. River cruises can cover a lot of ground, and it's common to visit four or five countries (or even more!) on a single itinerary. River cruises offer an abundance of choice, both in itineraries and cruise lines, so nearly anyone can find a combination to suit.

Barge cruises, on the other hand, are limited primarily to canals, with itineraries offered by only a handful of operators. Lines to consider include European Waterways and French Country Waterways, as well as the French river cruise line CroisiEurope; a few tour operators, such as G Adventures and Abercrombie & Kent, also charter these vessels.

A lot of the waterways that barge cruises use are so small, you're unlikely to have heard of them. France is a particularly attractive destination, with sailings available in the Loire Valley, Provence (Canal du Midi), Bordeaux, Gascony, Picardy (Canal du Nord), Alsace/Lorraine, Champagne and both northern and southern Burgundy. You can also take a barge cruise in England (off the Thames); Ireland (off the Shannon) and Scotland (the Great Glen).

A handful of barge itineraries are similar to those on river cruises; these include Italy (the Po), Germany (the Moselle) and Belgium/Netherlands (Dutch waterways). Although the waterways are the same, the barges will move much slowly and generally cover far less ground than the river cruises will. You're more likely to stay in the small towns along the water than go to bigger cities by coach.

Choose a river cruise if... you like visiting small towns but also want to see some larger cities and marquee sites.

Choose a barge cruise if... you've already traveled in Europe and want a more off-the-beaten-path experience.

River cruise ships are usually large enough where you can find a choice of cabins. They will range in size, from a tight 135 square feet to suites that are 300 square feet or larger, on a luxury river cruise. Likewise, you'll find a range of ways to view the water, from "aquarium class" cabins that have a window high up on the wall to French balconies and true balconies where you can go outside and sit.

Most river cruise ships have room for a queen or double bed, a vanity with a chair or a sofa, storage and a TV with on-demand entertainment. It will feel like a hotel room, although on the smaller room.

A barge cruise may or may not have a choice of cabin size and rarely will a cabin have a balcony or a window that opens. (Although like river cruises, most barge cabins have an ensuite bathroom with a shower.) Unlike river cruises, where many ships in the same line are identical (Viking River Cruises, for example, has 51 Longships that are almost exactly the same), barges tend to be more unique and idiosyncratic in layout and decor. Some barges might have sumptuous suites that rival a luxury hotel room, where others are much more utilitarian.

Choose a river cruise if... you see your cabin as an important part of the trip and want more of the amenities that you'd find in a hotel room.

Choose a barge cruise if... your cabin is mostly a place to sleep and you plan on spending the majority of your time with others above deck.

As with any type of cruising, it's hard to go hungry on either a river or barge cruise.

On a river cruise, there's usually a main restaurant that serves three meals a day. The morning and lunch menus are often a mix of buffet and made-to-order items, while dinner is a three-, four- or five-course served meal, with several options for appetizers, entrees and desserts. Many river cruise ships now have a secondary restaurant that either does a special fixed menu, often with paired wines, or a more casual bistro where passengers can come and go. Almost all menus are a mix of regional and familiar dishes.

A barge cruise is a more intimate setting, with gourmet meals that border on the elaborate. Having a chef onboard for only a handful of passengers translates into multicourse lunches and dinners, with fresh ingredients often picked up at the local market. Wine is included, and pours are copious. If you're in France, cheese will be a highlight and presented as a course unto itself. There's usually only one set menu but if you have food allergies, the cruise line and chef will accommodate you.

Choose a river cruise if... you're a picky eater or want a wider variety of selection at meals or an alternative restaurant.

Choose a barge cruise if... you like long gourmet meals with a regional bent, and -- if you're in France -- love cheese.

Many passengers are not prepared for the pace of a European river cruise, which can be quite hectic. The ships stop in a port every day, sometimes two, and there's usually a walking tour or coach tour that's included; if you don't want to miss out, you could literally be on the go from 8 a.m. until dinner. In a welcome trend, more river cruise companies are offering active excursions, which involve biking, hiking and even kayaking or canoeing. If you're the type of person who enjoys an afternoon nap on your vacation, you might have to skip some of the fun.

Related: Top 7 Tips for Cruising with an Elderly Parent

A barge cruise slows it all down. Because barges have to travel during the day, stops in the small villages and towns are usually limited to a few hours in the morning. Then it's back to the boat for the lengthy lunch mentioned above, with afternoons spent puttering through the countryside. Naps are encouraged, as is quiet reading time or socializing with other passengers over a glass (or two) of local wine. When the boat docks before dinner, you might have time to meander through the village or take a short bike ride, but that's about it. (On some canals, you'll be able to bike in the afternoons, meeting up with the barge at a designated lock.)

Choose a river cruise if... you want to see Europe's marquee sites and have an active vacation where you don't want to miss anything.

Choose a barge cruise if... you're happy relaxing, visiting small towns and watching the world drift by.

What you get in the price of your river cruise depends entirely on the line. While many river cruises include at least one daily excursion, as well as Wi-Fi and wine and beer at lunch and dinner in their fare, not all do. As you'd find on the oceans, river cruise lines have different price points, ranging from a value product where you buy more a la carte to an all-inclusive luxury option where everything, including gratuities, is included in the fare.

Barge cruises usually include almost everything in the fare, including transfers, all alcohol, Wi-Fi and excursions. Gratuities may or may not be included. Prices are usually higher than a river cruise due to the small size and the personalized service you receive.

One thing to keep in mind with both river and barge cruises is that the price point is a lot higher than what you'd pay for most ocean sailings (luxury lines excepted). That's because you are usually getting more for your money, in terms of inclusions, and the vessels' smaller size prevents economy of scale.

Choose a river cruise if... you're a relatively new traveler to Europe who wants to see as much as possible in a comfortable and social setting.

Choose a barge cruise if... you're an experienced traveler to Europe who is more focused on seeing cute small towns, singular gourmet experiences and relaxation.