You may also like
Dismiss
How Not to Look Like a Tourist on a Cruise
Planning a Family Reunion Cruise
11 Best (and Worst) Cruise Souvenirs
10 Signs You've Done a Terrible Job Packing for Your Cruise
7 Great Cruise Stocking Stuffers
How To Spark Joy on Your Next Cruise: KonMari Your Cabin
15 Things You'll Regret Not Doing on a Cruise
23 Things Cruisers Love to Complain About
48 Hours in Brisbane Before or After a Cruise
What to Pack for a Panama Canal Cruise 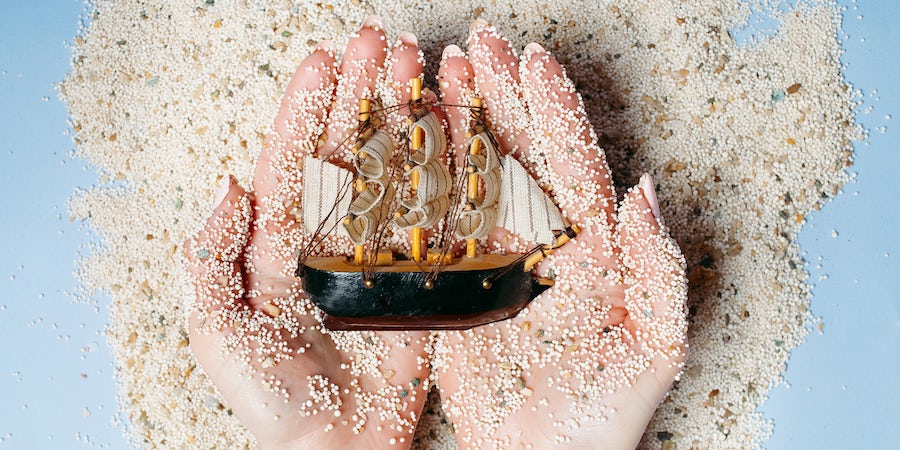 8 Tacky Souvenirs Not to Buy on Cruises (Photo: Pavlovska Yevheniia/Shutterstock.com)

8 Tacky Souvenirs Not to Buy on Cruises

Collecting souvenirs throughout your cruise travels is a great way to remember your favorite destinations, but some are better left on the shelves. Local art, anything handmade or a bottle of regional liqueur -- these are excellent souvenir choices. Don't waste your money on tasteless knick-knacks or gifts that don't represent the places you've visited. Consider us that angel on your shoulder, telling you to resist buying the following tacky souvenirs on your next cruise. (We're still on the fence about coffee mugs, so we'll let those slide.)

These T-shirts proclaiming one's love for a particular city or country are not only tacky, but also embarrassing. You're essentially paying to stand out like a tourist (and who wants that?). Even worse: They're not even made in the country. Also, chances are after your cruise, the only time you'll wear that T-shirt is to bed.

Related: How Not to Look Like a Tourist on a Cruise

Your college days are over. Stop wasting your money on shot glasses and cocktail glasses that most likely aren't even dishwasher-safe. Are you really going to use them, or will they just gather dust on a shelf? Unless you have some amazing Pinterest plan that involves creative decor ideas with shot glasses, just say no.

The go-to souvenir for novice cruisers is perhaps one of the most meaningless you can ever buy. We'll let you get away with one or two keychains, but any more than that and your home/car key set will start to feel like a jailer's cast iron key ring.

Related: How to Prepare Your Home for a Long Cruise

4. Miniature Model of Your Cruise Ship or National Landmark

An item prevalent in mainstream cruise ship shops, mini-cruise ship models put the kitsch in kitschy. Perhaps even worse are tiny replicas of major landmarks like the Eiffel Tower and Chichen Itza. They might look cute for a second, but they won't be when you realize how ridiculous they look on your fireplace mantle or bookshelf at home.

A sombrero from Mexico, a conical hat from Southeast Asia, a Buckingham Palace guardsman hat… Let us start by clarifying that these cultural staples themselves aren't tacky; however, buying imitation headwear is. Please, just don't -- unless they're for your kids who adore playing dress-up.

Souvenir magnets are like potato chips -- you can never have just one. Collect enough, and eventually your refrigerator will look like a Jackson Pollock painting. No offense to the late great artist, but that's an interior design look nobody wants.

Don't be fooled by those century old-looking, wooden figurines and other trinkets you see in some markets. Unless you're in an actual antique shop, those "collector's items" were probably made in China -- and are being sold at another market pretending to sell authentic antiques, in your next port of call.

8. Anything That Abuses the Local Culture

Michelangelo did not sculpt "David" so that 500-plus years later, those who visit the famous work of art could purchase phallic-shaped pasta or shorts with the poor man's iconic genitals on them. On that note, unless you're from Hawaii or trained in hula, please don't purchase the infamous "coconut bra and faux grass skirt" set. They're not odes to the culture -- they're souvenir no-no's.