You may also like
Dismiss
Best Foodie Cruises
Is a Small Ship Cruise in the Caribbean Right for You?
Windstar Yachts vs. Windstar Sailing Ships
10 Reasons Why Star Clippers is the Cruise Line for You
Top Lines for a Casual Luxury Cruise
What Is a Cruise Ship Bridge?
Windstar's Water Sports Platform on Wind Spirit in Tahiti
5 Free Activities on Carnival Horizon
5 Reasons to Love Windstar in Alaska
Sailing vs. Yacht: Which Windstar Cruise Should You Book? 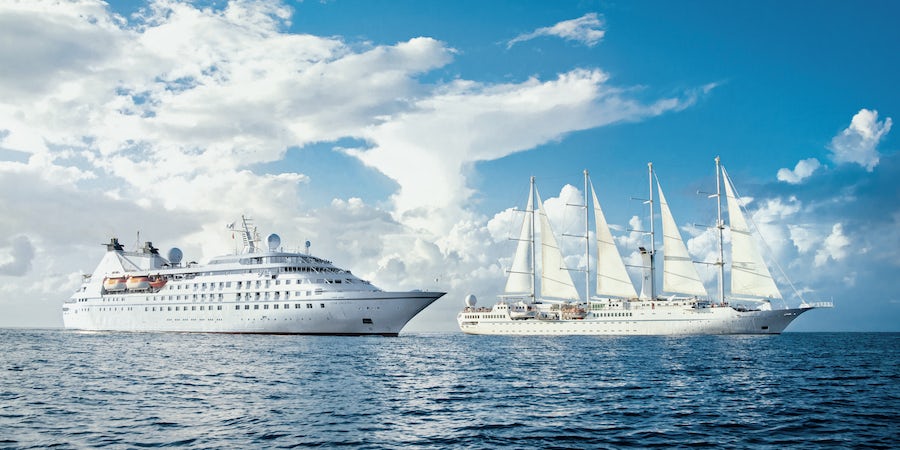 5 Things You Didn’t Know About Windstar

Windstar is proof that bigger isn’t always better. Each ship in the six-yacht fleet holds only 148 to 310 passengers -- less than the capacity of a lifeboat on a big ship. You regularly see the same group of passengers and crew throughout the cruise and quickly become friends with some. The ships’ smaller sizes and shallower drafts (only 14 to 16 feet) allow for nimble navigation into smaller ports without another cruise ship in sight. Passengers visit the authentic destinations, not places overrun by Hard Rock Cafes, T-shirt shops and elbowing tourists.

Here are five things you probably didn’t know about Windstar -- but should.

1. There is one crewmember for every 1.5 passengers onboard.

Rock star service is what you get with a crew-to-passenger ratio this low. Crewmembers recognize you and greet you by your first name. Photos and names of passengers are actually printed up for quick reference in crew areas and serving stations. The bartender is hardly ever too busy to ham it up with a juggling, flipping, free-pouring performance while making your favorite cocktail. Passenger reviews often comment that a Windstar cruise feels like sailing on a private yacht. The line's ships often win Cruise Critic Cruisers’ Choice Awards for Best Service.

Related: Cruise Ship Ambiance on a Luxury Cruise: What to Expect

An open-bridge policy means you can wander into the ship’s command center and ask questions morning, noon or night. No appointment or tour is necessary. The captain or officers at the controls will show you the steering wheel, radar, depth sounder or nautical charts and explain all those buttons on the control panel. Visit after dark and you can ask the night watch officer for stargazing tips or to point out the Southern Cross constellation if you’re in the Southern Hemisphere. The only time the bridge is off limits is when the ship approaches or departs a port.

Related: What Is a Cruise Ship Bridge?

3. You can water ski or paddleboard right from the ship.

At the aft of all six ships, a retractable door opens directly onto the water to become a base for several types of activities. The water sports platform is usually open when the ship is at anchor. From here you can take out kayaks, stand-up paddleboards, windsurfers and sailboats at no charge. Water trampolines and inflatable water structures are other fun options. The water sports crew also has a small, motorized boat and will pull you water skiing, wakeboarding or tubing around the ship and bay. The water sports platform activities are a fun way to unwind and cool off after returning from morning shore excursions.

More than 45 percent of Windstar cruises offer at least one overnight or late night (until midnight) in port, giving passengers a chance to venture out and experience the local nightlife. In Monaco, you can play blackjack into the wee hours at the iconic Casino Monte Carlo. In St. Petersburg, plan an evening excursion on the town with Champagne, caviar and a ballet performance. In the South Pacific, Windstar overnights in Bora Bora, a quintessential overwater bungalow destination. It’s an excellent opportunity for a posh bungalow stay mid-cruise without having to tack on extra pre/post-cruise days for the same iconic experience.

In 2017, the cruise line debuted its James Beard partnership on eight culinary themed sailings. Each one featured a James Beard chef who is renowned in the destination where the ship sails. In 2018, the lineup includes Vietnamese chef Andy Ricker among others. These foodie cruises also include cooking demos, sommeliers and mixologists that introduce you to local dishes and cocktails. All Windstar sailings include James Beard Foundation signature recipes on the menu and in cooking demos.