Don't let the grail of an expedition cruise to Antarctica or the Arctic blind you to the world between the polar extremes. Certainly, it's a privilege to follow in the immortal frozen footsteps of Ernest Shackleton and his crew, and a passage through the Arctic calls out with its novelty and continent-spanning scale.

Yet, elsewhere on the planet, the ability of nimble expedition cruise ships to cozy up to remote destinations -- some of which were previously inaccessible to all but the most driven, resourceful travelers -- has opened up places that rival the aforementioned icy wonderlands in wilderness and wildlife. And, they're not all as bound by seasonal limitations. These are unique experiences, the kind of trips that Silversea Expeditions, for instance, features in its Wild Expedition series. These ports of call share with each other uncommon natural beauty, vibrant local cultures, incredible wildlife and active exploring.

Consider these 10 destinations that span the Pacific coast of South America all the way around to West Africa's Atlantic coast. Each features notable local culture and natural wonders -- and the ability to dive deep into each from the ship and/or while ashore. 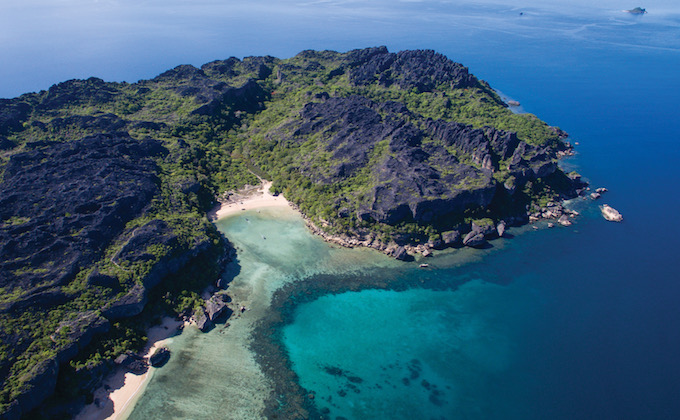 Get oriented: Twenty-six natural atolls make up the Maldives archipelago, a sun-drenched, low-lying island nation southwest of India in the Indian Ocean. Most of the atolls are located just north of the equator.

One thing you must experience: Beaches. They're the classic white sands and clear blue waters variety; the kind that appear on magazine covers and in your daydreams about paradise. 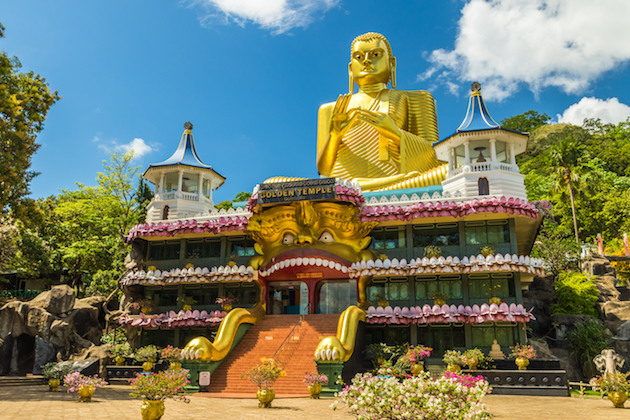 Get oriented: The island country sits in the Indian Ocean, just southeast of the southernmost points in India. It's a bit smaller in size than Ireland, but, with its tropical location, worlds away in climate. That is to say: It's warm.

One thing you must experience: Local culture. UNESCO has designated eight World Heritage Sites in Sri Lanka; six of those are cultural. 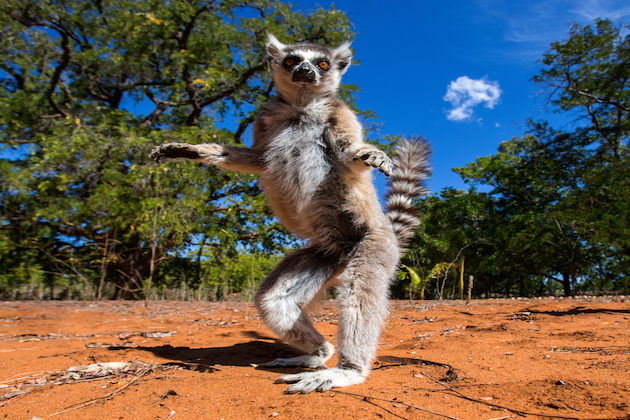 Get oriented: It's the fourth largest island in the world, located off the east coast of Africa, directly across a channel from Mozambique. Its isolation and size helped Madagascar evolve into one of the most diverse places in the world as measured by flora, fauna and landscapes.

One thing you must experience: Lemurs. The big-eyed primates, perhaps a cross between cat, squirrel and dog, are perhaps the most beloved animal found on Madagascar. It's the only place in the world they're found in the wild.

Read reviews from travelers in our Silversea cruise reviews. 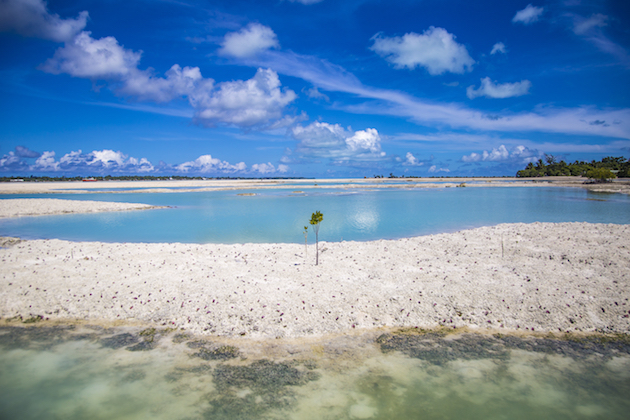 Get oriented: Follow the dotted lines for the Northern, Southern, Eastern and Western hemispheres to where they converge in the central Pacific. That's where you'll find Kiribati, an island country whose three island groups (33 islands total) spread into each of the planet's four quadrants.

One thing you must experience: The water. Kiribati's water-to-land ratio is the largest of any country. 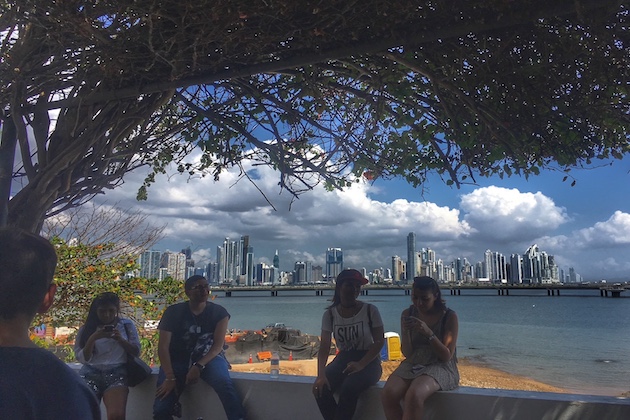 Get oriented: The isthmus that is Panama connects Central and South America, as well as the Pacific and Atlantic oceans via the Panama Canal.

One thing you must experience: The Panama Canal. The man-made wonder is an icon for a reason. 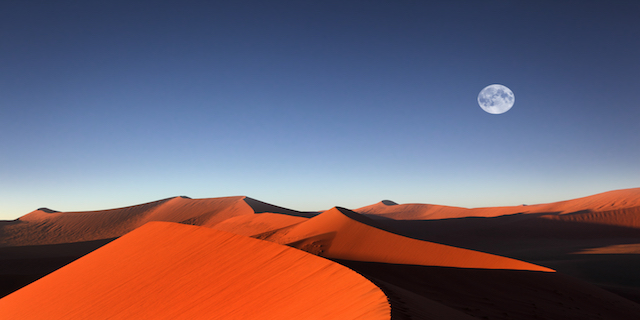 Get oriented: The rain-starved Southern African country borders Angola, Botswana and South Africa, with an extensive coastline along the South Atlantic Ocean.

One thing you must experience: The Sossusvlei dunes. The country's iconic towers of red sand reside in Namib-Naukluft National Park. 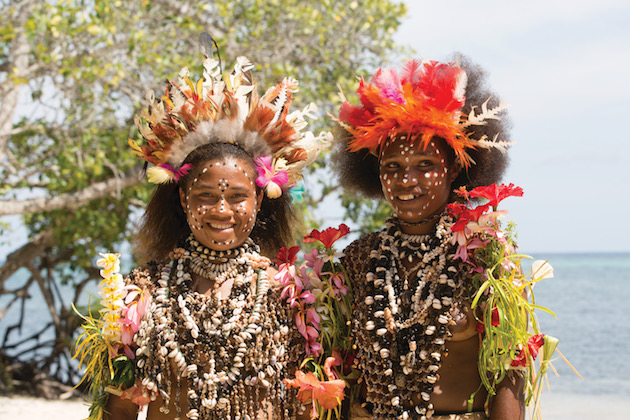 Get oriented: It's comprised of the eastern half of the second largest island on the planet, located across the Coral Sea from the northern Australian state of Queensland.

One thing you must experience: Local culture. Melanesians, as the majority of the country's population is known, speak more than 800 languages among themselves, reflecting the diversity and complexity of the country. Cultural events for travelers abound. 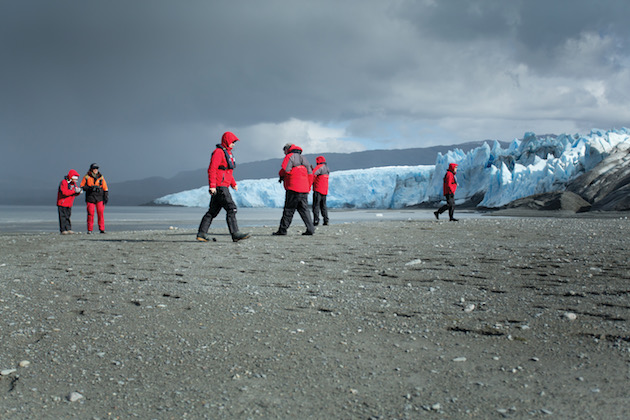 Get oriented: Long, lean Chile breaks into beautiful rugged pieces not too far below the Tropic of Capricorn, before curving east to complete the South American continent. That's where the magic happens.

One thing you must experience: The fjords. They're an icy highlight of the islands, channels and other natural wonders that comprise the coastal area above Cape Horn. 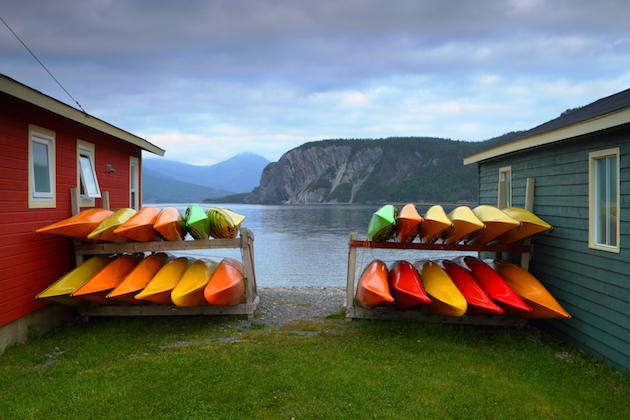 Get oriented: It's the island portion of Canada's most eastern province, Newfoundland and Labrador. It's also the easternmost part of North America, situated hundreds of miles southwest of Greenland.

One thing you must experience: Iceberg Alley. When ice breaks off the glaciers of Western Greenland, it often floats down to the coast of Newfoundland and Labrador. Spot the bergs from land or sea -- or Twitter. 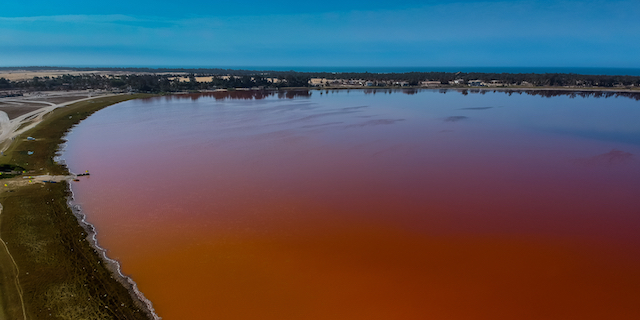 Get oriented: The westernmost point in Africa resides in this West African country, which sits roughly 1,000 miles above the equator.

One thing you must experience: The House of Slaves. On Goree Island, a UNESCO World Heritage Site, slaves passed through the "Door of No Return" on the way to their awful fates. It's a place to remember and understand humanity's dark side.

Michael Yessis' features on travel have appeared in the Smithsonian Magazine, USA Today, and the Travel Channel.

8 Overrated Activities in the Caribbean
Here are 8 overrated activities you might encounter during Caribbean cruises that you can easily skip.
12 Bad Decisions That Could Ruin Your Cruise
Don't let it be your fault that your sailing turns sour. Any of these 12 bad decisions could ruin your cruise. We're here to help you say no so you can save your vacation.
Best Time to Cruise
It's one of the most common cruising questions: When is the best time to cruise Alaska, Australia, the Caribbean, Canada/New England, Hawaii, Europe or the South Pacific? The answer depends on many variables. For example, fall foliage enthusiasts will find September and October the best time to cruise Canada/New England, whereas families prefer to sail in summer when temperatures are warmer for swimming. The best time to cruise to Alaska will vary depending on your preferences for viewing wildlife, fishing, bargain-shopping, sunshine, warm weather and catching the northern lights. For most cruise regions, there are periods of peak demand (high season), moderate demand (shoulder season) and low demand (low season), which is usually the cheapest time to cruise. High season is typically a mix of when the weather is best and popular travel periods (such as summer and school holidays). However, the best time to cruise weather-wise is usually not the cheapest time to cruise. The cheapest time to cruise is when most travelers don't want to go because of chillier temperatures or inopportune timing (too close to holidays, the start of school, etc.). But the lure of cheap fares and uncrowded ports might make you change your mind about what you consider the best time to cruise. As you plan your next cruise, you'll want to take into consideration the best and cheapest times to cruise and see what jibes with your vacation schedule. Here's a when-to-cruise guide for popular destinations.
The Free Cruise Offer: Scam or Legit?
Thank you for your interest in Royal Seas Cruises on Ticketmaster. You will soon be receiving a call to book your free Bahamas cruise. Can't wait? This seemingly simple sales pitch began a yearlong journey of phone calls, complete with lightning-fast decisions, scheduling and hand-wringing, as I attempted to determine whether the free cruise offer was a scam, legit or something in between.
5 Booking Hacks That Will Change the Way You Buy a Cruise
Heed our advice using these five cruise booking hacks and you might be able to find secret pricing, score double the bonuses and land the upgrade of a lifetime.
7 Dumbest Cruise Mistakes Ever
We've all been there: almost getting your Romanian spouse forcibly debarked -- and expatriated; sprinting through the St. Thomas jungle to catch your departing ship; eating three of Guy Fieri's 1,000-calorie burgers in one sitting. Perhaps not, but as Bram Stoker wrote in Dracula, "We learn from failure, not from success!" What has failure taught Cruise Critic's editors and contributors when it comes to cruising? Do your homework on visa requirements, and triple check that you know how to get where you're embarking. Be careful what you eat and what you book. Read our seven mini-stories of supreme stupidity, have a laugh at our expense, and vow never to make the same mistakes.