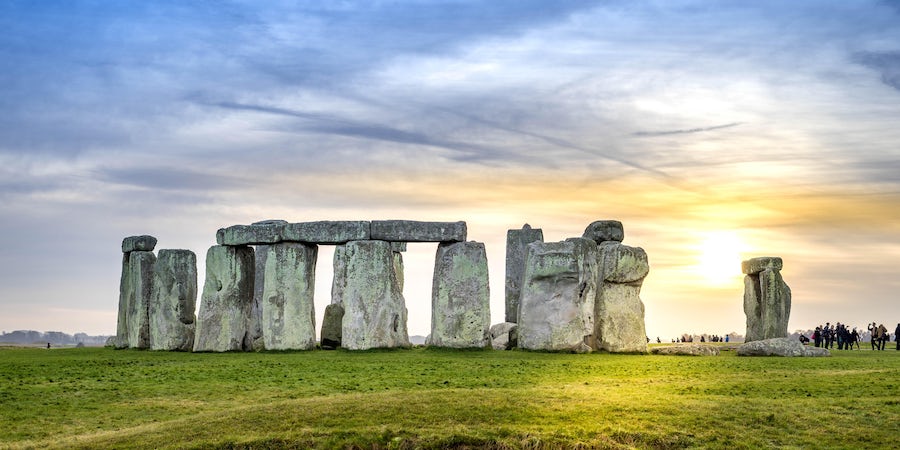 If you've never been to Southampton before, there's plenty to see and do in the country's busiest cruise port. However, if you have already visited the city, you may wish to take a day trip to one of a number of outstanding sights and places -- most of which lie just under an hour away.

Southampton is an enviable position on the south coast of England, with beaches, forests, historical sights and cities easily accessible by train or bus -- you can get to London in one hour and 20 minutes, or visit the country's most famous prehistoric monument, Stonehenge, in less than an hour; find yourself deep in a forest surrounded by wild animals; or visit Charles Dickens' birthplace.

In fact, there are so many places worth visiting nearby that it’s been a challenge to narrow the list down. After much deliberation, however, here's a top five, which are all easily doable by train or taxi if you don’t have a car. Do you agree? Leave your suggestions at the bottom of this piece.

What to do: Stonehenge is Britain's most famous prehistoric monument and if you're going to do just a single day trip, this should really be on the top of your list. A UNESCO World Heritage Site, it's an iconic ring of standing stones shrouded in mystery and myth, built between 3,000 BC and 2,000 BC. The question is: how did those stones get there, and why? Some of the stones come from Wales and historians believe they were dragged, rolled and floated on rafts the extraordinary distance of 240 miles to the site. Why? Historically, the site is believed to have been used for solar and lunar worship, as well as human sacrifices; cremated human bones have been found in some of the oldest areas. Be sure to book ahead -- last admission is two hours before the advertised closing time (open daily 9.30 a.m. – 5 p.m.). While plenty of tour buses shuttle groups here from Southampton daily, it's just as easy to do it on your own, by car or by taking a train to Salisbury, from where there's a Stonehenge tour bus. Note, though, that you can’t walk up to the stone circle except on special tours, with limited availability. These take place very early morning or in the evenings and you should apply for them online. Otherwise, start your visit at the visitor center, from where there's a free shuttle, or a walking trail that takes you close to the stone circle. Don't forget to try one of the site's famous rock cakes sold in the Café, or a beer from the Stonehenge Brewery.

What to do: The Isle of Wight is a 23 by 13-mile island, just off the coast from Southampton (you’ll have sailed past it on your approach to the port) which has beaches, historical buildings and a growing festival and food culture. In the south are unspoilt sandy stretches; closer to Cowes (where the ferry docks) it's shingle, although you're most likely to visit Cowes for the chichi shops, galleries and pubs. If you head west to Alum Bay, not only can you see the iconic Needles -- three dramatic chalk stacks in the sea -- but you've a good chance of finding a fossil, as the Isle of Wight is part of Britain’s so-called "Jurassic Coast". Cowes has cycle hire shops if you want to try some of the cycling trails, or you could visit Osborne House, the former summer residence of Queen Victoria (open March 30 to September 30, 10 a.m. to 6 p.m.). The island gets very busy during the famous Cowes Week Sailing Regatta in August, while June is the Isle of Wight Music Festival, one of Britain's largest. Great eateries abound, but for something unique, head inland to The Garlic Farm at Newchurch, which, in August, holds the annual Garlic Festival. There's a restaurant at the farm where everything on the menu is made using garlic… even the ice-cream.

What to do: Famous for its endemic ponies, deer and wildlife that roams free, this park is popular with walkers, cyclists and horse-riders. And the great news is that a direct train from Southampton Central will take you to the heart of the New Forest and the village of Brockenhurst. Explore the park on foot, horseback or wheels -- you can hire bikes at the station. The closest trail is only 400 yards away. If you're keen to see animals, head for the New Forest Wildlife Park at Ashurst, where wallaby, European bison, wild boar and lynx are kept in enclosures (open 10 a.m. to 5.30 p.m.). Nearby Beaulieu is a day out in itself, a grand stately home that has been seat of the Montagu family since 1538, with a medieval abbey, beautiful gardens and the National Motor Museum, one of the world's premier collections of cars and motoring memorabilia (10 a.m. to 6 p.m.). Ditto the 200-acre Exbury Gardens if you're a lover of flowers; there’s even a miniature steam railway here. From July to September there's a New Forest hop on/hop off tour bus which will take you to all these places from Southampton.

What to do: Not only is this the birthplace of Charles Dickens, but for centuries Portsmouth has been an important naval port. Many of its attractions are maritime-themed -- in its Historic Dockyard you'll find Nelson's flagship, HMS Victory, as well as Henry VIII's favorite vessel, Mary Rose, both of which are newly restored. Towering above them is the Emirates Spinnaker Tower. It's taller than Big Ben and from its 557-foot-high vantage point offers superb panoramic views of the harbor, the Isle of Wight and Gun Wharf Quays -- a massive retail shopping outlet. Not only can you bag 60 per cent-off designer brands like Ralph Lauren and Michael Kors here, but there are umpteen pubs, a cinema and a casino. If you're after a lovely beach, head to the area of Southsea, less than a mile from the city center.

What to do: Full of quirky restaurants, medieval cobbled streets and architectural delights, Winchester is a little-known gem of a city that oozes history. Must-sees include the ruins of Wolvesey Castle; the 13th century Great Hall (which houses a late medieval replica of the mythological King Arthur's Round Table); and Winchester's magnificent Cathedral. The latter is the resting place of kings and queens as well as England's much-loved author Jane Austen. Everything is within easy reach, including Parchment Street's quaint boutiques and College Street's 250-year-old bookshop, P&G Wells. Lunch at the Wykeham Arms pub by the Cathedral will you set you up for a 20 minute scenic walk alongside the River Itchen towards the Hospital of St. Cross, a working almshouse since 1132.