You may also like
Dismiss
6 Best Cruise Ships in London
Amazon River Cruise Safety: What You Need to Know
Virtual Antarctica: Come Along on Our Cruise to the Lost Continent
7 Reasons to Cruise Celebrity Flora in the Galapagos
Columbia River Cruise Map
Best Princess Cruises for Kids
Princess Cruises' Discovery at Sea Program
New Luxury and Expedition Ships Coming in 2020
New Cruise Ships 2020 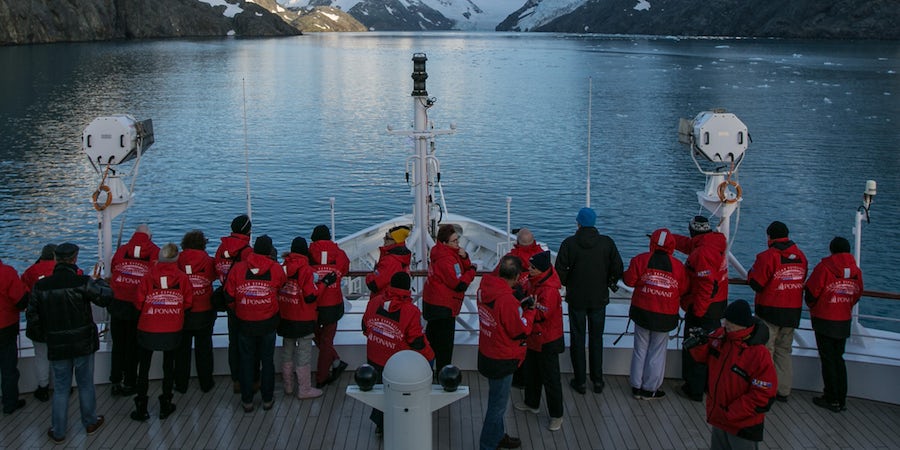 Expedition Cruises: What to Expect

Equal parts exhilarating adventure and travel by cruise ship, expedition cruising is one of the best ways to experience some of the most remote, and visually stunning, destinations on the planet. If you've seen the glorious photos travelers have shared with us on Cruise Critic, from glaciers and icebergs to tropical fish and volcanoes, it's completely understandable that destinations like the Arctic, South Pacific, Alaska, Asia and the Antarctic offer otherworldly experiences.

What's less well-known, however, is the cruise aspect of an expedition voyage. The biggest secret? It's how much an expedition cruise is both like -- and quite unlike -- traditional cruises. Since discovery off your ship is the point of an expedition voyage, you won't find big ship features like Broadway-style theater performances, water slides and massive casinos. What you will find similar to the cruise experience is alfresco dining, private balconies (sometimes), spas, plush accommodations, sophisticated enrichment programs, a pool, lounging and culinary options that rival the best of small ship cruising.

Here are our favorite discoveries we gleaned from our first expedition cruise.

You Won't Need the Kitchen Sink

You don't need half what you think you'll wear on an expedition cruise. Trust me. Before my cruise, the piles of clothes on the bed wouldn't have fit into a steamer trunk much less a regular-sized suitcase (or two). Partly it's because I imagined that a trek down to the South Pole would be like living in a National Geographic documentary. It's not.

First of all, expedition lines often gift travelers with a complementary parka and free use of key (and space-consuming) gear, like rubber boots. The parkas are normally yours to keep, but should you not want to lug them home many cruise companies have programs donating the coats to those in need.

It's also important to understand that if you're embarking on an expedition cruise to the polar regions, chances are you're sailing when the weather conditions are the most favorable. This means that in Antarctica it's austral summer. While you'll spend plenty of time on the snow and ice, the average temperatures are normally in the 30s and even 40s (Fahrenheit). Layering is more important than extreme-weather clothing. If you're on a polar cruise, plan to pack no-touch gloves and waterproof pants. On a tropical cruise? You'll want a couple of extra pairs of shoes for wet landings so you always have a dry pair handy. For any destination, whether the climate's warm or cold, UV sunglasses come in handy as does sunblock. And yes, bathing suits come in handy too.

For onboard life, no matter how upscale your expedition line is, leave formal wear at home (in fact, when I sailed more than one person wore shorts and flip-flops onboard). During the day, people are ultra-casual. At night, khakis and collared shirts for men (same for women though resort-style garb is good, too), is the definitive dress code. 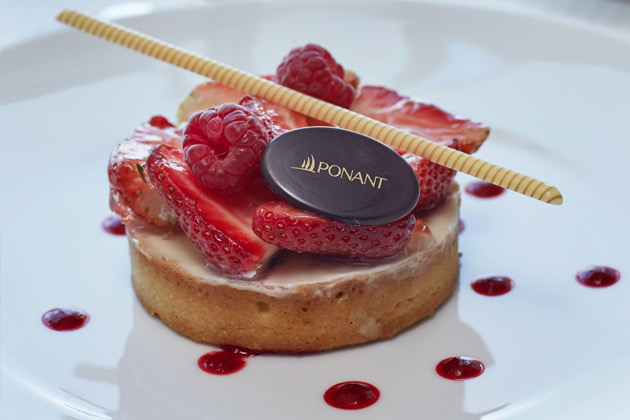 Just because you're on an expedition cruise doesn't mean that you have to eat like pioneering Antarctic explorer Ernest Shackleton. In fact, the world's best expedition cruise lines pride themselves on offering the same delicious food and expansive wine offerings as on any other premium cruise experience -- though there is, perhaps, less foraging of local foodstuffs. Imagine sailing through a sea of icebergs while enjoying foie gras and wild boar with a sparkling glass of Champagne on the side.

And there's this, too: Even in some of the most extreme spots on the planet, luxury expedition cruise lines partner with famous chefs, such as France's Alain Ducasse, who train the onboard culinary teams to create five-star dining -- even when sailing to the bottom of the world. Add in other partners like Laduree and Veuve Clicquot and you have a dining experience unlike any other.

Also new: Options. It's wonderful to be able to have choices when it comes to dining (traditionally, expeditions involve one-seating for meals), between a gastronomic experience -- or a more casual grill. As well, newer expedition vessels devote more square footage to galleys, which means kitchens are better able to accommodate special diets, such as vegetarian, low-fat and gluten-free. And many now feature 24-hour room service. 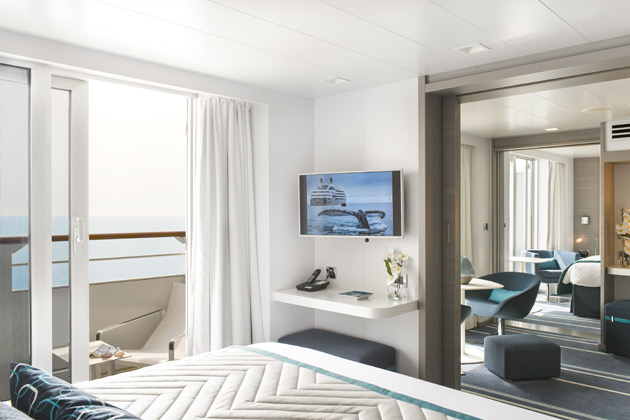 One of the biggest changes we've seen in expedition cruising is the creation of staterooms that offer every possible amenity. The biggest improvement? How would you like to glimpse the antics of wildlife and the majesty of icebergs and volcanoes from the privacy of your own private balcony? Plush bedding, spacious showers and of-the-moment electronics are also key extras that are relatively new to the expedition experience.

If you're thinking about an expedition cruise, then you probably already have a fierce curiosity and interest in wildlife and unique experiences. That's why you'll find that expedition voyages offer an extra dimension, depending on the itinerary, by bringing onboard historians, biologists, climatologists, ornithologists, photographers and other erudite experts.

Related: Is an Expedition Cruise in Alaska Right for You? 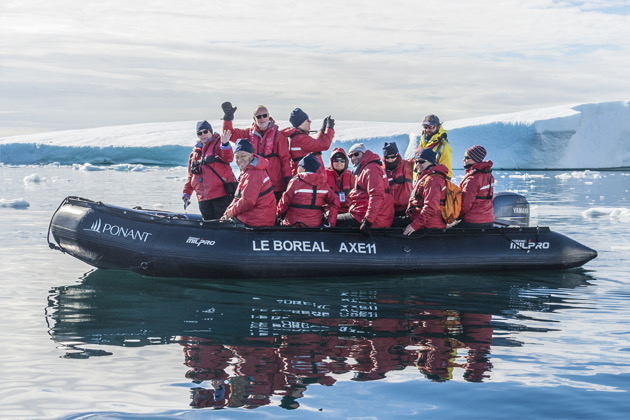 One aspect that genuinely surprised me about expedition cruising is the strong feeling of community. Whether it's Tahiti, the Galapagos or Antarctica, the act of visiting some of the planet's most amazing destinations with a small group of like-minded travelers creates lifelong bonds.

Pre- and Post-Cruise Stays Are Common

Many expedition cruises start in some very remote areas of the planet, and the last thing you want to do is miss your cruise altogether. As well, flight connections to and from points of embarkation/disembarkation are often complex, which means that smart travelers will go ahead and plan to spend a few days exploring the area before leaving on the cruise. This is a travel bonus, as it allows a great opportunity to experience something totally different from the expedition cruise.

Related: What to Do if You Miss Your Cruise Due to a Flight Cancellation or Delay 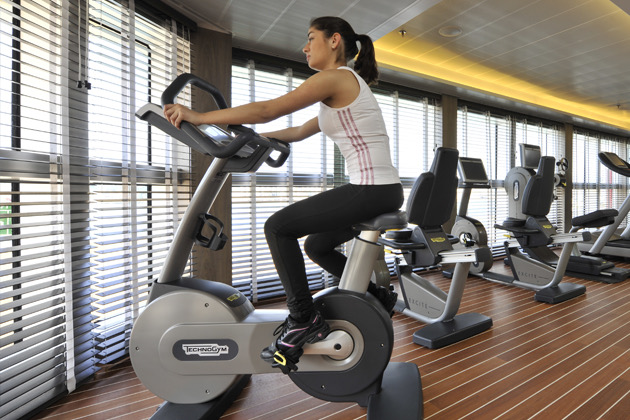 Most expedition cruise off-the-ship adventures are quite active and you'll do more than just admire the scenery from the vessel's deck. Hiking to ruins, trekking across glaciers, climbing volcanoes, scuba diving and taking a polar plunge are all options -- depending on the destination of course -- that allow you to engage rather than just admire. During my week sailing around Antarctica, most of the daily excursions were comfortable walks, although they often took place on rocky and uneven terrain. Particularly memorable, both for the effort it took and the rewarding vistas it provided, was a hike that involved a steep climb on a hastily improvised switchback trail.

It's also important to point out that expedition ships may not often dock at a real pier. Zodiacs, which are inflatable rubber boats that you can board from the marina on your ship (and which make wet landings at "ports"), are a common fixture. They can require a bit of deft maneuvering to step into (and out of).

What may also surprise you is that newly designed and built expedition ships actually have onboard facilities, like spas offering standard massages and even super-exotic treatments, like banlneotherapy (which uses mineral salts to make you feel more serene) and Moroccan hammams. Salons offer skin and nail treatments, and gyms, equipped with state-of-the-art gear, Kinesis walls, and private fitness trainers, are options. Alfresco pools and hot tubs are other diversions.