You may also like
Dismiss
How to Rent Camera Equipment for Your Cruise of a Lifetime
Best Cruise Travel Agents
6 Cruise Ports and Regions That Have Banned Sunscreen (and What to Use Instead)
Are Dolphin Tours Humane?
7 Easy Things You Can Do to Help the Environment When You Cruise
What Is LNG Gas, and What Are LNG-Powered Cruise Ships?
How to Keep Your Data Safe When Cruising
What Happens if My Cruise Line Goes Bankrupt?
How Reassuring are New Cruise Cancellation Policies Really?
What To Do If Your U.K. Cruise Travel Agent or Operator Goes Bust? 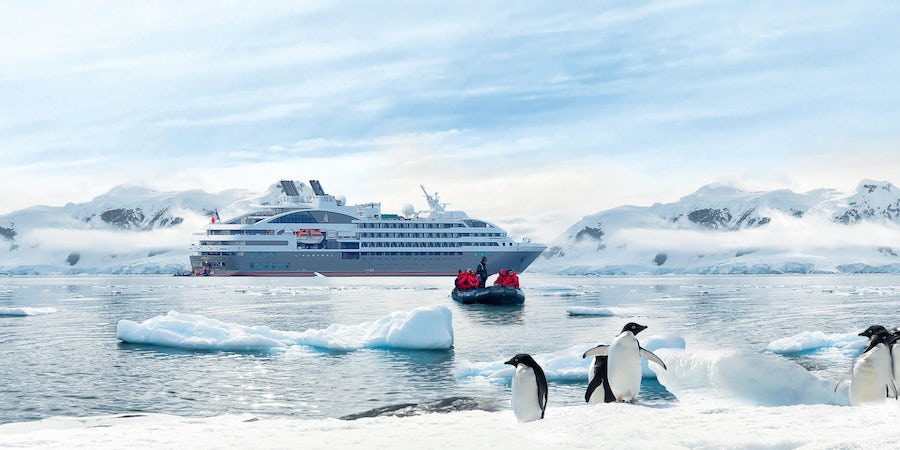 It's Crucial That Expedition Cruise Ships Respect the Environment. Here's Why.

Visiting Antarctica and the Arctic is nothing like vacationing at a beach resort or taking a tropical cruise. The distances are vast, the conditions challenging and the ecological responsibilities intimidating.

Even holiday revelers who don't typically think about environmental issues quickly come to understand them once they arrive. There's something about seeing Antarctica, with its enormous penguin colonies, breaching whale pods and endless landscape of mountains and ice that makes visitors stop and take pause. The Arctic, with its polar bears, walruses and seals, is no different.

Fortunately, travel expedition companies specializing in the region are obsessed with safeguarding nature and wildlife.

"They all have protecting the region in their minds and hearts," says Ben Lyons, a sea captain and CEO of Expedition Voyage Consultants, which helps adventure travel companies plan their polar cruise programs. "They do it so these areas will remain pristine and cared for."

In addition to protecting nature, travel companies are also tenacious about passenger safety. After all, when you're traveling through extreme polar environments, there's no room for error. Tour operations in the Antarctic, the planet's largest wilderness, are governed by strict international treaties. But some companies have developed a reputation for going even further, designing ships and implementing polices that zealously protect the environment and passengers. 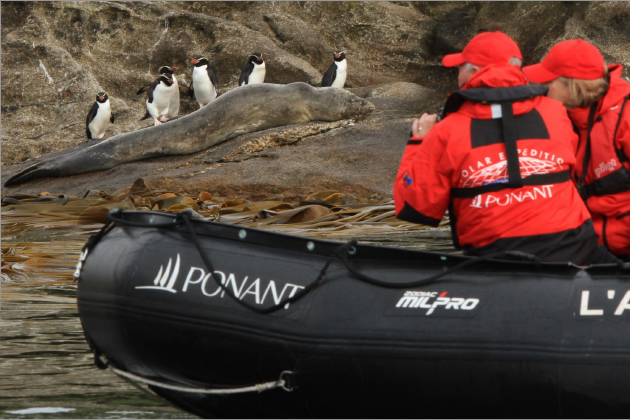 The vast majority of polar visitors arrive by ship. And for years, that meant roughing it. Many tour companies used basic, repurposed Russian ice-breakers to travel to the ends of the Earth. Accommodations could be spartan, with dormitory-style sleeping quarters, a simple cafeteria and perhaps a bar.

But new ships, like those being introduced by French cruise line Ponant, are something completely different.

"The old Russian ice-breakers weren't super-efficient," says Mary Curry an expedition cruise expert at Adventure Life, a travel company that helps passengers organize trips, who has been working with the industry for 17 years. "But as older ships are retired, companies are coming out with these impressive technologies."

For example, Ponant’s four sister ships, Le Boreal, L'Austral, Le Soleal, and Le Lyrial, have been engineered to incorporate environmentally friendly engines, water treatment and lighting systems, all to minimize their carbon footprint and impact on the environment. They all include a reinforced hull for polar exploration, stabilizers, six passenger decks and a fleet of Zodiac inflatable rafts for shore excursions and transfers.

Being environmentally conscious doesn't have to mean roughing it.

Each of the sister ships boasts a state-of-the-art fitness room, onboard spa, panoramic lounges and outdoor terraces. The 466-foot vessels all have two French-inspired restaurants and up to 132 staterooms and suites, almost all of which have a balcony.

In 2021, the line will introduce the Ponant Icebreaker, the world's first extreme polar luxury exploration vessel, which can cut through ice 8-feet thick. It will also have panoramic suites, gourmet cuisine and two helicopters.

Most importantly, it will be hybrid-powered by environmentally friendly liquefied natural gas, the cleanest-burning fossil fuel. The propulsion system works by charging batteries that power the engine and can operate for about 100 days without refueling. It also incorporates a waste-heat recovery system and includes a laboratory, designed for researchers and citizen-science participants.

So not only will passengers enjoy spa treatments on polar cruises but also their vessel will be gentler on the environment than nearly all other ships at sea.

The design will allow the 135-passenger ship to the be first cruise line to take passengers through the Northeast Passage and to the actual North Pole at 90 degrees latitude north. It will also visit remote Antarctic sites like the Weddell Sea, Charcot Island and the Peter I Islands. 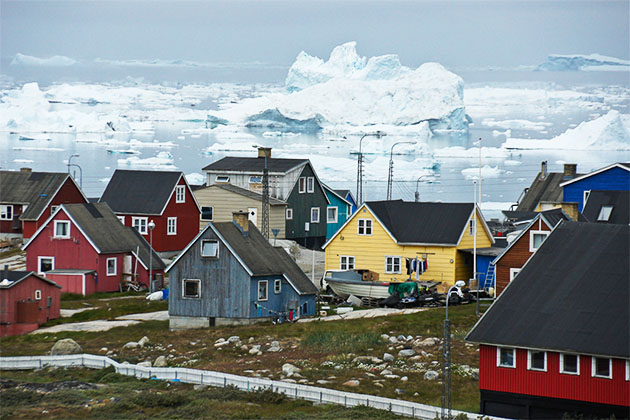 Ecological threats, of course, aren't limited to the sea. Cruise lines have worked tirelessly to protect the polar land masses and their unique habitats, from fur seal colonies to albatross feeding sites.

While many outdoor travelers are familiar with leave-no-trace practices, the protections are particularly strict on Antarctica, where the number of visitors allowed ashore at any landing spot is limited to 100. No more than one cruise ship can visit an area at a time, and ships with more than 500 passengers are prohibited from landing at all.

Related: Why G Adventures Is the Expedition or River Cruise Line for You

And that's just the start. Some lines try to minimize the impact by using 10-passenger rafts and planning shore visits for remote, seldom-visited areas.

The environmental rigor begins long before ships even reach Antarctic waters. While visitors are cruising to the continent, expedition staff use vacuums to clean backpacks, pants cuffs and pockets, and Velcro fasteners. It's all part of an effort to keep invasive species off the southern landmass.

Before coming ashore, visitors must step through a disinfectant to clean their boots. And passengers repeat the process when returning to their ship to prevent spreading containments and species between different ports of call.

Visitors also aren't allowed to bring food on land. Even overnight guests camping ashore, a shore excursion option offered by a handful of lines, must dine on ship, not on land. "They cannot bring virtually anything on shore at any time. There will be footprints, but for the most part nothing gets left behind," Curry says.

The same ethic guides all passenger shore visits. Passengers typically board a Zodiac, a small inflatable raft, and landings usually are "wet." The craft stops just offshore in shallow water, and passengers, who are wearing knee-high waterproof boots provided by the cruise line, step out of the boat and walk the last few steps to land. That way the watercraft won't disrupt sensitive landscapes.

Once ashore, guides make sure that passengers follow designated pathways, avoiding sensitive moss and other plants that can be easily damaged by footsteps. Because the continent's marine life has few natural predators, it's particularly vulnerable to human interference, and trained expedition leaders take appropriate precautions. For example, when visiting a penguin colony, guides lead passengers to viewing areas, where they can watch the fascinating birds from a respectful and safe distance. 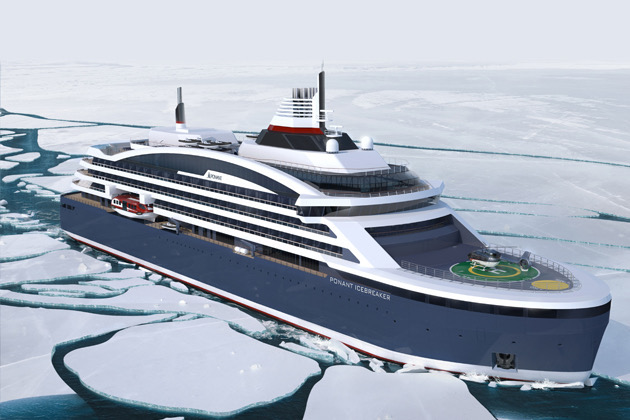 Ships themselves also strive to leave no trace.

Regulations restricts the type of fuel used by ships in the Antarctic to lighter, less-polluting marine diesel oil, which reduces air pollution and the danger from spills. One of the most important accreditations a cruise line can have is a "Clean Ship" certification by the French classification society, Bureau Veritas. The rare accreditation recognizes that a company's fleet -- from initial design and construction to seagoing operations -- has adopted the most environmentally responsible materials, equipment and management procedures possible.

While certification requirements vary, here's just one example: All ships are equipped with dynamic positioning, a sophisticated computer-controlled system, which allows vessels to maintain a mooring position without dropping anchor, which eliminates potential damage to ecologically sensitive areas.

The Paramount Importance of Safety

Given that the polar regions are the most remote landscapes on the planet, safety must come first.

Related: Can an Expedition Cruise Transform Your Life? You Bet.

Cruise ships care for passengers in a variety of ways. Primary guidance comes from SOLAS (The International Convention for the Safety of Life at Sea), a detailed treaty that governs safety aboard ship, requiring drills and life rafts for passengers and crew.

Although ships in Antarctic waters might seem isolated, they remain in contact with other vessels and research stations. In the Arctic, small communities are also accessible. In reality, if a ship gets into trouble, it can be reached by others in a matter of hours.

This was proven in 2007, when a Canadian ship ran into trouble in the Antarctic. Although the vessel sank, all 154 crew and passengers were saved after just a few hours in life rafts.

Although rare, medical emergencies are also a concern -- and anticipated. Expedition staff are trained in wilderness medicine, and ship crews include at least one doctor. In case of an incident that cannot be handled aboard, a passenger can be transported to a polar community or an Antarctic research station with medical facilities, which then can arrange for evacuation to an airstrip on King George Island, and onward to a modern shore-side hospital in places like Punta Arenas, Chile.

All these safeguards have developed over time.

Several decades ago, cruise lines and expedition travel companies joined together to protect the polar regions by forming IAATO (International Association of Antarctica Tour Operators) and AECO (Association of Arctic Expedition Cruise Operators). All members have agreed to meet the strictest environmental standards.

"IAATO really does seem to do a phenomenally good job, it has very strict regulations," says Curry. "This is one region where tourism is much better thought out than most places in the world."

Its overarching mandate: Antarctic tourism should have only a "minor and transitory" effect on the environment.

IAATO, for example, tightly regulates how many people can visit landing sites, and requires tour operators to coordinate their itineraries to avoid overcrowding. Only one ship can come at a time. Member lines also participate in a vessel tracking system, so ships can easily and quickly help each other in case of emergencies. It also mandates training for crew and expedition leaders, which is reinforced by exams.

Things are much the same at the other end of the earth, where AECO regulates operations.

Expedition experts, naturalists and scientists say the precautions have worked, striking a delicate balance between environmental isolation and ecotourism.

Taken as a whole, polar cruising may be the best way to protect the fragile regions, Lyons says. Once visitors come, they never forget the experience, and they become the regions' most vocal advocates. "You can't protect and you can't love what you don't know about," he says. And polar cruising changes that.

"We're introducing a group of ambassadors out into the world."