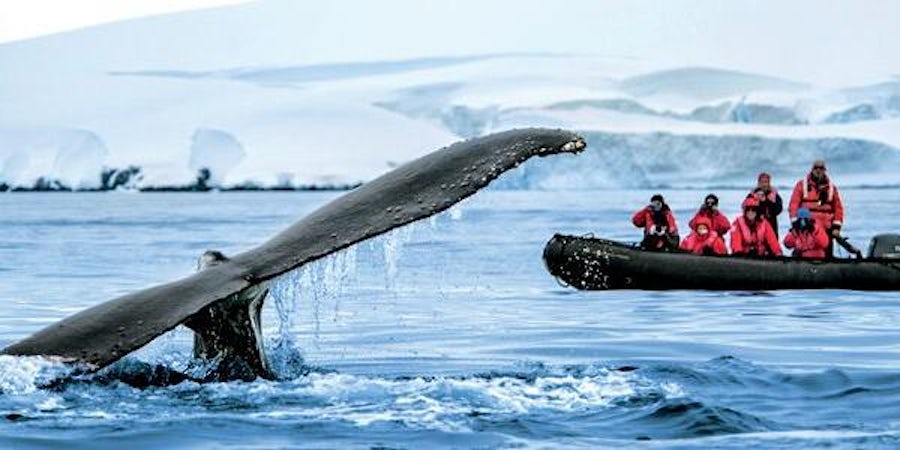 10 Exotic Destinations You Should Visit on an Expedition Cruise

Expedition cruises, in their own intrepid way, are helping to make the world more accessible. The relatively small size of expedition ships -- passenger capacities lean toward the low hundreds, not several thousands -- allows them to snuggle up to places bigger cruise ships can’t go. And when it seems like an expedition cruise has reached its limits and can’t go an inch farther, out come the Zodiacs, helicopters, kayaks and submarines, deploying travelers onward to the next leg of their journey.

To all of this, travelers are saying, “Let’s go!”

Indeed, rugged and relatively isolated places around the world are showing up more frequently on travelers’ radars. Part of this can be attributed to a desire for learning, according to Navin Sawhney, Americas’ chief executive officer of PONANT Yacht Cruises & Expeditions. Speaking at Seatrade’s global cruise conference in March, Sawhney noted, “a huge consciousness around protecting, learning and conservation that’s driving all of this.”

Check out our picks for the top 10 destinations, from those like Antarctica that may already be on your radar, to some, like the U.S. Aleutian Islands and Micronesia, that are just waiting to tempt you. This is the icy continent at the bottom of the world, or as British explorer Ernest Shackleton called it, “the end of the axis upon which this great round ball turns.”

Why it should be on your travel radar: The vast, mostly untouched wilderness has captured the imagination of travelers for generations with its wildlife, icy beauty and lore. It’s a hard-to-get-to destination that’s rightfully on nearly everyone’s bucket list. Why they should be on your travel radar: One of the world’s most diverse populations of pelagic birds makes its home in this UNESCO World Heritage Site. Why it should be on your travel radar: Currents of the Indian Ocean, Philippine Sea and the Pacific Ocean converge here, helping make it one of Earth’s most diverse seascapes. The waters of the remote nation are clear, warm and filled with more than 1,200 species of fish. Palawan, the southwesternmost of the large islands in the Philippines, sits several hundred miles from the capital city, Manila. Coron sits just above Palawan in the Sulu Sea.

Why they should be on your travel radar: Sparsely populated Coron Island’s steep ravines and rock formations helped it gain a spot on the UNESCO World Heritage list. Palawan is more established among travelers, but still features secluded lagoons and shores to explore. The route from the Atlantic Ocean to the Pacific Ocean traverses the ice-laden waters of the Arctic, as you travel through the northernmost U.S. and Canada.

Why it should be on your travel radar: For hundreds of years, the route existed only in dreams. And it proved quite deadly for some of those dreamers. In recent years, climate change and shrinking sea ice have opened it up for passages at certain times of the year. The archipelago of almost 70 volcanic islands arcs from near the southwest corner of Alaska, atop of the Ring of Fire, to about 500 miles off Russia’s Kamchatka Peninsula.

Why they should be on your travel radar: Native, Russian and U.S. cultures mesh amid a potent combination of nature’s power and stark beauty.

Read reviews from travelers in our PONANT cruise reviews. More than 100 islands comprise this island nation in the Indian Ocean, located about 700 miles north of Madagascar.

Why it should be on your travel radar: The number of secluded coves, hidden beaches and undeveloped areas is staggering, and it’s a year-round sunny destination that doesn’t often experience extreme temperatures.

Related: 5 Reasons Why a Cruise to the Seychelles Is Worth the Trek The island country’s northern frontier sits mostly below the Arctic Circle, more than 200 miles from the capital city of Reykjavik.

Why it should be on your travel radar: It’s on almost everyone’s travel radar these days, largely because of the country’s cultural exports and volcanic beauty. Yet, parts of Iceland remain difficult to reach and are open to intrepid exploration. This is an arm of the North Atlantic that reaches up between Canada’s Baffin Island and the western edge of Greenland.

Why it should be on your travel radar: Because of generally difficult conditions, human impact on the deep, wide bay has been minimal. It’s a harsh but rewarding trek for those who make it. The Kimberley stretches along the north shore of the state of Western Australia, across the Timor Sea and Indian Ocean from Indonesia.

Why it should be on your travel radar: Among the vast, remote spaces of Australia, The Kimberley stand out for its frontier wildness and rugged coastline. While it’s three times as large as England, fewer than 40,000 people live here.

Do you want to read more about expedition cruising?_

Michael Yessis' features on travel have appeared in the Smithsonian Magazine, USA Today, and the Travel Channel.