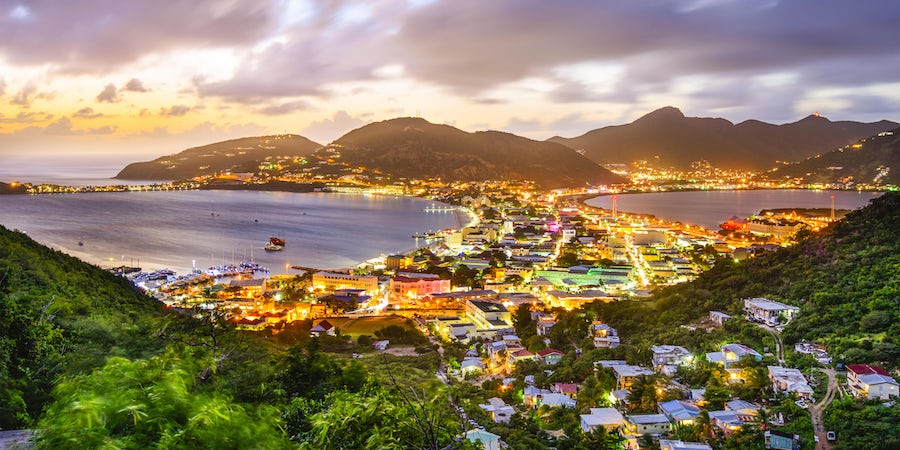 Best Months to Cruise the Caribbean

The Caribbean isn't just one place. In fact, the region most consider as the Caribbean encompasses about 26 different countries and territories overseeing roughly 7,000 different islands. While the culture and offerings of each Caribbean port are truly unique, one thing is surprisingly consistent: the weather. The Caribbean is an incredible year-round destination for cruise ships and part of that reason is the sunny and reliable conditions offered by these islands for many months out of the year.

Unlike Alaska, which has a limited cruise season, Caribbean ports are open January to December, which can make planning your voyage a difficult decision. Luckily, we've broken down a number of factors from the slight changes in weather (yes, there is a rainy season) to average price, so you can feel confident about picking the best month to cruise the Caribbean.

Why: Come for Carnival, and to replace wintry conditions at home with tropical sunshine.

Pricing: January and February can be extremely budget-friendly with cruises from $50 per person, per night.

Temperature: Highs in the mid-80s in the Southern Caribbean, with lows typically no cooler than the mid-60s in places like the Bahamas or Cuba. February is one of the best times of year to travel to the Caribbean, as temperatures are generally pleasant and rainfall is low, especially for the Eastern Caribbean.

Rainfall/sea conditions: January is the beginning of the dry season, with very little rain in Nassau, Bahamas or Kingston, Jamaica.

What to pack: Despite alluringly warm forecasts for the islands you're visiting, don't forget to dress and pack for the weather you're sailing away from (and traveling back into once you return).

Festivals: Carnival, like Mardi Gras, is celebrated across many islands on Ash Wednesday, which typically falls in February, but depending on the year it could be in March. Check your calendar. (It's also worth noting that some islands celebrate Carnival during other times of year.)

Watch out for: Even though hurricane season has officially ended, winter storms in the Atlantic can roll out to sea causing rough waters. Have remedies on hand if you're easily seasick. 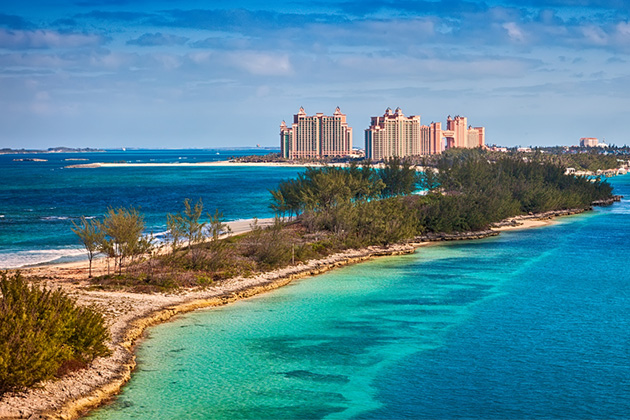 Why: The weather is excellent, and many ships maintain a party-like atmosphere.

Pricing: Most sailings run close to $100 per person, per night. Spring break is a very popular time to cruise and fares could fluctuate during that time.

Rainfall/sea conditions: March is still the middle of dry season; you'll notice very little rainfall in places like Puerto Rico or the Cayman Islands. April is the driest month for southern islands like Bonaire and Curacao. Water temperatures are an average of 77 degrees.

What to pack: If crowds aren't your thing, be sure to bring headphones or earplugs to tune them out.

Festivals: If you're sailing over Easter (March or April, depending on the year), Virgin Gorda (part of the British Virgin Islands) holds a weekend filled with exciting activities and calypso music. In Jamaica, wild parties and parades, known as Bacchanal, take to the streets during both months.

Watch out for: Spring breakers! College kids and families alike take to the seas during these months, with their sights set on the inviting shores of the Caribbean. Expect a bustling atmosphere.

Why: Less crowded than many other months, the early summer season is a prime time to enjoy the Caribbean on the quieter side.

Pricing: Cruise traffic ramps up to prepare for the influx of summer-month vacationers. Short cruises remain relatively cheap, but prices for weeklong sailings increase -- some into the four-digit range, per person.

Temperature: Expect the thermometer to reach the high 80s during the day, but not below the 70s at night.

Rainfall/sea conditions: May and June continue to be dry months for the Southern Caribbean, but May brings peak rainfall for ports in Antigua, Jamaica and Puerto Rico, while June can be the wettest month in Havana and Nassau. The Caribbean Sea averages 81 degrees for most islands during this time of the year.

What to pack: If you're traveling to any ports experiencing a rainy season, be sure to bring some rain gear, like a light poncho and shoes that will dry out easily. Bug spray is also very handy to prevent Zika and other diseases any time of year, but especially during wet months.

Festivals: Beginning at the very end of April and into May, Antigua Sailing Week is globally known for its prestigious sailing races and parties. Tons of music and jazz festivals take place around the Caribbean this time of year, including the Pure Grenada Music Festival in May and the St. Kitts Music Festival in June.

Watch out for: June is the official start of hurricane season, but it is rare that a major hurricane forms this early into the season. Colleges and other schools let out beginning in May, so you might find yourself on a graduation sailing. 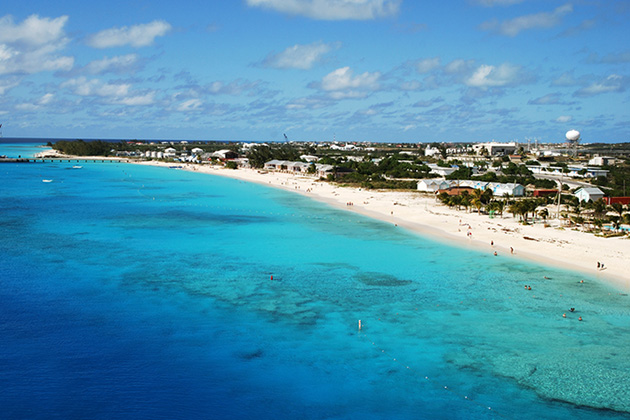 Why: The weather is hot, and the prices can be, too. Summer is occasionally a cheap time to sail the Caribbean.

Pricing: Some say that due to demand, summer can be the most expensive months to cruise to the Caribbean, but that's simply no longer true. Because of increased capacity (more and more ships) in the region, all fighting for your vacation dollars, cruise pricing can be downright competitive for families, couples and friends planning their summer getaway. Travel agents can help locate these deals.

Temperature: While temperatures rise in many places across the U.S. during the height of summer, temperatures in the Caribbean usually stay within the desirable 70s to 80s range and cap at 90.

Rainfall/sea conditions: July brings rain to the Eastern Caribbean, but a lull to destinations in the west like Dominican Republic and Jamaica, where this is their driest month. August is wet in the Bahamas, Martinique and Dominica. Ocean temperatures are at their warmest in August, reaching 83 degrees on average.

What to pack: As with any cruise to the Caribbean, it's important to stay hydrated and protected from the sun. Be sure to pack plenty of high-SPF sunblock (waterproof if you plan to partake in swimming or water sports), a hat and a reusable water bottle you can refill for free on the ship.

Festivals: Crop Over is a summer festival in Barbados that celebrates the end of the sugar cane harvest. During July and into early August, expect special markets, parades and celebrations. In Grenada, Spicemas, held during the second Monday and Tuesday in August, celebrates the island's multicultural heritage with live music and festivities.

Watch out for: It's the full swing of summer, and families are taking advantage of school breaks and vacation days. If you're looking for a more low-key Caribbean cruise this time of year, head to smaller exotic islands. In July and August, tropical storms can reach places like Puerto Rico and islands to the east, most commonly affecting Haiti, Cuba and the Bahamas come August.

Why: Because of hurricane concerns, Caribbean cruises can be deeply discounted this time of year.

Pricing: You will find some of the best deals of the year cruising the Caribbean during the fall, simply because it's unpredictable. Reduced cruise fares can drop below $50 per person, per night. As the end of November transitions away from hurricanes and into the holidays, with Thanksgiving, fares begin to increase again.

Temperature: The temperature in the Caribbean remains steady, within the 70-to-high-80s range. However, this weather might be tempered by winds and rains during stormy conditions.

Rainfall/sea conditions: The rainy season kicks in by September for most of the Caribbean, continuing until November. October is the rainiest month for the U.S. Virgin Islands and the Cayman Islands. Ocean temperatures stay around 83 degrees, but due to hurricane season, sea conditions can quickly become choppy and rough.

What to pack: Even if the forecast looks clear for your cruise, we all know that the weather can turn on a dime. If you're sailing during hurricane season, it's smart to pack a windbreaker, some seasickness remedies and a good attitude about being flexible.

Festivals: Pirates Week is the national festival of the Cayman Islands, taking place in November. As you might imagine, it's a week filled with reenactments and spectacle, paying homage to the islands' rich history and cultural ties to piracy.

Watch out for: Hurricane season is most active during September and October, and officially ends in mid-November. While cruise lines are usually prepared to sail away from storms, it's always a good idea to supplement low fares with travel insurance for incidentals like flight changes.

Why: The family is on vacation, and you all want a break from doing the dishes after a holiday meal.

Pricing: December fares depend on how close you are to the holidays -- winter break increases the demand and prices can spike to reflect that. Look at the first week or two of the month.

Temperature: Average highs and lows in St. Kitts, for example, are 85 and 74 degrees, respectively.

Rainfall/sea conditions: December officially marks the end of hurricane season, and ocean temperatures in the winter hover around a pleasant 79 degrees. It's dry in places like Barbados, Cuba and Jamaica, while remaining rainy in Curacao, which is in the south.

What to pack: Some early stocking stuffers or Hanukkah gifts can be a fun way to celebrate onboard, if you observe. Otherwise, pack your favorite swimsuit, as December temperatures are generally excellent.

Festivals: The Bahamian and Jamaican street parade known as Junkanoo is held on Boxing Day (December 26) and New Year's Day each year.

Watch out for: Even with hurricane season at a close, winter storms can be equally disruptive to flight and travel plans getting to or from your cruise. Budget your time, and travel insurance, accordingly.