You may also like
Dismiss
Mega-Chart: Compare Hurricane Sandy Cruise Line Compensation
What to Expect on a Cruise: Shopping on Cruise Ships
Shopping in Port on a Cruise: What to Expect
Cuba People to People Visa Options for American Cruisers
Can I Use Global Entry at Cruise Ports?
How to Apply for a Cruise Visa
Hidden in the Fine Print: 16 Things You Need to Know About Your Cruise Contract
6 Cruise Ports and Regions That Have Banned Sunscreen (and What to Use Instead)
Carnival Cruise FAQ
How Reassuring are New Cruise Cancellation Policies Really? 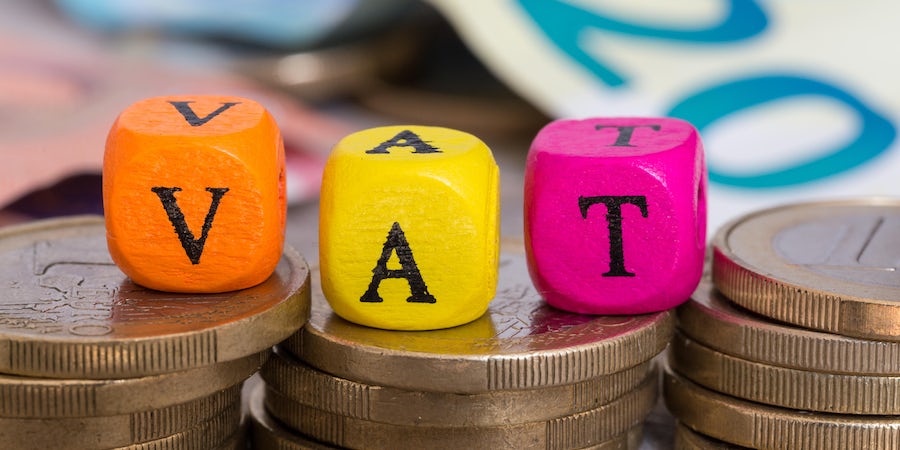 What Is a VAT Tax and Where Will You Find It on a Cruise? (Photo: wsf-s/Shutterstock.com)

What Is a VAT Tax and Where Will You Find It on a Cruise?

What Is a VAT Tax and Where Will You Find It on a Cruise? (Photo: wsf-s/Shutterstock.com)
Melinda Crow
Contributor

Value Added Taxes, aka VAT, affect cruise passengers in a variety of ways, some of which can become quite confusing. Here are the basics you should know about how much VAT you might pay, when it may apply during your cruise and if there are ways to avoid paying it needlessly.

What Is a VAT?

A VAT is like the sales tax found in most U.S. states, in that it is a consumption tax on goods and services. It is known by other names around the world, including IVA, TVA, MOMS, MVA, GST and ALV, but the term "VAT" tends to be used generically when referring to these kinds of taxes internationally.

How Much Is a VAT?

When a VAT applies to a purchase, it can range from as low as 5 percent of your purchase to as high as 25 percent (unless you count Bahrain's sin taxes of 50 percent on soft drinks and 100 percent on tobacco products). Most countries have lower rates for necessities, like groceries, medical essentials, children's clothing and even beer and wine in some regions. Food and beverages consumed in a restaurant may be taxed at a different VAT rate.

When Does a VAT Affect Your Cruise?

Unlike in the U.S., most VAT amounts around the world are already included in the price of the product when you make those purchases on shore. Shipboard purchases, which are normally not taxed at all, create confusion when they fall under a taxing jurisdiction while in port or in territorial waters because the cruise line has to collect the VAT on those purchases.

The boundaries of the taxing jurisdictions can be quite complicated. On cruises where all the ports are European Union countries, for example, the appropriate VAT will be added to all onboard purchases throughout the cruise.

Onboard purchases of alcoholic beverages (including drink packages) while your ship is in port may incur a tax almost anywhere in the world, including in the U.S. We say "may" because each country (and/or U.S. state) determines its own rules for applying the taxes to cruise ship passengers.

In most instances, the VAT also applies to purchases of specialty dining packages, spa purchases and internet packages that are made while the ship is in a port where the taxes are assessed.

Cruise Critic members on the message boards report being taxed on a variety of purchases on embarkation day in Miami, Barcelona, Athens, Rome and Southampton. In an unusual post-cruise VAT scenario, Texas officials are known to position themselves after U.S. Customs clearance in the Port of Galveston to request payment of state alcohol taxes due on bottles brought into the state by returning cruise passengers.

Although VAT is charged on goods and services in some Caribbean countries, most rates are much lower than those charged in Europe. Because many countries have exempted cruise passengers, tax-free shopping is still possible throughout most of the Caribbean.

One exception to this is the Bahamian decision to apply a 7.5 percent VAT to purchases made on private islands. According to a Ministry of Finance guidance document for cruise lines regarding private-island purchases, "All services not included in the cruise line fare are subject to VAT at the standard rate of 7.5 percent."

So, that fruity drink you purchase from your hammock on CocoCay is a little pricier than the ones you buy onboard the ship. Tours and admission to paid attractions on islands owned by the cruise lines are also subject to the tax, even though similar excursions are not taxed in non-cruise-line-owned ports in the Bahamas.

The thing to remember is, in most foreign ports, the cruise line's receipt will likely not break out the tax -- it will simply be included in the higher price.

Confused yet? Cruise lines generally notify passengers through the daily newsletter of major changes in taxes as the cruise progresses, including tax changes that occur due to missed ports of call. Remember that rule about cruises that only stop at EU ports? It automatically kicks in on cruises with non-EU ports scheduled, but not made.

For example, a cruise that sails round-trip from Barcelona without stops in non-EU ports means the appropriate VAT will apply at all times during the cruise. A cruise from Venice to Athens with a scheduled stop in non-EU Montenegro would only incur taxes while docked or anchored in EU ports where taxes are assessed. The same Venice to Athens cruise where the Montenegro port is missed due to weather means the entire cruise is now subject to taxes.

What Is a VAT Refund?

In most cases, VAT only applies to goods and services consumed within the country, not those that are taken home by visitors. That means that if you spend a substantial amount on products that you will be taking home, you may be able to claim a refund. Most European countries have a minimum single purchase amount that must be met to apply for a VAT refund.

But even then, the challenge lies in processing the forms and receipts correctly. Either the receipts or the refund form must be stamped by customs officials in the country in which the tax was paid, making the process a great deal more difficult in embarkation or stopover ports than in departure ports. That's because you normally only clear customs in person in your final port, and often at the airport, not at the cruise terminal, where there may not be a place to file the forms.

In EU countries, you can usually combine EU purchases for one refund, so flying home from an EU airport should give you the opportunity to have the forms stamped and filed. One word of caution -- customs officials may ask to see the items you are claiming refunds on, so having them packed in your carry-on bags is a good idea.

Cruise Critic members on the message boards report having difficulty in getting the proper forms and getting them processed while in many countries, including those in the EU. In some cases, the cruise line may assist passengers by providing information or forms necessary to claim VAT refunds. Detailed information about the refund process in the EU is available from the

What Else Can You Do to Reduce the Amount of VAT You Pay on a Cruise?

In most cases, pre-cruise purchases are exempt from VAT, so drink, internet and specialty dining packages that you purchase from home would not be taxed.

If these purchases need to be made after embarkation, waiting until about an hour after the ship leaves port should avoid additional taxes. This is especially true of U.S. departures.

Avoiding intra-EU itineraries allows at least some freedom from taxes as the ship moves from port to port.

Related: What Does the European Union Opening Mean For American Cruisers?

Likewise, if you have a general idea of where you are likely to spend the most on things to bring home, aim for that port being your final stop when you plan the cruise. An example would be that if you plan to buy several pieces of expensive Murano glass in Venice, it's easier to claim the refund if your cruise ends in Venice or at least in another EU country.