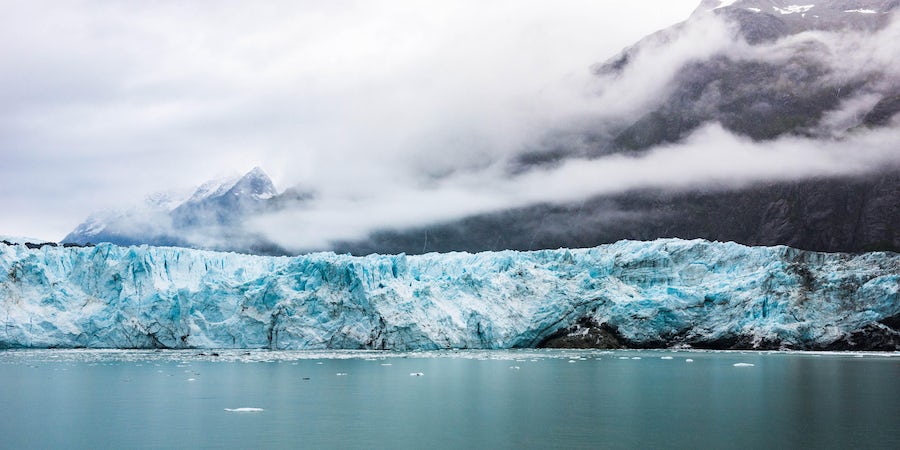 What Is an Alaska Inside Passage Cruise?

The most popular way to take in Alaska's splendors is on an Inside Passage cruise. An Alaska Inside Passage cruise is one that makes a round-trip journey from Seattle or Vancouver, B.C., sticking to the southeastern "panhandle" area of Alaska, an area roughly 500 miles long and 100 miles wide.

The Inside Passage itself is a network of waterways that runs from Washington State's Puget Sound in the south, up the Pacific coast of British Columbia and through the Alaska panhandle. Carved out by glaciers during the last ice age, it's characterized by more than 1,000 islands and islets, coves, fjords and coastal towns, each with its own character. (The term "Inside Passage" is commonly used to refer to the entire region: the land and islands, in addition to the waterways.) The largest national forest in the country, Tongass National Forest, blankets the entire southeast Alaska portion of the Inside Passage, and many glaciers can still be seen.

The Inside Passage is one of the few routes in the world where large cruise ships requiring relatively deep water can safely sail next to steep mountainsides. It was heavily used by prospectors from the American West Coast during the Klondike Gold Rush.

Inside Passage cruises will usually stop at three or four ports. These include historic, Gold Rush-era Skagway; Ketchikan, the "Salmon Capital of the World" and home to a notable number of Native Alaskan totems; and Alaska's capital city, Juneau. Sometimes Sitka, with its heavy Russian influence and alpine meadows, or Haines, known for exceptional fishing and its bald eagle preserve, swaps in. Glacier Bay National Park, or another scenic cruising area like Tracy Arm Fjord, is normally part of the itinerary.

On round-trip Seattle cruises, either Victoria, B.C., home to Butchart Gardens and the storied Fairmont-Empress Hotel, or Vancouver is always in the mix. On any Inside Passage itinerary, you're likely to see some wildlife, whether that be whales, bald eagles, sea lions, porpoises or spotted harbor seals.

The alternative to an Inside Passage cruise is a Gulf of Alaska -- also known as a cross-gulf -- cruise. Those cruises hit some Inside Passage stops, but also ports farther north. They're usually one-way trips starting or ending in Seward or Whittier, Alaska.

The high demand for Inside Passage cruises can be partly attributed to the convenience of ending a cruise in the same place you start it. Plus, they can be less expensive than cross-gulf cruises, which require a typically pricy flight to Anchorage (the gateway for nearby Seward and Whittier). Choosing to depart for the Inside Passage from Seattle over Vancouver can save U.S. residents a little more money still on airfare, and enables them to take an Alaskan cruise without a passport. (Cross-gulf cruises almost always start or end in Vancouver, and flying in or out of Canada requires a passport, though arriving at a Canadian port via a cruise ship doesn't.)

Where there's demand, there are options. Inside Passage cruisers can choose from mass-market lines with massive ships, including Royal Caribbean and Carnival; premium lines like Princess, Disney and Holland America; and luxury lines, such as Regent Seven Seas and Oceania Cruises.

Small ships -- such as the five in the Alaskan Dream Cruises fleet, each of which carries between 10 and 74 typically adventure-minded passengers -- are a lesser-known option. Some of Southeast Alaska's coves are too shallow for huge ships, so small-ship passengers get to enjoy less-traveled ports, as well as a more personalized, up-close experience than what's possible when journeying with thousands of people. Small-ship cruises are usually confined to localized areas within the Inside Passage, and start out from Juneau, Ketchikan or Sitka.