You may also like
Dismiss
Seto Inland Sea Cruise Tips
Sailaway With Jane McDonald Cruise
Where to Find Starbucks on Cruise Ships
Festival at Sea: Immerse Yourself in African American Culture on the High Seas
The Most Exciting Ship Launches in 2020
The Lime and Coconut on Royal Caribbean Cruises (Plus Menu)
Most Amazing Cruise Sunset Photos
10 Royal Caribbean Zoom Backgrounds for Your Next Video Call
Virtual Cabin Crawl: Symphony of the Seas Cruise Ship
Virtual Cruise Trip Report: Onboard a Cruise Critic Member's "Fake, Made Up and Completely Impossible" Cruise Itinerary 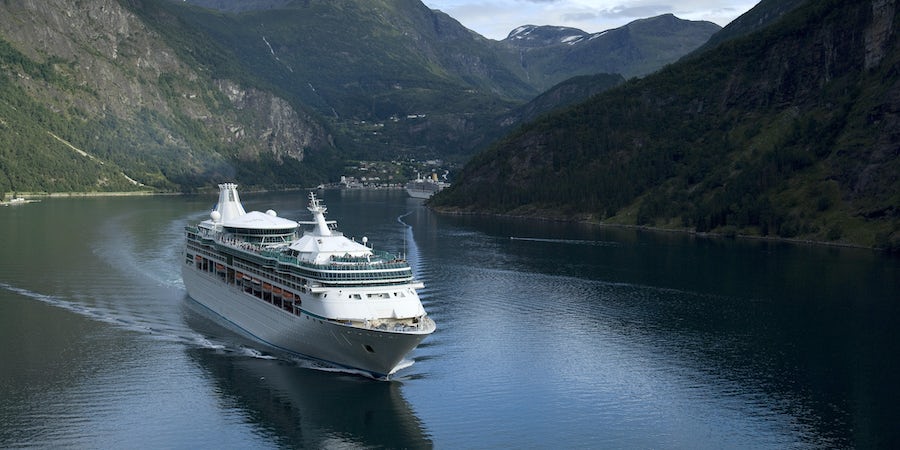 Vision of the Seas

Royal Caribbean's Vision Class is a unique ship class for the cruise line in that all four ships differ slightly in terms of what they offer as well as by size -- though, generally speaking, all are midsized ships built in the '90s and carry from less than to a little more than 2,000 passengers. Like the Radiance Class, these ships are characterized by lots of glass offering greater views of the ocean from interior spaces.

None of the Vision-class ships offer a wide variety of onboard attractions; instead, they maintain a more 'intimate' feel (compared to their behemoth fleetmates) -- with a small selection of specialty restaurants and a handful of Royal Caribbean staples, such as the rock climbing wall, Solarium adults-only pool and the line's signature steakhouse, Chops Grille.

Related: What Royal Caribbean Ship Should You Pick in Alaska?

Onboard life is not the main reason cruisers choose Vision-class ships, as most are the line's destination vessels, sailing in areas like the Mediterranean, Canary Islands and Panama Canal. Exceptions include Enchantment of the Seas, which sails short Bahamas cruises year-round, and Grandeur of the Seas, which sails Caribbean cruises most of the year. Families will appreciate that all Vision-class ships have a Royal Babies & Tots Nursery with for-fee babysitting.

Differences Among Ships Within the Vision Class

Enchantment is the longest ship in the Vision Class, having been stretched in 2005 to add an additional 73 feet to the ship's length.

Rhapsody of the Seas has the largest selection of dining, thanks to the addition of the Park Cafe (an Oasis-class original) that was added to the ship's Solarium. Beyond the main dining room and Windjammer Cafe, it also offers Chops Grille, Izumi and Giovanni's Table; these three venues are also found on Vision of the Seas and Grandeur of the Seas, but Enchantment of the Seas' only specialty restaurant is Chops Grille.

All ships feature the popular Schooner Bar, Solarium Bar and R Bar; Enchantment of the Seas also has the Latin-themed nightclub, Boleros.

The Vision-class ships are best suited for people seeking a more traditional cruise experience that stresses the main dining room and entertainment through activities like trivia, bingo, dance classes and song-and-dance revues in the main theater. Fans of Vision-class ships appreciate the emphasis on relaxation rather than manic activity.

Cruisers who want more dining variety, however, might want to consider Rhapsody of the Seas, which has the most specialty restaurants in the class. Meanwhile, families might fare better on Enchantment of the Seas, which has more recreational options to keep little ones busy -- including a bungee trampoline and kids-only swimming pool (in addition to the main pool).

These destination-focused ships are also the best Royal Caribbean choice for cruisers choosing their sailings based on where they want to go.

Vision-class ships that sail in the Caribbean generally carry a lower price tag than the newer ships sailing that region; those that sail in Europe and the Panama Canal are rarely low-priced.