You may also like
Dismiss
8 Reasons to Cruise on the Refurbished Golden Princess
Man Overboard on a Cruise Ship: What to Expect
P&O Australia vs. Carnival Cruise Line Australia
7 Times You Shouldn't Tip on a Cruise
Dining on a River Cruise Ship: What to Expect
5 Things You’ll Only Find on Holland America
Cruise Ship Dry Dock Archives
Best Ships for a Craft Beer Cruise
Top 10 Cruise and Rail Trips
Just Back From: Azamara Quest in Australia 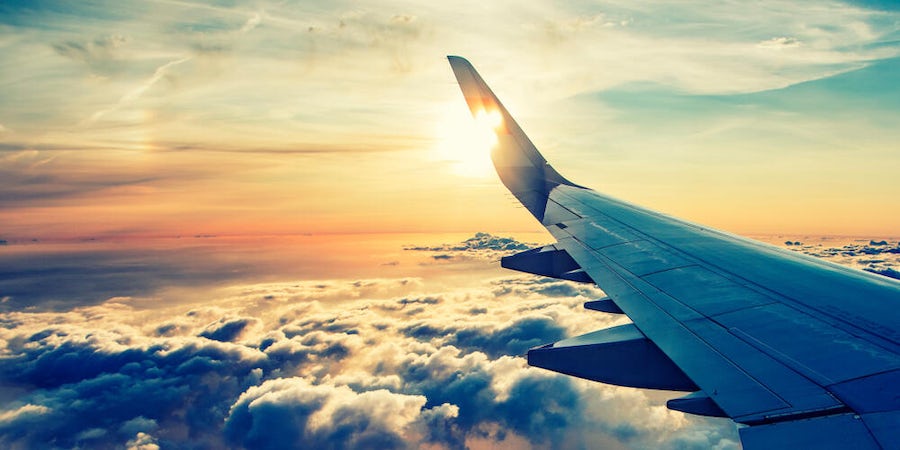 6 Great Travel Innovations that Have Changed the World. And 1 That's About To.

Larry Bleiberg
Contributor
Humans may have always traveled, but it hasn't always been easy. Until recently, leaving home presented endless complications-some as basic as reliable transportation and communication. Luckily for us, though, the last few centuries have seen incredible progress. Now we can explore the world by plane, car or cruise ship with ease that would have been unbelievable in the past.

When these innovations first emerged, their impact was unclear. "The travel industry has always evolved from disruption, whether through the advent of commercial air travel or as the Internet opened up a world of new possibilities," says Clayton Reid, CEO of MMGY Global, a travel marketing and research firm.

We've chosen some of history's most notable travel disrupters - concepts and ideas so fantastical that they still impact the way we travel today. We also are including our prediction about the next travel disruptor to watch for.

It's hard to overstate how the brothers' Wright, Wilbur and Orville, impacted travel. Back in 1905 they flew the first airplane and it changed our world. Before they took to the skies, long trips required lengthy train rides, or excursions in still-unreliable autos, which had only recently replaced horse-drawn coaches.

Related: What it’s Like to Take a River Cruise on the Lower Danube Right Now: Just Back From Avalon View

By the 1920s, global airline companies, like Pan Am and Trans World Airlines, had developed. While initially reserved for business travelers and the elite, by the 1970s, air travel was becoming democratized. With the easing of government regulations, ticket prices plummeted, and still remain historically low. Suddenly, it became possible for almost anyone to fly. Passengers could visit family across the country, take a dream trip to Europe, or join a cruise in the Caribbean. It still is possible.

#2 Innovation in Travel: Would You Believe ... Credit Cards?

Credit cards - Before the advent of plastic, going on a trip meant packing cash, or even a bank's letter of credit. One of the earliest solutions, traveler's checks, offered security if lost, but required special trips for purchase and sometimes lengthy waits at banks to turn them into cash.

Credit cards, which began with the creation of Diner's Club in 1950, quickly changed everything. A simple piece of plastic vouched for a traveler's ability to pay a bill. As cards gained acceptance around the world, making a purchase, even in a foreign currency, became effortless.

Cruise lines, like Carnival, quickly saw the time-saving possibilities, and added Sail and Sign accounts. Passengers received cards (that also opened cabin doors) that could be used to cover expenses, which would eventually be paid with a credit card. It let travelers enjoy their trip without worrying about carrying cash.

Pity the poor traveler before the early 19th century. Those brave (and rich) enough to take a trip faced uncomfortable and unreliable transportation, questionable food and sometimes horrific lodging. Planning such journeys was so complicated that the average person wouldn't know where to start.

That changed thanks to British businessman Thomas Cook. He began to organize and guide trips across the United Kingdom, taking care of all necessities, including train tickets, meals and lodging. Soon he was leading excursions throughout Europe, and the world. Today, in many ways cruise ship companies have built on his legacy, offering travelers hassle-free vacations, freeing them to simply enjoy the experience.

Wheeled luggage-It's an old joke but worth repeating. Man might have invented the wheel in ancient Mesopotamia but it took him more than 5,000 years to put them on a suitcase. In truth, it wasn't until 1970 when a traveler hauling luggage through the Puerto Rico airport was inspired to combine the two, receiving a patent for his invention two years later.

Although it took several years to catch on, the creation liberated travelers. Only a few decades earlier, passengers often hauled steamer trunks on trips, and nearly all baggage was checked. Now travelers can carry-on luggage for short trips, eliminating the need to wait for bags, and to hire porters.

#5 Innovation in Travel: Online Communities Or What We Now Call User-Generated Content

While some travelers rely on websites for crowd-sourced rankings, many other seek them out to research and ask specific questions. And often these virtual communities become real. Cruise passengers often first meet online, and then get together on actual sailings, creating friendships in real life.

#6 Innovation in Travel: Maps On Demand

Only a few years ago, taking a trip meant bringing a map. Before leaving for vacation, travelers would call ahead for detailed directions to their hotel, a restaurant or a museum, and even so they were still likely still get lost. But all that changed with the creation of the Global Positioning System.

Originally developed by the military, an enhanced satellite based system became available to the public on May 2, 2000. Now nearly everyone with a cellphone has access to the world, and turn-by-turn instructions for how to get there. The same technology also aids pilots and ship captains, making transportation and navigation safer, more economical and easier than it has ever been.

And the Travel Innovation That's About to Rock Our World: Welcome to MedallionClass

This new technology is beginning to transform cruise vacations, eliminating bottlenecks and personalizing service in ways unimaginable. The electronic devices, which can be worn on wristbands or as pendants, seamlessly convey information to cruise ship staff—everything from dietary restrictions to spa appointments to food and drink orders. They serve as door keys and allow for the purchases from shops and bars, and also can power gaming and other interactive entertainment experiences.

A MedallionClass location feature makes it simple to find family and friends on board. And its device can act as a personal concierge, recommending ship activities based on a passenger’s stated interests. The information is easily accessed on touchscreens throughout the ship, on cabin televisions, and even on cell phones. In addition, the devices simplify and speed up the often-time-consuming process of checking in for a cruise, and leaving one at the end of the trip.

Travel editor and writer Larry Bleiberg still remembers the thrill of opening his first AOL account. Now he wonders how he lived without GPS, and can't wait until Star Trek technology becomes real and he can beam himself to his next vacation.