You may also like
Dismiss
Bars on Disney Cruise Line
Baseball Cruises: How to Enjoy MLB at Sea
Playmakers Sports Bar on Royal Caribbean Cruises
Why Crystal Is the Luxury Ocean Cruise Line for You
P&O Kids Club on P&O Cruises
Princess Cruises' Discovery at Sea Program
9 Free Things to Do on Norwegian Encore
Best-Kept Secret Cruise Ships
Pictures From the Turner Classic Movies (TCM) Cruise 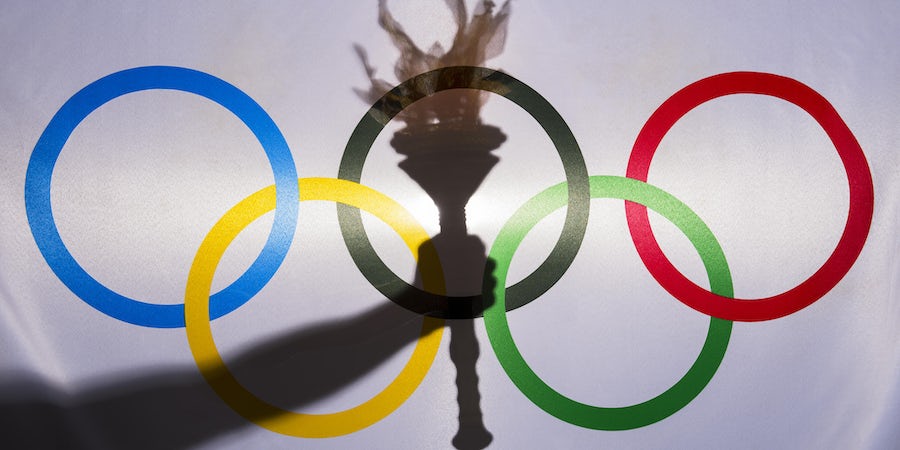 Watching the Olympics onboard (Photo: lazyllama/Shutterstock.com)

Olympics on Cruises: Can I Watch the Games Onboard?

Olympics fever is alive in 2018, with the XXIII Olympic Winter Games taking place in PyeongChang County, South Korea, from February 9 to 25, 2018. Many people love to watch the games on TV, but what if you've planned a cruise during February? Will you be able to watch the Olympics onboard?

Several cruise lines are getting into the Olympic spirit, broadcasting the games via in-cabin TVs and on big screens in public areas around the ship. Some are hosting Olympics-themed events, from competitive events onboard to viewing parties in lounges and theaters. Read on to find out what your favorite cruise line has in store for Olympics season.

Celebrity Cruises will get into the Olympic spirit with its own "Port versus Starboard" games. The ship will be divided in half with passengers from each side of the ship competing in physical and mental challenges such as pool volleyball, archery, a lawn games "Triathalawn," trivia and game shows. There will even be opening and closing ceremonies and medals awarded to winners. For those who just want to watch the real thing, the Olympics will be aired on in-cabin TVs and in the casinos, depending on itinerary. Most ships will not be showing the games on poolside screens as they will be in such different time zones from the games that showing live coverage won't be feasible.

Crystal Symphony, Crystal Serenity and Crystal Esprit will all broadcast the Olympic games on in-cabin televisions. Check with the cruise director or your daily program to find out which channel it will air on your ship. Games might be shown on big screens in public areas, but that is at the discretion of each ship's entertainment staff. Crystal Symphony and Serenity are both sailing world cruises and are offering World Cruise Games, where passengers can compete in sports and games competitions (table tennis, lap swimming, duplicate bridge, etc.), with official opening and closing ceremonies. In addition, former Olympians are making appearances onboard during the world cruise (including John Naber, Dwight Stones and Wyomia Tyus) to give presentations as part of the line's Crystal Visions enrichment program.

Related: Daytime Activities on a Luxury Cruise: What to Expect

Coverage of the Olympics will be available in all staterooms on the Sport24 channel, as well as in the Golden Lion Pub. Big events, such as the opening ceremonies, will be screened in the Royal Court Theatre or Illuminations. Onboard staff are planning some special events, but details have not yet been released.

Olympics coverage aboard MSC ships will be determined on a case-by-case basis, with broadcasts happening live, the following day or in highlight form, depending on each ship's location, time zone and other factors. The coverage offered will be available on all in-cabin TVs; it will also be broadcast in at least one onboard lounge. (Additional lounges will be added if demand is great enough.) Special activities surrounding the Winter Games will be planned individually by each ship's entertainment team.

The Olympics will be shown on all cabin TVs as well as at various bars throughout the ship.

Oceania's six ships will broadcast the Olympics on in-cabin TV channel Sports 24. The games will be shown in public rooms, depending on the schedule in the area of the world each ship is sailing. Check for viewing times and locations in your ship's daily program, Currents.

P&O will show the Winter Games in the sports bar or pub on each ship. Where available, coverage will also be shown on each cabin television on the Sport24 channel.

All ships will show the Olympics on Sports Channel 24.

Regent will broadcast the XXIII Olympic Winter Games on ensuite TVs on a dedicated channel. Select games will be shown in each ship's Constellation Theater, but cruise directors will individually determine which events to show. For the in-theater viewings, the cruise staff will put on Olympics-themed decorations and serve food and drinks.

Cruise Lines Not Showing the Olympics

Cruise lines that will not show the Olympics onboard include Azamara, Carnival, Disney Cruise Line, Fred. Olsen, Holland America, Marella Cruises, Royal Caribbean, Seabourn, Silversea and Viking Ocean. Should your cruise line, such as Royal Caribbean, offer an internet package that allows video streaming, you might be able to watch the Olympics that way on your laptop, tablet or smartphone. You can also catch highlights on in-cabin channels, such as ESPN.