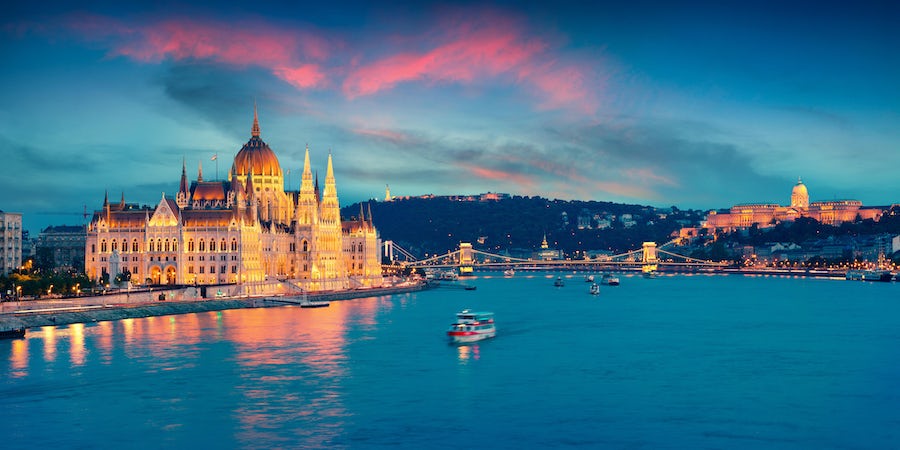 8 Mistakes to Avoid When Preparing for a European River Cruise

River cruises in Europe have grown in popularity during the last several years -- and it's easy to understand why.

Set sail, and you'll take in tucked-away towns, incredible castles and charming European countryside without having to pack and unpack every night. With ample excursions and stops, you get an on-the-ground view of plenty of Europe's best sites. Given these perks, it's no wonder European river cruises ranked as the top international luxury destination outside of North America in 2017, according to Travel Leaders Group.

While this all sounds wonderful, a few errors early on can lead to a less delightful cruise. In fact, without solid preparation, you could have a painfully dreary voyage.

Steer clear of these blunders, and you'll have smooth sailing on your next European river cruise.

Unlike ocean cruises, in which the ship itself is generally a huge attraction, river cruises tend to focus on the places they go.

To ensure you'll enjoy the stops, take some time to read through the itineraries offered. Then select one that lines up with your interests and hobbies.

If you like wine, a cruise that sails along the Rhone and takes you to world-famous wineries might be a good fit. For history lovers, a trip with stops at Berlin or Prague could be intriguing.

The Douro River, which courses through rocky outcrops from Porto, Portugal, to the Spanish border, will yield fantastic scenery.

Many river cruises start and end at spectacular cities, such as Budapest, Vienna, Amsterdam or Paris. To make the most of your trip to Europe, consider arriving a few days early to the port city where your cruise begins -- or stay longer at the place where your trip ends.

Some companies offer pre- or post-trips that you can easily connect to your cruise (many of these also include transfers to the ship). You can also arrange an extended stay on your own before sailing.

An added bonus: If you arrive a day or two early, you'll have a built-in safeguard. If your initial flight to Europe is delayed and you arrive late, you won't miss the cruise departure.

To pack the perfect suitcase, start by checking the average temperature for the places where you'll travel. On many cruises, you'll need a sweater or light jacket even during the summer months, as an evening breeze could create a chill on the boat.

Since you're likely to get in thousands of steps during the excursions, bring comfortable shoes that you can wear all day. Also pack a raincoat and compact umbrella so unexpected rain showers don't catch you off guard.

As you fill up your suitcase, keep in mind that your cabin will likely be smaller than what you'd find on an ocean cruise ship. The less you bring, the less you'll have to unpack in your space.

To make the most of your clothing, think in layers: You might be able to dress up an outfit with a simple scarf or coat.

Don't forget power adapters and a collapsible bag for the souvenirs you'll purchase.

Related: 5 Things to Pack for Your First Cruise

In addition to having a passport that's travel ready, you'll want to make sure you have all your cruise documents in place before heading out.

Bring your driver's license if you plan to rent a car during part of your time in Europe. Also take medical insurance cards, a copy of your prescriptions and a list of the medicines you're taking.

Pack a list of emergency numbers and contact information, such as the phone number to call if your credit card gets lost or stolen.

5. Erring On the Season

The peak cruising season for European rivers generally runs from April to October. But, not all months are created equal.

The shoulder season months can give you the best bargains, but the weather can also be chilly. If you're cruising Europe in April and May or October and November, make sure you pack plenty of warm layers and a rain jacket. Outdoor activities might be less fun than museum visits, so if you're set on biking your way along the Rhine, take your cruise in the summer when you are more likely to have better weather.

Water levels can also fluctuate depending on the time of year. If you're concerned about high water levels, which can make it difficult for boats to pass through certain areas, avoid cruising in the springtime. Very low levels can happen in the heat of the summer, in August or September.

If you've cruised on the ocean, you might be used to relaxing days at sea while the ship moves to the next port.

On a river cruise, boats can often sail to the next destination during the night. This means if you want a full schedule, you'll have it. Taking advantage of the shore excursions often means getting an early start to tour cities, castles, vineyards and other local sites.

You might also choose to explore on your own some days. Consider meandering through a town, stopping at a local cafe and simply people watch occasionally to vary the touring pace.

River cruise ships are much, much smaller than ocean liners. You won't find the same amenities, like several restaurant options each night or activities such as mini-golf and big shows.

In fact, you'll likely be sailing with fewer than 200 people onboard.

Yet small has distinct advantages: You'll have the chance to meet and get to know fellow cruisers, and the staff, too.

And, while there may not be a long list of events onboard, there will be plenty of scenery and sightseeing to fill your time.

Just like other cruises, you'll want to read through the details before booking a river cruise.

While some cruise lines offer all-inclusive packages, it's best to find out exactly what is covered -- and what is not -- in these deals.

Check to see if shore excursions, dinners and drinks, such as wine and beer are included, or if they come a la carte.

Along the same lines, be aware that certain cruise packages cater to specific demographics. Some will offer features that line up with a senior crowd, while others will include appealing perks for those who have just finished school.

To properly plan your trip and budget, look carefully at all costs listed. Make sure the cruise offers features that appeal to you and sights you are longing to see.

After doing your homework, you'll be ready for one of the most engaging ways to tour Europe.