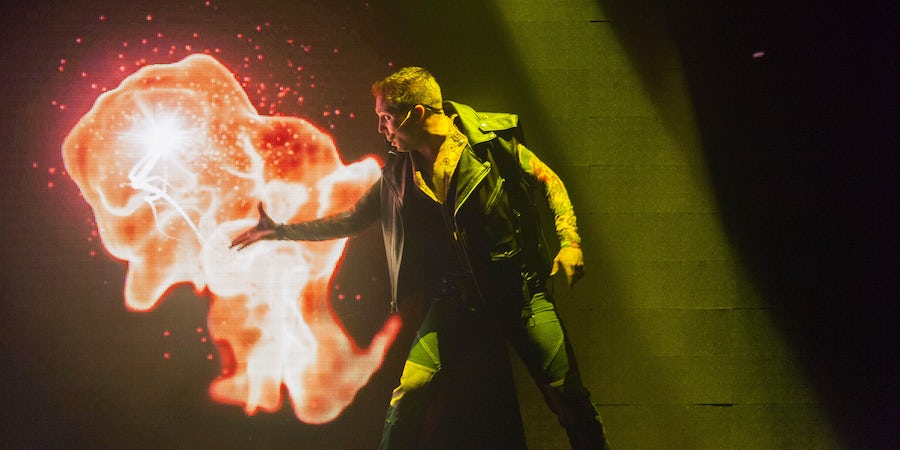 All the major cruise lines cater to a fairly broad market segment, and each of them works hard to design theater productions that will appeal to the widest possible group of cruisers, along with today's shorter attention spans. In 2012, as part of the Fun Ship 2.0 initiative, Carnival Cruise Line began revamping its revues with Playlist Productions.

Playlist Productions on Carnival are faster-paced shows offered in the main theater incorporating high-tech elements along with familiar songs, usually focusing on a specific musical genre.  The shows are also significantly shorter -- 30 to 35 minutes -- and they get away from the flesh and feathers that typified the usual Vegas-style Carnival cruise productions. Almost all of Carnival's fleet have adopted the new format, and currently there are 14 shows in total, with the same show appearing on anywhere from two to as many as nine different ships.

Ships that are used on three- and four-night cruises will likely have only two of the current production shows aboard, while ships running seven- and eight-night cruises generally offer four different shows throughout the voyage. (These are in addition to stock offerings such as the Welcome Aboard show, Towel Animal Theater, and Lip Synch Battle that are found fleetwide.)

The most popular Carnival Playlist Productions include "America Rocks," "Flick," "Amor Cubano," "Heart and Soul" and "Epic Rock." Three new shows are being readied for Carnival Horizon (debuting April 2018), and these will roll out onto older ships in the months after the ship debuts.

Since stage dimensions and sizes vary, dictating the types of props and scenery that can be utilized, shows aren't identical from one ship to the next. Playlist Productions on Carnival Vista and Carnival Horizon have a cast of 12, whereas on older ships, the same shows are staged for a cast of eight. Also, seven Carnival ships are equipped with high-tech LED screens, which use projections that replace some of the props and scenery.

This means that although the plot, songs and costumes are the same for each show, the "America Rocks" you see on Carnival Ecstasy will be different than the one on Carnival Vista, where LED screens pump up the visuals and a larger stage allows for a larger cast.

All Playlist Productions are offered free of charge.

Related: The Best (Free) Things to Do on Carnival Panorama