You may also like
Dismiss
Great Cruise Destinations: 7 Classic Trips You Should Not Miss
Can You Cruise for $100 a Day?
What Are Repositioning Cruises and Why Should I Take One?
Tips for Freighter Cruises
Cunard Line History
Best Months to Cruise the Mediterranean
10 Things to Do on Queen Mary 2
Cunard's Queen Mary 2 Kennels and How to Book Them for Your Next Cruise
How to Save Money on a Disney Cruise
Where You Can Cruise to Onboard Princess' Newest Cruise Ship, Sky Princess 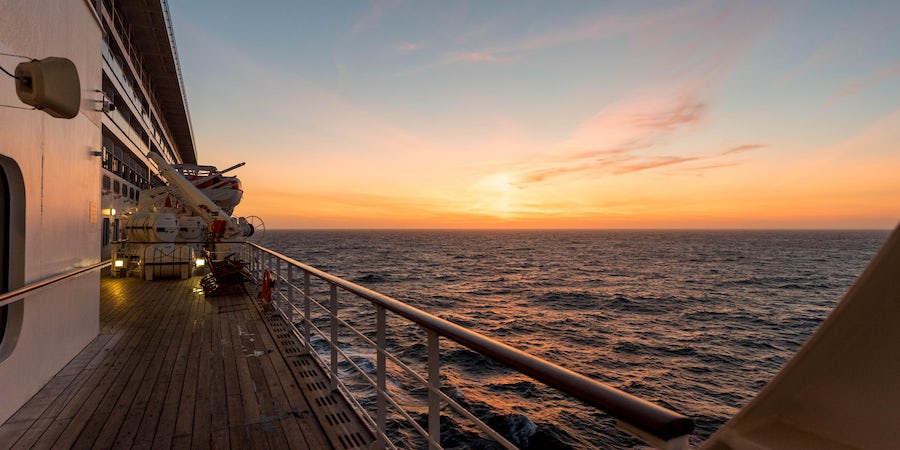 What Is a Transatlantic Cruise?

A transatlantic cruise is any sailing that crosses the Atlantic Ocean, often when repositioning a ship from one part of the globe to another during the change of cruise seasons. Examples include the many ships that sail the warm waters of the Caribbean during winter months, then reposition to Europe for summer.

Repositioning transatlantic sailings can range from 11 to more than 20 nights depending on the speed of the ship and the ports of call on each end of the cruise. The industry trend has been to increase the length of transatlantic voyages by adding interesting ports at one or both ends of the cruise.

Related: What Cruise Destinations Are People Booking for 2021 and Beyond?

The number of consecutive sea days on a repositioning transatlantic cruise can be as few as five when port calls in the Canaries, the Azores, Bermuda or Barbados are used to shorten the actual crossing. Alternatively, the relatively slower sailing yachts of Windstar require 13 consecutive sea days when they reposition between Barbados and Europe twice each year.

Not all transatlantic cruises are for repositioning. Cunard's Queen Mary 2 crosses the Atlantic many times per year in ocean-liner fashion where the cruise acts as an alternative to flying between North America and Europe.

Transatlantic sailings are often bargains with the cost per person per day as low as $50 on mainstream cruise lines and $200 on luxury lines. Crossings on Queen Mary 2 can be as low as $90 per person per night.